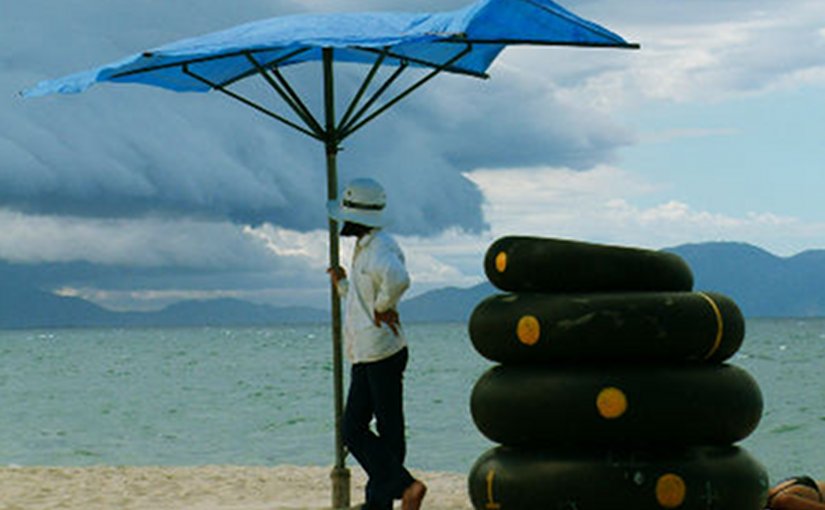 The initiative to provide a bigger role for youths will be one of the main items of the agenda of the 41st AIPA General Assembly, which will be held from Sept. 8 to 10 in the beautiful city of Hanoi, the capital of Vietnam.

Vietnam, which has vast experience in hosting various international summit meetings and conferences, has established the National Steering Committee and the Organizing Committee of the AIPA 41 General Assembly to make preparations for the meeting.

Due to the COVID-19 pandemic, the AIPA General Assembly will be holding its first-ever video conference.

Vietnam wants to make sure that the main focus of the General Assembly meeting will be to promote the cohesion, proactive adaptation and economic recovery of ASEAN after the end of the COVID-19 pandemic.

The contents of the main agenda, according to Vietnam’s Ministry of Foreign Affairs, must be consistent with ASEAN’s priorities as far as economic recovery and prevention and control of COVID-19 pandemic are concerned.

Economic recovery in the post COVID-19 period is very important. For that, ASEAN wants to focus on promoting trade liberalization, investment and digital trade; the recovery and re-operation of global supply chains, especially seaports in ASEAN; policies to ensure social security and the health system; and policies that support the poor and the unemployed, whose numbers have gone up during the COVID-19 crisis.

Another priority issue for ASEAN is to seek commitments from ASEAN member states to create an environment of peace and stability in the region.

As the chair of both ASEAN and AIPA, Vietnam has been trying to create a synergy between ASEAN and AIPA and a common approach and goals in dealing with ASEAN’s current problems.
Vietnam will make a proposal during the General Assembly to connect all AIPA activities with those of the Inter-Parliamentary Union (IPU). The host will also make a proposal concerning the implementation of the UN’s 2030 agenda on sustainable development goals (SDGs).

Despite all the difficulties and challenges caused by COVID-19, Vietnam is ready to host the virtual meeting of the 41st AIPA General Assembly.

“The Vietnamese National Assembly, the current Chair of AIPA, will make all-out efforts to ensure the success of the AIPA 41,” Vu Hai Ha, the head of the AIPA 41 National Secretariat and AIPA 41 content sub-committee, told journalists recently in Hanoi.

As we all know, all countries in Southeast Asia, like elsewhere in the world, are currently facing severe health and economic crises due to the COVID-19 outbreak. Lockdowns and the closing of all international borders among ASEAN member states have disrupted economic activities.

The ongoing economic war and standoff in the South China Sea (SCS) between the US and China over freedom of navigation and overflight have further worsened the situation.

Exploiting the current global health crisis, China – a major claimant in the SCS – has been ‘bullying and coercing’ Southeast Asian countries like Vietnam, the Philippines, Malaysia, Brunei Darussalam and even a non-claimant country like Indonesia in pursuit of its own maritime objectives, which are based on the controversial Nine-Dash Line.

The 41st AIPA General Assembly comes at a crucial time when Southeast Asia is facing severe dual crises and a grave security situation in the SCS. The people of Southeast Asia have high expectations from this important meeting as all the decisions made by AIPA 41 will be conveyed to ASEAN leaders during the 37th ASEAN Summit, which will be held in November in Hanoi.

During the three-day General Assembly, Vietnam wants to focus more on achieving a high consensus among members on burning issues and challenges. For this, Vietnam wants to work closely with Indonesia, the de facto leader of ASEAN. Both Vietnam and Indonesia are strategic partners and have been close friends for the last 65 years. Currently, both countries are non-permanent members of the United Nations Security Council.

It is expected that all AIPA 41 delegates will issue a general resolution covering issues like COVID-19; cooperation in health, economic, educational and cultural areas; empowerment of micro-, small and medium enterprises (MSMEs); respect for international laws, especially the 1982 UN Convention on the Law of the Sea (UNCLOS); self-restraint in the SCS; full and sincere implementation of the Declaration on the Conduct of Parties in the South China Sea (DOC); and an early conclusion of a legally binding Code of Conduct (COC) in the SCS in line with UNCLOS.

National Assembly chairwoman Ngan has recently made an appeal to all parliaments to uphold the spirit of solidarity and join hands with governments to curb the COVID-19 pandemic.

She may call for the unity, solidarity and cohesion in all aspects among AIPA members during the AIPA General Assembly.

Vietnam, one of the growing economies in Asia and a peace-loving country, always wants to turn AIPA into an active and effective body that can work closely with ASEAN for the betterment of the people of ASEAN.

AIPA was established by Indonesia, Malaysia, the Philippines, Singapore and Thailand in September 1977 under the name ASEAN Inter-Parliamentary Organization (AIPO). Vietnam joined AIPO in 1995. In 2007, the name was changed to AIPA.

Vietnam never has a shortage of ideas to revitalize AIPA and transform it into an effective organization that can work side by side with ASEAN, despite the fact that AIPA is structurally not an integral part of ASEAN.

In 2007, Vietnam proposed that AIPA leaders hold a dialogue with ASEAN leaders. The proposal was approved by all members and the dialogue is ongoing. It was a very constructive proposal. Vietnam also played an active role in bringing the issues of women, climate change and MSMEs during the AIPA meetings.

The people of Southeast Asia expect that the 41st AIPO General Assembly, under the dynamic leadership of Vietnam, will bring about positive outcomes to deal with the current health and economic crises as well as maintain peace in the region.