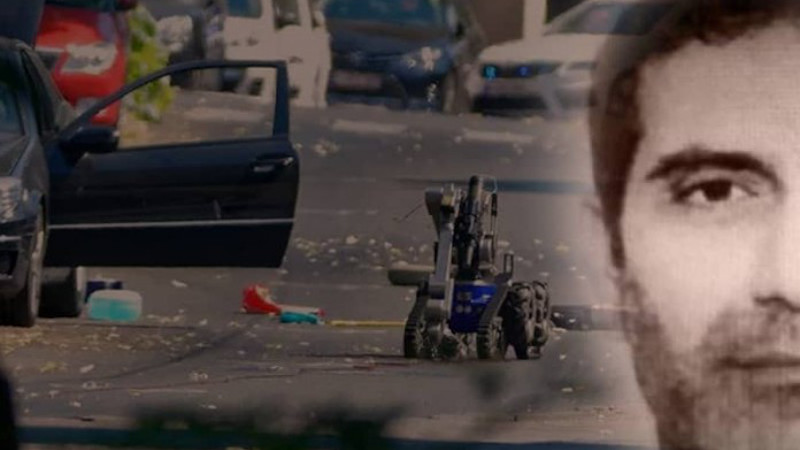 On July 1, 2018, an Iranian diplomat and expert in explosives Assadollah Assadi was arrested while committing an act of terrorism. This type of arrest had never occurred in Europe prior to 2018, although there was evidence that Iran was using its embassies and diplomats as cover for its terrorist activities against Iranian dissidents throughout Europe.

This attack, had it not been thwarted, could have been one of the largest terrorist attacks in Europe because over 100,000 people and political leaders from around the globe were gathered for the event. The decision to move forward with this attack was green-lighted by the highest levels of the Iranian regime, including the Supreme Leader Khamenei, President Rouhani, and several ministers.

The back story behind this plot started with the nationwide protests in Iran during December 2017. The protests were held in over 142 cities throughout Iran. In January 2018, the Supreme Leader blamed the protests on the PMOI/MEK, a long-standing Iranian opposition group. Later that month, President Rouhani called his French counterpart to complain about the MEK and urge the French government to stop hosting the group. The MEK is the cornerstone group of the National Council of Resistance of Iran (NCRI), which is a coalition of opposition groups fighting for a pro-democratic Iran and the end of the oppressive rule of the regime.

The regime sees the MEK as its enemy and the only alternative to the current rulership under the mullahs. After the protests, the regime intensified their efforts to eliminate the MEK, which is seen as a viable threat to their continued rulership.  Key members of the Iranian intelligence and Islamic Revolutionary Guard Corps (IRGC) spoke of how the MEK will be targeted in a place where they do not expect.

From 2017, the sanctioned bombing of the Iranian opposition was planned. Iranian embassies throughout Europe were used to cover up the movements of Iranian spies, including Assadi. He was documented as having made cash payments to Iranians throughout Europe, building an extensive network of spies and informants.

Two of Assadi’s accomplices, the Iranian-Belgian couple Nassimeh Naami and Amir Saadouni, had posed as supporters of the PMOI/MEK for years. They were tasked with planting and detonating the bomb at the rally’s venue. The two were arrested in Belgium with the bomb in their possession. A fourth operative, Mehrdad Arefani, worked with Assadi for years and was positioned within the rally to provide information.

Assadi had years of experience in planning and executing attacks against the MEK in Iraq before being assigned to the Iranian embassy in Vienna, where he gathered intelligence and built his network of spies and informants regarding the movements of the MEK and the NCRI’s leadership and members. On June 20, Assadi was summoned to Iran and on June 22, he personally transported the bomb in his luggage onto European soil using his diplomatic immunity to avoid being searched.

Assadi and his accomplices had been in contact for years, even being trained in Iran as necessary. The group was under police surveillance when the bomb drop was made from Assadi to his agents. These two agents were arrested with the bomb before reaching the gathering. Assadi was arrested in Germany on his return trip to Vienna. Their fourth accomplice was arrested in France at the Villepinte Hall, where the event was held.

Mohammad Javad Zarif, the Foreign Minister of the Iranian regime, attempted to frame the thwarted attack as a false flag, essentially created by their enemies, the MEK, against their own members to be a distraction from President Hassan Rouhani’s European visit. Then he called Assadi a rogue agent, who was not taking orders from Tehran. However, in his remarks to the Iranian parliament in November 2018, he noted that nothing could be done without being reported in and that Iran did not have a system of acting in an arbitrary fashion.

During the investigation by the Belgium authorities, it became clear that this was not a one-man job by Assadi but represented authorization from the regime itself. They pointed to the fact that Assadi worked for the Iranian MOIS (Ministry of Intelligence and Security) and as a diplomat. Both of his bosses report directly to the Supreme Leader. MOIS has been designated a terrorist organization in some countries.

“Terrorism is their number one export,” said Maryam Rajavi, president-elect of the NCRI. She also noted that they hide behind Islam, using religion to justify their terrorist actions. Rajavi noted that they took a great risk in using their diplomat so openly in executing this attack. The regime also fears the uprisings of the Iranian people. Their distraction tactics are no longer working and the regime fears that if the MEK and the opposition continue to grow their influence with the Iranian people, it will mean the end of the regime itself. She called for MOIS to be designated a terrorist organization by the EU and its agents to be prosecuted for their actions. Rajavi also called for Iranian embassies, religious, and cultural centers to be shut down to ensure the safety of Iranians as well as Europeans throughout Europe.

Appeasement and negotiation efforts have not stopped these types of attacks by the Iranian regime. Instead, the regime is emboldened by little to no consequences for its actions from the international community. The arrest, trial and the given verdicts with 20 years of imprisonment for Assadi and15 to 18years for  his agents marks a sharp turn for the Iranian regime, whose operatives are being held accountable by the European governments for the first time. The question is whether Europe will abandon the appeasement tactics, thus removing the sense of immunity the regime operates under and prosecute the regime’s agents for their terrorist actions.

The article The Arrest And Trial Of An Iranian Terrorist Posing As A Diplomat – OpEd appeared first on Eurasia Review.