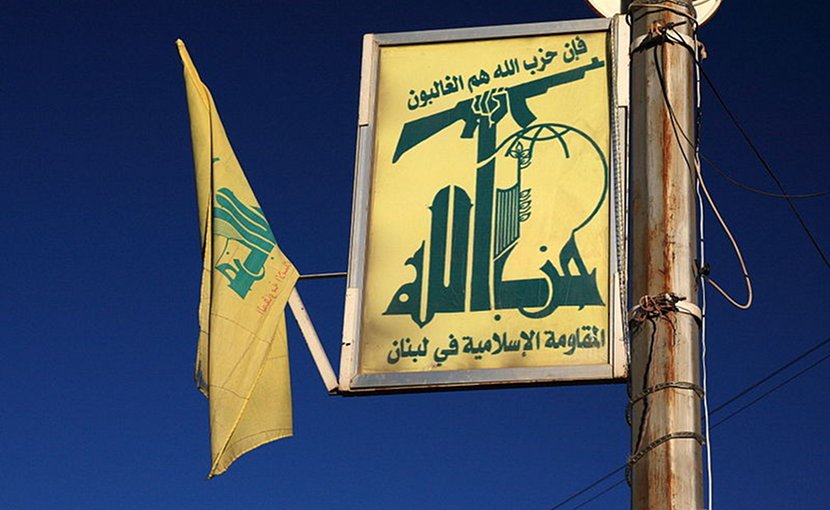 The killing of Luqman Salim — the adamantly anti-Hezbollah Shiite intellectual and activist, who was found dead in the southern region of Zahrani on Thursday — marks a significant change in Lebanon. The country has been sliding into chaos, intensified by the spread of the coronavirus disease. The riots that took place in the north last week gave an indication of the involvement of Saraya Al-Muqawama, an arm of Hezbollah, in recruiting Sunnis. The explanation of the riots was that Hezbollah wanted a distraction from the pressure that is building on it. However, the killing of Salim, if it was carried out by Hezbollah, is a clear signal that the group is desperate.

Since the inception of the 2019 protests, which aimed to overturn the sectarian system in Lebanon, Hezbollah has been against them. However, the group was most ferocious when it came to dissent coming from within the Shiite community. Hezbollah and its sidekick Amal have monopolized the representation of this community. Any Shiite who rises through the ranks of public life has to go through their channels. In return, Hezbollah offers social services that the government itself does not provide, such as schooling, healthcare and employment. These social services, coupled with a hardcore ideology, guaranteed the blind loyalty of the community.

It was very common to hear people say “we would give our lives for the sake of the shoe of the Sayyid” (meaning Hezbollah leader Hassan Nasrallah). However, you don’t hear these expressions of devotion as much as you used to. The ideology is dwindling. The line of “resisting Israel” does not pan out, especially since Hezbollah shied away from responding to Israeli provocations in Lebanon and Syria and instead focused on protecting Bashar Assad, the criminal dictator. Meanwhile, the economic crunch and sanctions are taking their toll on Hezbollah’s ability to provide comfortable standards of living for the Shiite community.

At the beginning of the protests, Hezbollah violently crashed the movement in Shiite areas. Protesters’ tents in Nabatieh and Tyre were destroyed. Those who went on social media to criticize Nabih Berri, the head of Amal, or Nasrallah were beaten up and forced to apologize. However, discontent kept brewing and dissent spread.

Salim was perceived as a threat. My friend who worked closely with him told me that he was the one who had the ability to split the Shiite street and create a new anti-Hezbollah movement. Salim was open about his relations with the US and European countries and was not intimidated by the accusation of being a “Shiite of the embassies.” Hezbollah has a habit of accusing anyone who does not toe the line of being an “agent” for Western powers, executing the agenda of the US and Israel. However, such an assassination would be a high-risk gamble if it was carried out by Hezbollah. Salim was a high-profile personality, unlike the regular young people who criticize the group, get beaten up for misbehaving and no one hears about them again. The assassination of Salim earned condemnation from the US secretary of state as well as from France, the EU and international organizations.

One journalist wrote that Salim was killed while arranging for the defection from Hezbollah of someone who was involved in the organization’s money-laundering activities. If this is true, then Hezbollah is in deep trouble. If the person who launders money for Hezbollah is willing to expose it, this means that the close circle of Hezbollah can lo longer be trusted. In 2006, at the height of the confrontation with Israel, Nasrallah used to brag that not even Mossad, with all its might, could infiltrate Hezbollah because the organization was solid as a rock and all its members were loyal.

Maybe this cohesion is starting to crumble amid the pressure stemming from sanctions and the loss of the party leadership’s credibility.

Hezbollah is not only on the US’s bad side, but also that of the European countries. It is believed that Germany’s decision last year to designate Hezbollah as a terrorist organization, removing the distinction between its political and military wings, was taken because an ammonium nitrate store was found in the country. This highly explosive substance, which was the cause of the catastrophic Beirut explosion, bore the fingerprints of Hezbollah. To add to that, its drug smuggling operation is being uncovered around the world. Late last year, the Italian authorities revealed that a shipment of nearly 15 tons of Captagon tablets that was seized in 2019 was smuggled into the country by Hezbollah.

Hezbollah is definitely in a tough spot: It is losing its grip on the Shiite community and international pressure is increasing. Of course, the killing of Salim might intimidate “Shiite dissidents,” but it might also have the opposite effect. Another anti-Hezbollah Shiite intellectual, Mona Fayyad, defiantly said that the murder was to teach others a “lesson” but that “they will not remain silent.” The murder will also give the US a tool to increase the pressure on the group, as well as the pressure on the Lebanese government to lead an investigation that could incriminate the group. Salim’s wife has bluntly accused Hezbollah and demanded an international investigation into his death.

This might be the cue that Hezbollah’s enemies needed to turn on the group. Surely Hezbollah would have thought of all these consequences, but desperate people take desperate measures. It is still too early to pass judgment, but one thing is for sure: If Hezbollah is behind this hideous crime, then it is digging its own grave.

The article If Hezbollah Is Behind Luqman Salim’s Murder, They’re Digging Their Own Grave – OpEd appeared first on Eurasia Review.