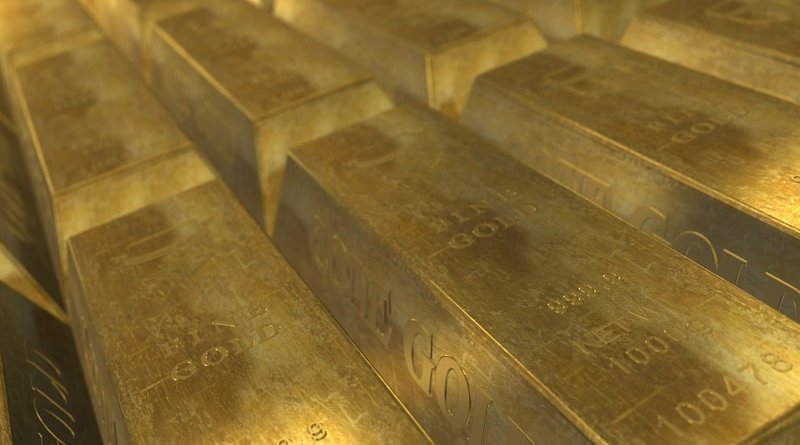 Never mind that the US Treasury’s indictment late last year of Switzerland as a currency manipulator rested on some flawed evidence and does not identify the crime. The clash between Washington and Berne marks another episode in this alpine nation’s dark history of trucking with foreign repression rather than developing its potential as a global haven and beacon of freedom. Occasionally there have been bright interludes but none so far with respect to the last quarter century of growing monetary repression as led by the US and now prevalent throughout the world.

The Trump administration’s Treasury based its indictment of Switzerland on crossing the three boxes on the ridiculous checklist for manipulation inherited from the Obama Treasury—current account surplus, bilateral trade surplus with the US, and foreign exchange intervention during the past year all above the permitted ceilings. There was no mention of the strongest basis for the charge of manipulation—failure to reverse huge past intervention and the deepest subzero interest rates in the world. The smugness of the top Swiss monetary bureaucrat’s response to the indictment, declaring that the Swiss National Bank (SNB) would continue with its massive interventions as appropriate, seems to have impressed markets where the Swiss franc (CHF) is well below its pandemic high point against the euro. The bureaucrats may yet have to eat humble pie if the Swiss government is serious about striving for a free trade deal with the US.

It could have all been so different. Think back to the early and mid-1970s when Switzerland was ahead of Germany in defying the repressive inflationary monetary hegemony of the Arthur Burns Federal Reserve. The SNB instituted a strict monetarist regime and allowed its franc to float freely and sharply higher.

Monetarism as practiced in the 1970s, however, was not a secure basis for a Swiss pathway to sound money through the 1990s and beyond. The SNB totally failed to build an alternative firmer foundation. Instead, in 1999, it followed the US and the global central bankers’ club in adopting an inflation target, albeit somewhat lower in effective terms than that of the US and the European Central Bank, jettisoning in the process the automatic mechanisms and monetary controls which functioned during the monetarist era.

What the Swiss Should Have Done

If serious it had been about the franc’s future as a sound money, the SNB would have redesigned its monetary system so as to broaden and deepen the demand for monetary base (sometimes described as high-powered money). Then there would have been grounds for confidence that strict control of monetary base expansion within a low annual limit would imply a tendency for domestic goods and services prices to revert to an unchanged mean over the long run. One promising element of redesign would have been to eliminate deposit insurance while simultaneously modifying regulations so as to permit banks to issue a new category of supersafe sight deposits backed 100 percent by either banknotes or reserves (all non–interest bearing) at the central bank.

Under this redesigned monetary system there would have been no carry trade boom in Swiss francs during the years 2000–07, which was a testament to the SNB’s inflationary stance at that time. It was the bust of the carry trade during the Great Crash of 2008 and then the European sovereign debt crisis of 2010–12 which generated huge upward pressure on the franc. The SNB responded to that with massive foreign exchange intervention, which it justified as countering disorderly markets.

When the crisis passed, however, the SNB did not embark on any normalization of its massive foreign exchange reserves back to normal levels. Instead, the SNB turned itself into one of the world largest sovereign wealth funds, financing this by issuing franc certificates subject, in effect, to a high monetary repression tax. Persistently the SNB has added to its mass of foreign exchange holdings (reaching 130 percent of GDP in 2020) so as to continually stabilize the franc-euro rate, albeit at times losing control.

Under the hypothetical sound money regime, the franc might well have climbed to lofty summits amid much volatility—perhaps even above 1.40 euros/franc (0.93 end January). This would have caused some pain to certain businesses in Switzerland concentrated in the export sector or import-competing areas. Businesses there might well have cut overall wages as quoted in nominal francs sharply at first. In these early stages import prices in francs would have fallen steeply; wages in francs as averaged across all sectors would also have declined but by less than prices in general. The internal and most of all the external purchasing power of franc-denominated assets would have risen. In the long run these price falls in Switzerland would have gone into reverse as the expansion of the monetary base continued.

The Benefits of a Strong Franc

Crucially, the huge surplus of Swiss savings would have seeped to a considerable extent into foreign assets purchasable with the benefit of a sky-high price for the franc rather than flowing directly or indirectly into SNB debt at repressed subzero interest rates. With the Swiss currency at the mountain summits, there would have been broad expectations of a long-run tendency for it to descend somewhat over the long run. Hence from the viewpoint of Swiss investors the rate of return on nonfranc assets, as on franc assets, would have been higher than from the perspective of individuals in the interest income famine universe outside Switzerland.

The franc itself would have enjoyed a renaissance as a global investment money, bringing considerable advantage to the Swiss financial sector. Foreigners who had adopted the franc early on would have gained too. The Swiss would have avoided the stress and toil or residential real estate inflation, with houses remaining much more affordable. Swiss households would have been sheltered in some degree from the setback to prosperity which will follow the virulent global asset inflation of the past decade and beyond. Malinvestment globally, though, would also have exerted its toll to some extent on Switzerland. Even so, the example of Switzerland would have been a beacon for when the policies of inflation failed.

Back to the real world: there is now much political force in Switzerland behind maintenance of the monetary status quo. A sudden transition to sound money would trigger a collapse in the Swiss real estate market, inflict massive losses at the SNB, and in effect bankrupt vast sectors of the pension fund and wealth industry, where the dominant strategy has been salvaging yield by buying foreign assets.

So how could Switzerland as a nation repent for its recent past and open a brighter chapter in its history as a haven for freedom, in this case monetary?

Here is a suggestion which draws on this nation’s key position in the world gold market. Switzerland could break with the globally pervasive regulations which suppress the potential of gold to develop fully as a nonstate money. Swiss banks, already expert at servicing gold deposit accounts for their clients, would get permission to establish a clearinghouse in Zurich for settling transactions between themselves in the yellow metal (in, say, kilogram gold bars deliverable in Switzerland), thereby facilitating direct payments in gold by their clients for goods or assets without having to pass through the US dollar. All regulatory restrictions on making gold-denominated loans would lapse.

Alongside this deregulation with respect to gold, the SNB would end negative interest rates, returning to permanent zero rates on bank reserves. Small steps on their own, perhaps, but the start of big progress.

*About the author: Brendan Brown is a founding partner of Macro Hedge Advisors (www.macrohedgeadvisors.com) and senior fellow at Hudson Institute. As an international monetary and financial economist, consultant, and author, his roles have included Head of Economic Research at Mitsubishi UFJ Financial Group. He is also an Associated Scholar of the Mises Institute. His latest book is The Case Against 2 Per Cent Inflation (Palgrave, 2018) and he is publisher of “Monetary
Scenarios,” Euro Crash: How Asset Price Inflation Destroys the Wealth of Nations and The Global Curse of the Federal Reserve: Manifesto for a Second Monetarist Revolution.

The article Gold Could Offer A Way Out Of Switzerland’s Failing Inflationist Experiment – Analysis appeared first on Eurasia Review.