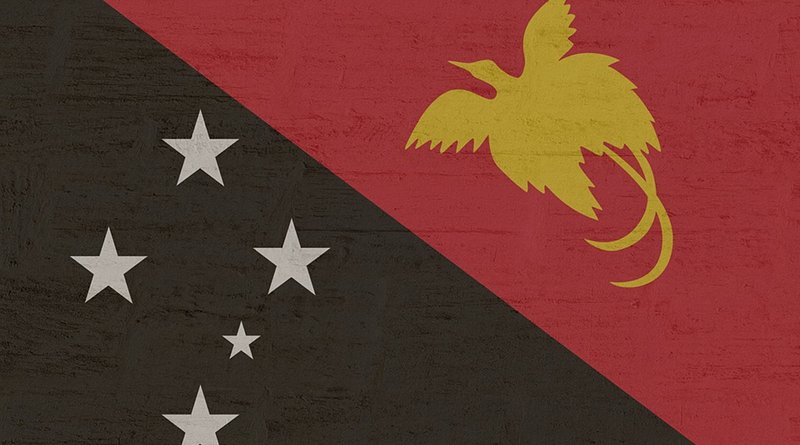 Treacherous waters require careful navigation, an understanding of shifty and shifting allegiances.  The goal for the prudent statesperson is the pursuit of self-interest without alienation.  In that regard, Papua New Guinea is proving increasingly interesting, finding itself between playground thugs with varying degrees of form.  It has refused to cold shoulder the People’s Republic of China, signing to its Belt and Road Initiative.  It also continues to accept the patronising largesse from Australia, a country increasingly hostile to Beijing’s ambitions in the Asia-Pacific.

Last week, the Australian press were particularly excited by “leaked” documents revealing a proposal from Hong Kong registered company WYW Holding Limited to create a “New Daru City” comprising an industrial zone, seaport, business and commercial zone.  To this would be added a resort and residential area.  In total, the entire enterprise would cover 100 square kilometres.  A very PRC sort of thing in terms of massive promise.

The proposal was apparently outlined in a letter to PNG Prime Minister James Marape in April 2020 by the company’s chief executive Terence Mo, containing an “investment and development plan” stressing the development of PNG’s Western Province.  It would involve “an agreed Sovereign Guarantee based on a long-term BOT [Building Operate Transfer] contract.”

Daru featured in the news last December, when a memorandum of understanding signed between Fujian Zhonghong Fishery and the PNG government to build a “comprehensive multifunctional fishery industrial park” valued at $204 million was revealed.  Daru Mayor Samuel Winggu admitted at the time that the project came with mixed blessings.  Environmentally, it might be disastrous for marine life.  But China’s presence might be “reluctantly” accepted “because they might come in to provide some form of employment.”

Members of the PNG government are being coy on such matters.  The national planning minister, Rainbo Paita, has gone so far as to claim that the government has yet to be presented with the proposal by WYW Holding Company.  “We have no plans for any such zones for Western Province.”  Paita also insists that the message had not been seen. “If there is a letter, then we have not viewed it yet.”  Claims for developing “an economic zone and industrial zone” were simply not true.

This is not to say that offers are not welcome.  A spokesman for Marape did tell the ABC that, should a foreign investor wish “to come to PNG with multimillion kina investments, PNG will not stop them … on condition our legal laws are complied with and local Papua New Guineans benefit.”

Australian commentators on the issue of Chinese manoeuvring in PNG are invariably slanted.  The heart of the inner patriot beats in agitation at Beijing’s actions.  Robert Potter, former ministerial advisor in the Australian government, is full of warning about China’s funding tactics, though admits that a more complex picture is being painted.  China might offer funding opportunities to PNG in the form of, say, promises to fund fibre optic connections, 4G towers and data centres.  But in doing so, the PNG government has been left owing China’s Exim Bank $470 million for the NBN1 3/4G project and the Kumul undersea cable.

The Australian Strategic Policy Institute, a think tank parked in the Australian security establishment and bankrolled by US sources (among others), is also fretting about the $39 billion super venture and the fishery industrial park.  On the latter, concern is expressed that Beijing is “increasing its efforts to undermine our influence in Papua New Guinea.”  With its intended location on Daru Island, “the closest PNG community to Australia and only 200 kilometres from the Australian mainland”, the development would “throw Australia off balance” and deplete local fish stocks.

Michael Shoebridge of ASPI is taking the lead in sounding the alarm on the New Daru City project.  “Australian policy makers and business leaders with PNG interests would be wrong to be all complacent because of what the proposal shows about Chinese intent in our near neighbourhood, and for the way such proposals might land in the complex of PNG politics.”  This language is that of our prized backyard being threatened, the vassal state of PNG easing out of Canberra’s secure orbit.

Shoebridge expresses a view both condescending and impotent, assuming that such Chinese efforts compromise PNG independence while confessing that Australia is powerless to prevent it.  Canberra’s sense of ownership, in other words, is waning. In doing so, he shies away from the obvious and insidious point about how long in duration Australia has kept the umbilical cord to that unfortunate state functioning.  “The combination is a dangerous mix with real and adverse implications for the region’s security, and PNG’s development and sovereignty.”

Home Affairs Minister Peter Dutton has also discovered the concept of sovereignty, a mighty fine thing, given Australia’s willingness to bribe countries in the Pacific to become surrogates for processing refugees and asylum seekers who would otherwise be processed on Australian territory.  To the Nine network, where scrutiny of his actions is minimal, Dutton was concerned that there were “all sorts of sovereignty issues” and “local issues, in terms of landowner and land rights, that I think would provide a significant hurdle.”

ASPI also assumes that those sneaky authoritarians in Beijing are playing up to their usual inscrutable form.  Why build such a “multi-billion-dollar metropolis in remote Western Province”, to be run by Chinese entities for a lengthy period, not to mention “a fish processing facility scaled for more fish than swim in the waters around Daru”?

It might have made more sense to realise that PNG, precisely in being sovereign, is making its own arrangements.  Security cadres in Canberra and Washington take issue with the fact that the natives are showing initiative.  Shoebridge even comes close to accusing the country of being a harlot of international relations.  “Promises of millions – even billions – of dollars for a remote province are attractive not just for the Moresby government but for provincial leaders who need to deliver funds to local supporters.”  The sort of cash, in other words, Australia is simply not interested in supplying.