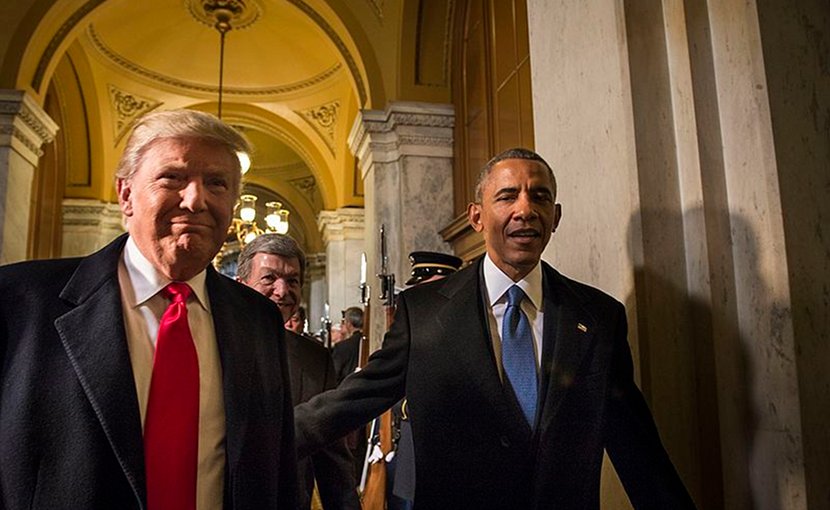 Donald Trump’s power as president of the United States comes from the fact that he was elected president, not because he is Donald Trump. President Trump’s presidential power will be transferred to Joe Biden on January 20 when Biden is inaugurated as the next president. Democratic government is governed by democratic institutions and people gain political power based on the positions they hold rather than based on who they are.

Despite President Trump’s claim that the election was fraudulently stolen from him, he was unable to hold on to the office. He brought political pressure on governors and state legislatures, and filed many lawsuits, but was unable to change the election outcome.

I’m not disagreeing (or agreeing) with Trump supporters who claim that if the votes had been fairly counted, Trump would have won. Whether that is true is irrelevant to the argument I am making here. There are established procedures in place to evaluate those claims, and going through those procedures, Biden was declared the winner. Democratic institutions successfully initiated a change in presidential power.

Americans are likely to take the triumph of democratic institutions in this election for granted, because that is how American government works. But look at Russia, where Vladimir Putin has changed their political institutions so he can remain in charge indefinitely, and China, where President Xi Jinping has done the same.

Putin and Xi have been able to claim political power because of who they are; something President Trump was unable to do. Trump claimed to be the rightful winner of the 2020 election and filed lots of lawsuits to try to hold on to the office, but unlike Putin and Xi was overruled by democratic institutions.

Would Trump have won if the votes had been fairly counted? Again, that is irrelevant for the issue I’m discussing. Putin and Xi changed the rules in their countries to allow them to hold on to political power. Trump wanted to do the same thing, most obviously when he incited his supporters to storm the Capitol as the electoral votes were being counted. Democratic institutions are strong enough in the United States that Trump had to play by the rules, and democratic institutions put him out of office.

Maybe the rules should be changed. Maybe elections need more oversight. Maybe mail-in voting is more subject to fraud. But rules and procedures were in place before the election, and the institutions were strong enough that Trump had to work within them.

It is easy for Americans to take the strength of democratic institutions for granted, because that’s how things work here. But when they are compared to how things work in other parts of the world, we should be thankful that they work so well.

The article Democratic Institutions And The Transition Of Presidential Power – OpEd appeared first on Eurasia Review.