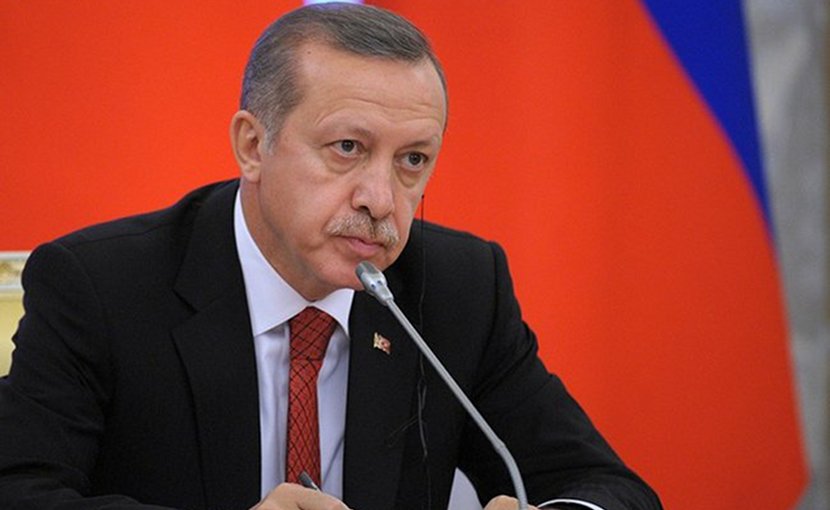 At the EU summit on Sept. 24-25, European leaders will decide whether or not to impose sanctions on Turkey. Most of them agree on confirming the existence of obnoxious Turkish policies, guided by President Recep Tayyip Erdogan, in Syria and Libya, with Hamas and the Muslim Brotherhood, and not least in the Eastern Mediterranean, which could descend into a war with Greece.

The general impression is that so much aggressive and provocative foreign policy is evidence that Turkey is pursuing expansionist territorial ambitions. Many politicians say there is no need for any further demonstration of Turkey’s interventionist intent. While there is a common agreement found among most of the Europeans regarding Turkey, they do not concur on how to express their stand.

In the US, the Office of Foreign Assets Control last year imposed sanctions on Turkey, punishing it for its military actions in Syria. However, they were lifted after just four days, when a cease-fire was signed. Afterwards, the US House of Representatives passed the “Protect Against Conflict by Turkey Act,” which could impose sanctions on Turkey if it becomes law.

Initially, the likelihood of sanctions being imposed by Europe and the US on the government of Erdogan was high. But the more important issues are: What demands Europe and America will place on Turkey and what the West’s conceptions are of their standing with the Arab and Islamic worlds.

To answer the first question is to assign the very basic motives of the West’s political interest being to avoid a clash between Turkey and Greece in the Eastern Mediterranean; to stabilize the situation in Syria; to offer protections for the Kurds inhabiting lands in more than one country; to end the civil war in Libya; and to check Turkey’s support for the Islamists.

Ismail Haniyeh, the leader of Hamas in Gaza, last month visited Turkey and met with Erdogan. He congratulated the Turkish president on the country’s discovery of a new natural gas field in the Black Sea and on the dedication of the Hagia Sophia as a mosque. The US and Europe recognizes that the policies adopted by Turkey are not being justified by many Arab or Islamic countries, and are indeed often criticized.

One European measure against Turkey could be the application of what was agreed in November 2019, when the EU established the legal framework for sanctions such as travel bans and asset freezes but left the names until a later date. That move was to punish Turkey for its drilling explorations in Cyprus’ territorial waters. Perhaps this month’s EU summit will see these legal schemes invoked and a number of Turkish officials sanctioned.

But will this stop Turkey? Ankara will likely flout any sanctions imposed on it, insisting that it should not be burdened by the outside world for pursuing its economic interests and that it has no obligation to abide by them. Turkey could also exploit the disunity among the Europeans in how to deal with this issue. France, Greece and Cyprus favor a strong confrontation, while Germany, Spain and Italy lean more toward a mild rebuke. In the US, Congress is more confrontational with Turkey than the Trump administration.

Ultimately, a fair question is: If there are to be US or European sanctions against Turkey, would they lead to greater Turkish-Russian cooperation? It is possible that sanctions would lead to more Turkish-Russian cooperation, but not, however, a closer friendship because the two countries have different plans for the current and future situations in Syria and Libya. The Russians’ complaints against Turkey have grown since the latter began using its military power against Moscow’s Libyan ally Field Marshal Khalifa Haftar.

It must also not be forgotten that Erdogan is facing much domestic opposition due to the same policies that are aggravating the Europeans and the Americans. Importantly, any sanctions against Turkey will either scuttle or perpetually delay its application to join the EU. The longer the accession process is delayed, the more prevalent the religious-nationalist trend in Turkish politics and society, which resents the perceived European arrogance toward them and that sees the EU as a “Christian club,” will become.

Finally, Erdogan’s reckless policies have complicated things for him, his nation and the whole world. He has exacted a heavy price for his country with his disputes with Greece and his actions in many countries, especially Syria and Libya. He has to be convinced that his policies are a failure. If the Europeans can make the imposition of sanctions on Turkey a priority, this may deter Erdogan from further pursuing his detrimental policies.

Ultimately, sanctions against Turkey will make the US more reliant on the Arab Gulf nations. America has not foreclosed its relationships with the regional powers of Turkey, Iran and Egypt just yet, but it will not mortgage the status of its foreign policy on actions it disapproves of in Tehran, Cairo or Ankara.