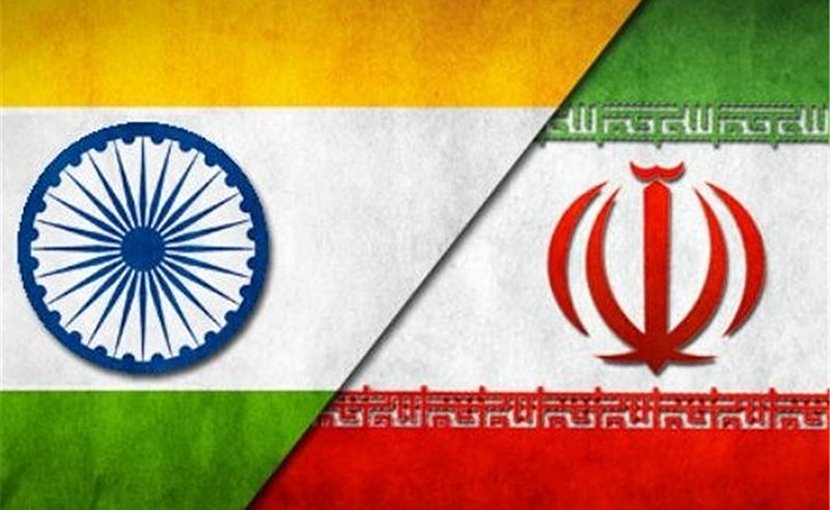 On September 5, 2020 Indian Defence Minister Rajnath Singh made a visit to Iran to meet his counterpart Brigadier General Amir Hatami. The main objective of the visit was highlighted in the media to discuss defence ties between the two nations. However, the broader dimension of the bilateral ties includes India’s endeavour to recalibrate its ties with Iran. The visit is an extension of India’s participation in the SCO (Shanghai Cooperation Organization) Defence Ministers meet at Moscow on September 3-4, 2020.

Minister Rajnath Singh addressing the meet highlighted India’s commitment to the evolution of a global security architecture which will be open, transparent, inclusive, rules-based and anchored in international laws; India’s concerns towards the development in the Persian Gulf Region; India values the works of RATS (SCO Regional Anti-Terrorism Structure) in the Cyber domain to contain problems related to extremism and radicalism; India’s concerns about security of people within Afghanistan; India’s continued support to the efforts of the people and government of Afghanistan for an Afghan-led, Afghan-owned, and Afghan-controlled inclusive peace process; India’s appreciation for Russia’s organization of annual anti-terror exercise “Peace Mission” which has helped towards building trust and sharing of experience among defence forces.

The Defence Minister also  proposed for a greater dialogue between the countries of the Persian Gulf. He further reiterated that India has vital interests and links of civilization and culture with all States of the Persian Gulf and hence the countries of the region are required to resolve their differences by dialogue based on mutual respect, sovereignty and non-interference in internal affairs of each other.

Recently the region had witnessed flare-up of  tensions on account of US-UAE bilateral ties, and Iran’s worsening relations with US. Reportedly, Iranian Navy seized control of a Liberian-flagged oil tanker near the Strain of Hormuz, which links the Persian Gulf and the Gulf of Oman to the south and the Arabian Sea beyond. According to USA, the incident took place in the international waters. This episode has further added bitterness to already sagging relations between Iran and USA.

There are many  reasons towards India’s attempt at recalibration of ties with Iran which are as follows:

Firstly, India has a foreign policy choice of ‘Connect Central Asia”. India joined the SCO basically to improve its contact with the Central Asian States, because it did not want to cede a strategically important region to either Russia or China. Iran is India’s another gateway to Central Asia through Chabahar port. It is believed that Russia was interested towards roping in India in SCO to counter-balance China’s influence within the organization. Presently, Iran, Russia and China are on the opposite side of USA, Saudi Arabia, South Korea and Japan so far as the regional order is concerned. Hence, India is interested that apart from these alliances it must continue to have better ties with Iran and other Gulf region countries with which it has substantial relations in trade and commerce.

Secondly, over the last few years India has gained enough maturity in its understanding about the leaders and political dynamics of the Central Asian region. India has made frequent contacts with the leaders of the region at all levels and that has provided deep understanding of the regional dynamics amidst the interplay of great powers in the region. Hence, it has permitted greater calibration of its outreach to Central Asian countries. On the other hand, Central Asian leaderships are too interested that India must continue to remain in the region because it gives them greater strategic manoeuvrability vis-à-vis Russia and China.

Thirdly, the Arab world or the middle-east region stands divided in the wake of Israel-UAE recent bilateral ties at the behest of USA. UAE is being branded as the third country to abandon the cause of an independent state of Palestine by establishing diplomatic relations with Israel. India has much greater stakes in the Gulf region as a whole. It therefore, requires to maintain a balance in ties with the countries of the region.  India wants to project an image of a truly sovereign state which operates in the international system on the basis of its needs and aspirations and maintains an independence of policy stands. Therefore, the visit and the discussion with Iran over defence ties must be understood with that perspective.

Last and the most important is the growing convergence between Iran and China. China has been pro-active on an aggressive scale with most of the regions of the world. Iran is of great strategic importance for China too, given its presence on Pakistan’s Gwadar port and accessibility to Arabian Sea. China is interested in a deeper engagement at Chabahar port modernization project by reducing India’s involvement and this will be a great strategic loss to India. China has a deeper pocket  and could easily wean away Iran from India. Therefore, this meeting is also to strengthen the bilateral ties between India and Iran with another dose of enhancing defence engagement.

SCO Defence Ministers meet took place in the backdrop of brewing Indo-China border dispute and escalation of the situation. Since last four months both these countries are engaged in a bitter stand-off at multiple locations along the eastern Ladakh border. Accordingly, Peace and Security in the SCO region acquires a new dimension. Imperative for a climate of trust, non-aggression, respect for international rules and peaceful resolution of differences becomes obvious. When the Defence Minister of India reiterated it at SCO meet, it was meant to be an indirect message to China which is engaged in aggravating the border row with India in eastern Ladakh. Rajnath Singh was apt in referring to second world war in his speech to impress the destruction and devastation that a war brings.

Hence, China on the one hand trying to suffocate India and project India as a weak state in the eyes of its friends and economic partners; and on the other pushing itself with India’s traditional friends to corner economic projects for itself. Iran has been one such countries with tremendous strategic importance both at land and in the maritime region. It is a gateway to Central Asia from the sea route and it is on the sea lanes of communications in the Arabian Sea. Hence, given India’s maritime aspirations as well as ‘Connect Central Asia’ foreign policy choice Iran is of great strategic importance for India too.