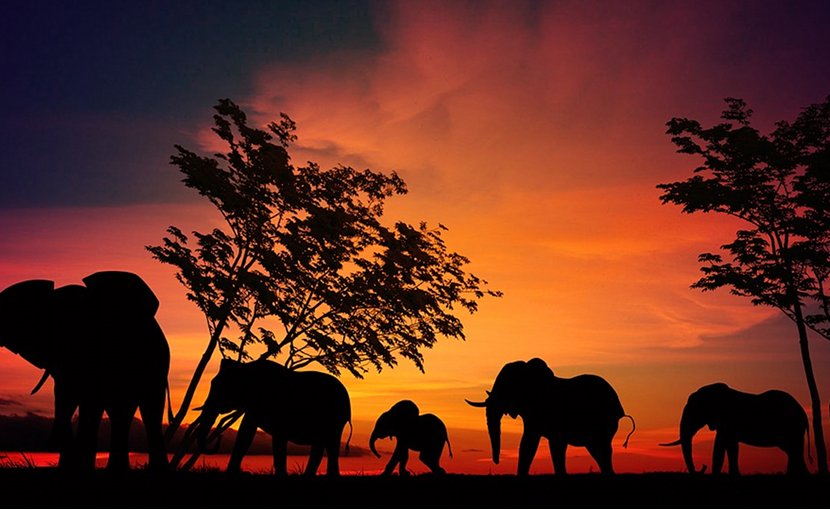 A new study led by the University of Kent’s Durrell Institute of Conservation and Ecology (DICE) has found that elephants living around the world-famous Masai Mara National Reserve, Kenya, are crop-raiding closer to the protected area, more frequently and throughout the year but are causing less damage when doing so.

Findings show that the direct economic impact of this crop-raiding in the Trans Mara region has dropped, yet farmers have to spend more time protecting their fields, further reducing support for conservation in communities who currently receive few benefits from living with wildlife.

The research published by Biological Conservation demonstrates the effects that climate change, agricultural expansion and increased cattle grazing within the reserve have had on elephant crop-raiding trends in the region.

The team of conservationists, led by Professor Bob Smith and DICE alumna Dr Lydia Tiller (Research and Science Manager, Save the Elephants), investigated the seasonal, temporal and spatial trends of elephant crop-raiding in the Trans Mara, Kenya during 2014-2015, comparing results to a previous DICE study from 1999 to 2000.

The number of crop-raiding incidents increased by 49% over the 15 years, but crop damage per incident dropped by 83%. This could be because farmers are better prepared to frighten off elephants. It could also be because landcover change makes it harder for elephants to hide in forest patches, and this spread of farmland and loss of forest to illegal charcoal clearing means that more of the crop-raiding incidents are taking place closer to the protected area.

Professor Smith said: ‘Landcover change has had a major impact on where human-elephant conflict takes place. Better land-use planning and support for farmers would help reduce crop-raiding as well as people’s tolerance of elephants.’

Lydia Tiller said: ‘The change in crop-raiding trends going from being highly seasonal during 1999-2000 when maize crops are ripe, to year-round during 2014-2015, is yet another demonstration of how climate change is affecting nature. With less natural vegetation available for elephants to eat in the Masai Mara, this is not surprising. Restoring elephants’ feeding habitat in the park is vital to reducing human-elephant conflict in the area.’

The article Human-Elephant Conflict In Kenya Heightens With Increase In Crop-Raiding appeared first on Eurasia Review.