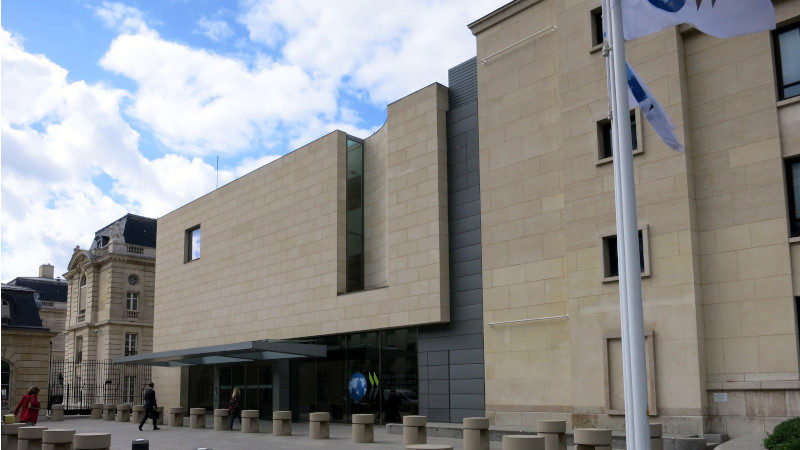 (EurActiv) — Has the die been cast when it comes to appointing the next the Secretary-General of the OECD? Sources close to the talks have warned EURACTIV France of a “lack of transparency” and a process that could favour Australia’s candidate Mathias Cormann, known for his anti-environment credentials, who is said to be supported by the UK.

The Organisation for Economic Cooperation and Development, a Paris-based club of 37 wealthy nations, which has the stated goal of boosting economic progress and world trade, will need a new secretary general when Angel Gurria’s third five-year term ends in May 2021.

Although every delegation can take part in the candidates’ interview, it is eventually up to the Dean, as chair of the Selection Committee, to assess the degree of consensus around a candidate and decide who will be moving to the next stage, after carrying out individual, confidential consultations with delegations.

The Dean of Ambassadors to the OECD is UK Permanent Representative Christopher Sharrock.

On 1 September 2020, Sharrock issued a formal call to OECD member countries to nominate candidates for the position and will be the one settling every decision in the ongoing process.

Speaking to EURACTIV on condition of anonymity, sources familiar with the situation expressed their concern that the UK has reportedly promised to Australian Prime Minister Scott Morrison to back his candidate.

EURACTIV contacted Mr Sharrock’s office for comment but had not received a reply at the time of publication.

Britain’s opposition Labour party, however, is demanding that Prime Minister Boris Johnson boycott Australia’s campaign to have Cormann installed as the next head of the OECD, saying the former cabinet minister’s denialist climate change record makes him unfit for the job.

In a letter to Johnson, Shadow International Trade Secretary Emily Thornberry asked him not to support Cormann’s candidacy as “his record on climate change is one of denial, inaction and deeply steps”. “It would make a mockery of your claims to leadership on climate change,” she wrote.

In a petition by change.org, the former Australian finance minister is accused of maintaining subsidies for the fossil fuel industry worth almost €30 billion per year.

In addition, Cormann has been criticised for using a Royal Australian Air Force Falcon at taxpayers’ expense for his many travels in Europe to promote his OECD candidacy, as reported in the Sydney Morning Herald.

The OECD has previously criticised Australia for its strategy on climate change, and Cormann is now trying to distance himself from his former Liberal Party’s climate scepticism.

“I know there is always a lot of commentary, which with great respect, is not always as well informed as it should be,” he told a press conference in October 2020 when asked about his climate change stance.

Five candidates out of the original ten have been eliminated so far and the next round of negotiations is expected to happen over the weekend. A final decision is due by March.