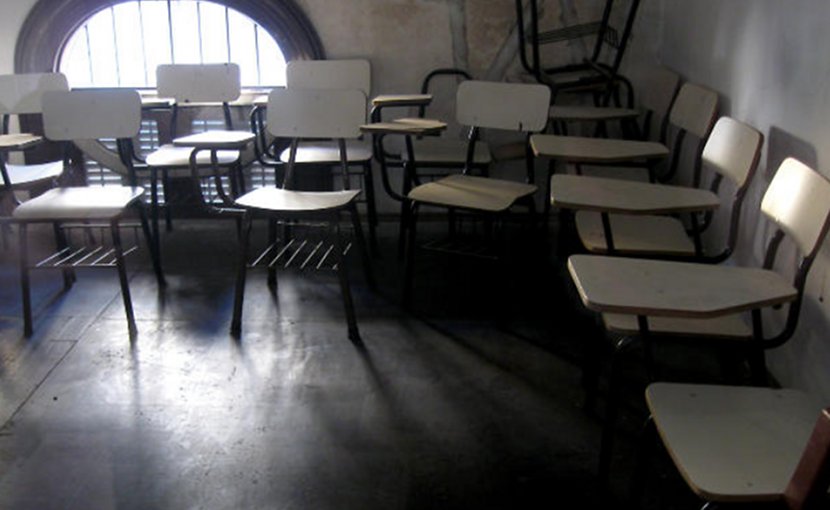 At the beginning of the year, Chicago Public Schools were scheduled to reopen by the end of January. Yet just days before the launch, members of the Chicago Teachers Union (CTU) decided otherwise, with a sizable majority voting to delay in-person learning against the wishes of the mayor, city council, school district, local medical professionals, and countless taxpayers.

It’s the latest tale in a growing genre of parent-student disputes that stretches from New York City to San Fransisco, in which America’s teachers unions have largely ignored the pleas of medical experts and families alike, choosing instead to double down on politics as protectionism.

Thus far, the strategy has succeeded, with most cities and school districts caving to the pressure, especially in large metropolitan areas that lean blue. According to a study from Brown University’s Annenberg Institute, researchers who observed a wide set of national data concluded that “politics, far more than science, shaped school district decision-making,” and “mass partisanship and teacher union strength best explain how school boards approached reopening.”

Another study came to a similar conclusion after assessing the reopening decisions of 835 public school districts. “We find that school districts in locations with stronger teachers’ unions are less likely to reopen in person even after we control semi-parametrically for differences in local demographic characteristics,” the researchers wrote. “We also do not find evidence to suggest that measures of COVID-19 risk are correlated with school reopening decisions.”

It’s a striking example of the systemic injustice created by public-sector unions, a somewhat modern manifestation in American society through which special interests are allowed unique levels of power and privilege with little accountability to the public they are supposed to serve.

Prior to their advent in the 1950s, even pro-labor Democrats understood such risks. “The main function of American trade unions is collective bargaining,” wrote George Meany, the first president of the AFL-CIO. “It is impossible to bargain collectively with the government. Unions, as well as employers, would vastly prefer to have even Government regulation of labor-management relations reduced to a minimum consistent with the protection of the public welfare.”

Or, as President Franklin D. Roosevelt aptly summarized in 1937:

Meticulous attention should be paid to the special relationships and obligations of public servants to the public itself and to the Government. … The process of collective bargaining, as usually understood, cannot be transplanted into the public service. It has its distinct and insurmountable limitations when applied to public personnel management. … The employer is the whole people, who speak by means of laws enacted by their representatives in Congress. …

Since their own services have to do with the functioning of the Government, a strike of public employees manifests nothing less than an intent on their part to prevent or obstruct the operations of Government until their demands are satisfied. Such action, looking toward the paralysis of Government by those who have sworn to support it, is unthinkable and intolerable.

Throughout the pandemic, such “unthinkable and intolerable” action has been undertaken with pride, causing a paralysis of public education based on a range of ever-evolving excuses.

We shouldn’t be surprised, given the basic incentives at play. As Yuval Levin explains, such games are made possible by layer upon layer of insulation, each offering significant advantages in moments of crises such as ours.

Put simply, public employees (even when they are not organized, let alone able to bargain collectively) have some major advantages over their private-sector counterparts. They are guarded by generous civil-service protections – the most significant of which predate public-sector unionism, having been put in place, ironically, to combat the inclination of urban political machines to use the public sector as a powerbase. And most government employees work in non-competitive fields where their employer has a monopoly, so their jobs are not threatened by competitors, and are not dependent on their ability to work efficiently and so keep their employer competitive.

Add a layer of formalized organization, and things get stickier still:

When [public sector employees] organize – merely as an interest group, quite apart from formal collective bargaining – they have several more immense advantages. By leveraging their numbers and resources, their organizations can become major players in politics. At election time, public employees can therefore play a large role in choosing their own employers or bosses (by getting certain people elected and not others), which of course no private-sector union can do. At all levels of government today, public-worker unions are among the biggest political donors. Between elections, they can use that political power to influence those elected officials and the political process more generally to improve their pay, benefits, or conditions, and also to increase demand for their services through legislation that increases the size or role of government … or that prevents competition (as the teachers’ unions do in opposing school-choice programs).

When you add collective bargaining to that mix, the unions gain the power to make in private negotiations decisions that should be made in public deliberations – decisions about public priorities and public budgets. And they turn public employees into a formal procedural adversary of the public they serve.

As Rev. Robert Sirico explains, this is not how unions are supposed to work:

Although unions are identified historically with free association, contemporary public-sector unions frequently ignore and even reverse that principle. …

The problem with public-sector unions is that it is wrong that those who work for the state can tell the government under what conditions they will perform basic services vital to the common good. For public-sector unions, for example, to say they can decide to impede or close essential government services is to effectively usurp the government’s legitimate authority in the name of sectional interests, not to mention hold the public hostage. This is unjust.

In our current situation, these incentives are misaligned, as usual. But given the victims in the crosshairs – young children – the injustice ought to be all the more evident.

The disconnect is significant, as Jonathan Chait observed last fall:

For kids and families, in-person education presents a trade-off between the health risks of going to school, and the economic and social costs of staying home. For younger low-income students, the costs of losing in-person school are catastrophic and permanent.

Teachers, on the other hand, are incentivized almost entirely to minimize health risks. They get paid the same salary if they go to school or teach from home. They might feel unhappy about watching their students flail, but they do not have anything like the investment that the families have.

Even where competing concerns of health and safety are legitimate, given the unions’ privileged position, such differences are all the more difficult to reconcile and overcome. Alas, in the end, it is the teachers, not the students, who have the bulk of the power and public representation. Meanwhile, beyond the layers of entrenchment, children are left to suffer in silence.

“The voices we don’t hear are the ones who are shut up at home,” says Harvard education professor Meira Levinson, reflecting on surveys from teachers and parents who have opposed reopening. “We have no mechanism to hear from them. There are no polls of six-year-olds.”

Thankfully, the tone seems to be shifting in recent weeks, as even progressive mayors and cities begin to put up more of a fight. We have yet to see the final outcome in Chicago and many of the other cities undergoing such struggles, but hope remains alive.

Likewise, we have yet to see whether the starkness and clarity of such a moment might serve as the crack in the dam we need to move toward greater freedom, choice, and representation for the voiceless. Over the long term, this is the escape valve: less entrenchment of teachers and existing institutions, more empowerment of families and individual students.

If there is a “forgotten man” of the COVID-19 era, the unseen and under-schooled student is a top candidate. And if there is a clear culprit behind such glaring neglect, America’s teachers unions are openly campaigning for that title.

*About the author: Joseph Sunde is an associate editor and writer for the Acton Institute. His work has appeared in venues such as the Foundation for Economic Education, First Things, The Christian Post, The Stream, Intellectual Takeout, Patheos, LifeSiteNews, The City, Charisma News, The Green Room, Juicy Ecumenism, Ethika Politika, Made to Flourish, and the Center for Faith and Work. Joseph resides in Minneapolis, Minnesota with his wife and four children.

Source: This article was published by the Acton Institute