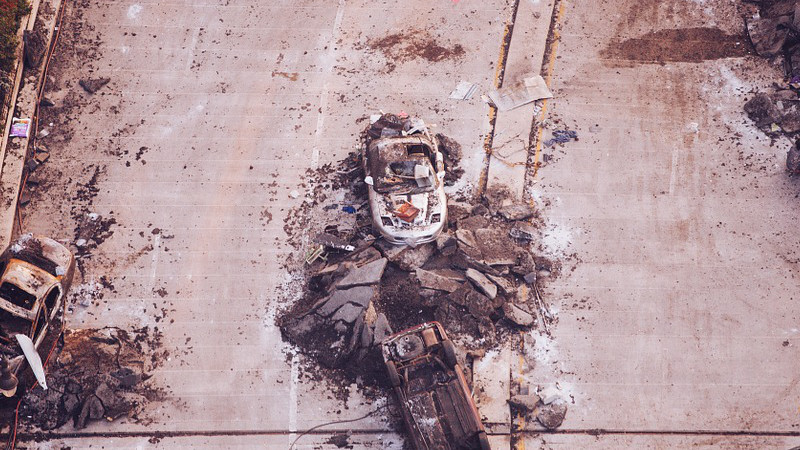 (FPRI) — The year 2020 was unprecedented in many ways. Just three days into the year, U.S. President Donald Trump ordered the assassination of Islamic Revolutionary Guard Corps Quds Force (IRGC-QF) commander Qasem Soleimani. That news was soon eclipsed by the worldwide spread of the novel coronavirus and the ensuing COVID-19 pandemic. Lockdowns, protests, and a bitterly contested presidential election in the United States are just a few of the factors influencing the terrorism threat heading into 2021. So, what will this upcoming year bring?

On a global level, several developments could increase terrorism in certain parts of the world. With the United States drawing down forces in the Middle East, South Asia, and throughout Africa, al Qaeda, the Islamic State (ISIS), and their respective affiliates could make a renewed push to capture new territory and destabilize countries and regions. Syria, Iraq, Yemen, Afghanistan, Somalia, and Nigeria are home to jihadist groups linked to al Qaeda and ISIS. Even with the current state of its leadership in question with uncertainty surrounding the health of Ayman al-Zawahiri and the recent assassination of al Qaeda veteran Muhammad al-Masri, 2021 could prove to be a banner year for al Qaeda as it seeks to reassert itself through affiliates around the globe.

As the United States continues to shift resources and redeploy troops in various theatres, there could be openings for terrorist and insurgent groups to take advantage of potential power vacuums. In Syria, while the Bashar al Assad regime has consolidated control over critical territory, Idlib Province is dominated by terrorist groups, including Hayat Tahrir al-Sham and the al Qaeda-linked Hurras al-Din. COVID-19 did little to slow the operational tempo of Islamic State attacks in Syria. In all of 2019, there were 144 total attacks, but through the first three quarters of 2020, ISIS managed to conduct 126 attacks, expanding significantly in southern Raqqa and eastern Hama. This year may present more, not fewer, opportunities for terrorist groups to recruit and launch strikes throughout the Levant.

U.S. forces are scheduled to be reduced to 2,500 troops in Iraq and Afghanistan, presenting significant advantages to American adversaries. In Iraq, Iran has already moved to increase its influence by supporting various Shia militias groups throughout the country. Encroaching Iranian influence could push Iraqi Sunnis, however begrudgingly, back into the arms of the Islamic State, in a replay of a phenomenon that has played out several times in recent years. As a state sponsor of terrorism, Iran may also look to increase its support to various proxies, especially if the regime in Tehran feels threatened by a shifting geopolitical alignment in the Middle East defined by warming relations between Israel and Sunni Arab nations in the Gulf.

In late December, Iranian Foreign Minister Mohammad Javad Zarif caused a stir when he suggested that the Iranian-trained Liwa Fatemiyoun, currently fighting in Syria, could be deployed to Afghanistan to help a future Afghan government with counterterrorism operations. With the U.S. drawdown in Afghanistan, there are growing concerns that the Taliban will come to dominate the country once again, either resulting from a negotiated political settlement or by reverting to a full-blown insurgency and continuing to collaborate closely with transnational terrorist groups, including al Qaeda.

In West Africa and the Horn of Africa, jihadist groups are gaining momentum, which will likely continue well into next year. Many of the countries most at risk of suffering terrorist attacks are now located in Africa, a shift in the counterterrorism center of gravity from the Middle East. Even as the Islamic State’s physical caliphate has been destroyed in Iraq and Syria, the group continues to expand through affiliates, especially throughout Africa, where it now maintains provinces in West Africa (ISWAP), the Greater Sahara (ISGS), and Central Africa (ISCAP). Al Qaeda- and Islamic State-linked jihadists have destabilized countries that had previously escaped the scourge of terrorism, including Cameroon, Burkina Faso, and Mozambique.

These groups will intensify their operations in 2021, reminding the West that even as countries like the United States look to pivot to great power competition, counterterrorism operations will need to remain a priority. A Kenyan al-Shabaab operative was recently charged with planning a 9/11-style attack after taking flying lessons in the Philippines and researching potential targets in the United States. This case demonstrates that al Qaeda and its affiliates remain committed to attacking the United States and its allies on their home soil. These groups’ efforts could look to accelerate in 2021, especially if resources from counterterrorism are diverted to other pressing needs, including public health.

Another trend likely to continue in 2021 is violent non-state actors’ growing reliance on emerging technologies. The Islamic State, Houthi rebels in Yemen, and the Taliban have demonstrated alacrity and capability to deploy unmanned aerial systems for combat and reconnaissance purposes. The barriers to entry for acquiring and skillfully maneuvering drones have decreased drastically, and commercial off-the-shelf drones are readily available and easy to obtain. After witnessing drones’ successful employment in conflicts in Libya and Nagorno-Karabakh, terrorists may be emboldened to acquire them, viewing this capability as a force multiplier in any asymmetric conflict.

In 2021, there could also be further interest from terrorists in homemade firearms using 3-D printers, as witnessed in a 2019 attack by a far-right extremist in Halle, Germany. Far-right extremists, including white supremacists and neo-Nazis, have displayed a particular interest in 3-D printed firearms. The far-right is becoming a greater threat both transnationally and domestically in specific countries, including the United States and Germany. Domestic terrorist attacks in the United States were down in 2020 compared to the previous year, although it remains difficult to determine how much of this was related to the COVID-19 pandemic. Moreover, the lag effect of COVID-19—growing anxiety among large segments of the population, severe economic malaise, increased firearms sales—may make 2021 a banner year for domestic terrorism. Add to the mix an election that the current President of the United States has repeatedly attempted to delegitimize, and many counterterrorism analysts are predicting a sharp rise in domestic terrorism, especially attacks conducted by anti-government extremists and others on the far-right.

There are a number of other ideologies that could impact trends in terrorism in 2021, including traditional left-wing grievances related to economics and the environment and conspiracy theories like QAnon and the associated campaigns to push back against everything from vaccines to 5G technology, which may be a factor in the recent Christmas day bombing in Nashville, TN. There are also threats emanating from extreme misogyny and the so-called “Incel” movement.

The incoming Biden administration will face no shortage of challenges, both in dealing with the potential rising tide of domestic extremism, but also in helping to reinvigorate multilateral counterterrorism efforts to stop the threat of transnational movements that threaten the United States and its allies. As countries remain focused inward on dealing with the fallout from the COVID-19 pandemic, counterterrorism could be deprioritized, further compounding the challenges of an increasingly complex and diverse terrorism landscape.

The views expressed in this article are those of the authors alone and do not necessarily reflect the position of the Foreign Policy Research Institute, a non-partisan organization that seeks to publish well-argued, policy-oriented articles on American foreign policy and national security priorities.

Source: This article was published by FPRI

The article Trends In Terrorism: What’s On The Horizon In 2021? – Analysis appeared first on Eurasia Review.