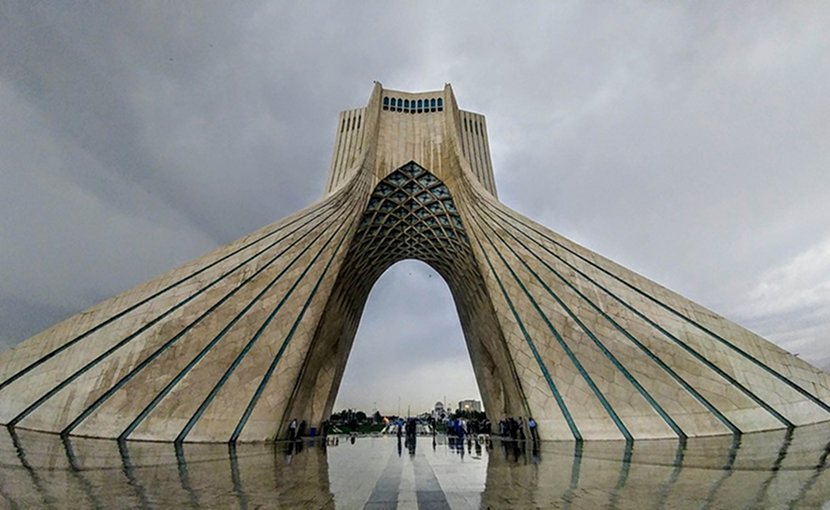 Ever since Joe Biden’s electoral victory, a growing chorus of US voices, including Dennis Ross and the New York Times columnist Thomas Friedman, have been counseling Biden to go slow on his pledge to return US to the Iran nuclear agreement and avoid losing the various leverages gained on Iran during the Trump presidency.

But, this is a flawed argument that at its core evinces a lack of required paradigmatic shift, which is a sine qua non for normalization of relations with Iran.

Unfortunately, the early signs from the Biden foreign policy team suggest the sheer absence of such a shift and the strong possibility of business as usual with Iran, that is to say, the familiar pattern of coercive sanctions and pressure politics, which in the past even during the Obama presidency implicated the US government in illicit methods such as cyberwarfare, sabotage, and the like, albeit combined with certain elements of “prudent diplomacy.”

A principal problem with the prescriptions of “leverage” vis-a-vis Iran is that they often tend to simply ignore the question of legality.  How did these so-called leverages come about and are they in line with or in violation of international law and UN resolutions?  The Trump administration of course never bothered itself with such questions in light of its deep rogue nature, but shouldn’t Biden behave differently? The truth is that the leverages on Iran cited by the likes of Ross are illegal and, therefore, ultimately untenable.

Unilateral US sanctions that violated the terms of both the Iran nuclear agreement and the US Security Council Resolution 2231 cannot and should not be sustained by a new administration that has pledged to return US to conformity with norms and principles of the international community, otherwise it will be condemned to the same, failed and substantially suboptimal Trumpian policies in the main, with only cosmetic changes

Lest we forget, both the Iran agreement and the UNSC 2231 call for the normalization of Iran’s trade relations and, yet, the Trumpian sanctions regime represents the very opposite, subjecting Iran to the suffocating pressures of a so-called “maximum pressure strategy” operating in a vacuum of international law.

Henceforth, Biden’s foreign policy team has a clear choice, either continue with these unlawful sanctions or (gradually) dispense with them as part of a ‘back to the past’ embrace of the Iran accord; the latter would be meaningless for all practical reasons if not accompanied with concrete steps to roll back the Trump-imposed sanctions.

Needless to say, it takes two to tango as the saying goes, and there needs to be a firm principle of reciprocity operating on both sides of the isle, which is important for Biden to be able to convince the US Congress to consider easing and or lifting the sanctions, in addition to the executive orders that could be the initial stepping stones for a “post-sanctions” Iran policy.

Iran for its part is also relying on its politics of leverage, notwithstanding the latest decision to upgrade the uranium enrichment activity to 20 percent, which is incidentally well within the purview of peaceful nuclear activity and permissible under the NPT norms.

A ‘tit-for’tat’ exchange of leverages therefore seems inevitable in the future, should both sides resume negotiations and consider the various bilateral and multilateral venues to mend their ties.

Still, it is imperative that the Biden administration makes a decisive cognitive break with the addictive politics of coercion centered on sanctions and re-orient the US foreign policy toward a “post-sanctions” modality that would rely extensively on the modern arsenal of communicative diplomacy and cooperative security, instead of a straightforward application of the past “deterrence” strategy vis-a-vis Iran.

Unfortunately, the Biden team, lead by Tony Blinken, appears to be ill-suited for this purpose, in light of the various policy announcements by Blinken that convey the impression of his commitment to make only nominal changes in US’ Iran policy.

Biden’s and Blinken’s major dilemma, however, consists of the fact that they are verbally committed to the Iran nuclear agreement, without much allegiance to the agreement’s logic of cooperation and post-sanctions clearly discernible from a close scrutiny of the agreement, hitherto held in its infancy.

What is missing and absolutely necessary is to draw the full logical implications of the nuclear agreement, which is one of detente with the West, instead of a simple and straightforward phase or modality of Iran “containment.”

Those in the US who advocate the latter, and in fact there is no dearth of such expert opinion, simply conflate their own assumptions and predispositions with the inner logic of the nuclear agreement.

Notwithstanding the above-said considerations, Biden must by necessity distance himself from the politics of leverage, which is steeped in an outdated ‘realist’ school in international relations, and adopt an alternative communicative diplomacy that operates on the normative basis of ‘validity claims’ germane to international law, otherwise the continuation of unlawful sanctions simply mean a systematic blockage of viable opportunities for a breakthrough in the stalemated US-Iran relations.

But, once de-centered from the “leverage argument,” the much-needed paradigmatic shift will begin to emerge, promising a real harvest for US’ Iran policy.

Short of such a timely transformation, Biden’s promise of overhauling Trump’s confrontational Iran policy will likely prove to be a shell without content, one that is destined to recycle the dysfunctional discourse on Iran, essentially in Manichaean terms as an ‘enemy state’ without evincing much cognizance of a vastly more complex reality denoting important areas of shared and or parallel interests with Iran.

A big question is whether or not the Biden foreign policy team is capable of reaching the cognitive evolution of a paradigmatic shift hitherto missing?

The article The Illogic Of US Politics Of Leverage With Iran – OpEd appeared first on Eurasia Review.