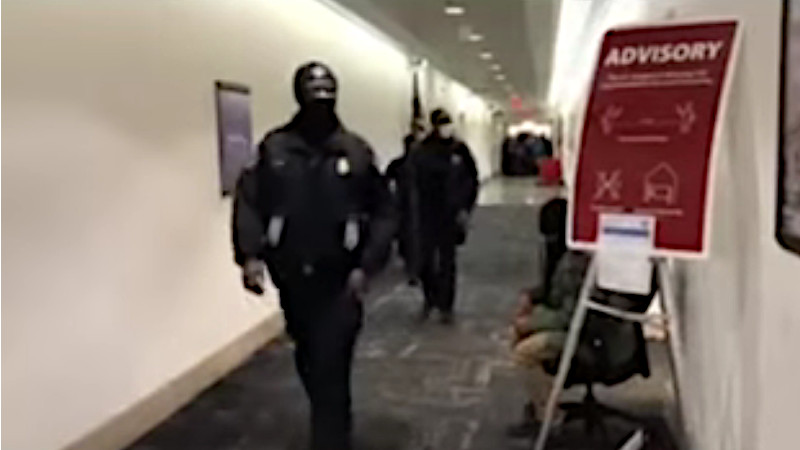 Protesters stormed the US Capitol on Wednesday in an effort to force Congress to reverse Joe Biden’s presidential election win.

Police fired tear gas and ordered office buildings to be evacuated as protesters breached the Capitol and marched through the halls of Congress during a special session to certify Biden’s victory.

Police escorted House of Representatives members from the chamber. The Senate abruptly adjourned and Vice President Mike Pence, who had presided over a joint session of Congress, was escorted from the chamber.
Police told members in the House chamber to take gas masks from beneath their seats and prepare to put them on.

Officers at the front door had their guns drawn as someone attempted to enter the chamber. Officers ordered people in the chamber to drop to the floor for their safety.

Outside the Capitol, members of militia groups and far-right groups, some in body armor, mingled with the crowds. President Donald Trump called on protesters to stay peaceful.

Meanwhile the Democratic party was poised to take control of the US Senate after a surprise double victory in run-off elections in the southern state of Georgia.

If confirmed, the results would give Democrats narrow control of both chambers of Congress,  making it easier for Joe Biden to drive his legislative agenda when he takes office as president on Jan. 20. With a 50-50 party split in the Senate, Biden’s running mate Kamala Harris has the casting vote.

“Georgia’s voters delivered a resounding message yesterday. They want action on the crises we face and they want it right now,” Biden said. “We can break the gridlock that has gripped Washington.”

Ed Gabriel, a member of the Biden campaign Middle East foreign policy team, told Arab News: “This will allow the new president to hit the ground running. He understands the interconnectedness of US interests in the region and the need to have a robust set of policies to implement a strategic regional plan.

“Biden is appointing Arab Americans to key policy positions that will contribute to a balanced Middle East policy. They have a unique perspective on the region. I believe they will greatly contribute to deft and smart diplomacy with support programs that address the direct needs of civil society and the citizens of the countries in the region.”

The article Teargas Fired As Trump Supporters Storm US Capitol And Clash With Police appeared first on Eurasia Review.