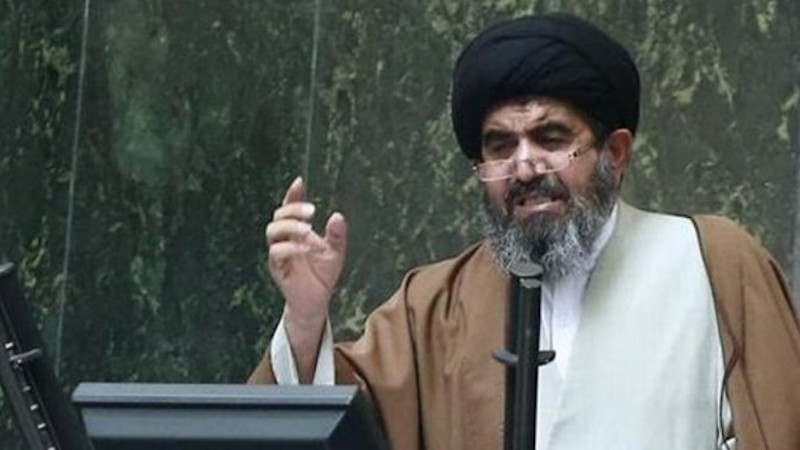 A senior Iranian MP said finger amputation sentences should be issued for “petty thieves” to control crime. This is while he stressed that the reason behind the surge in robberies was inflation and Iran’s high employment rate.

“Unfortunately, we are witnessing an increase in robberies and petty thievery because of the severe inflation in the country and the increase in unemployment,” Seyyed Nasser Mousavi Laregani said in Parliament yesterday.

The member of the Parliament’s Board of Directors criticized the “Global Arrogance”, a phrase the regime uses to refer to the US, for questioning the “implementation of Islamic decrees” which “creates limitations for judiciary officials” to issue amputation sentences.

“However, hand amputation sentences have to be implemented for thieves to prevent these criminals from thuggery,” the former IRGC member added.

“Lack of decisive action against thieves is another reason for the increase of this crime in the society. In fact, thieves are arrested but necessary action is not taken against these criminals,” Laregani stressed.

Though Iranian officials are involved in huge known embezzlement and corruption cases, Iran continues to hand down brutal sentences to petty thieves.

According to a May 2019 report, 23 prisoners convicted of theft were languishing in the Greater Tehran Prison, Fashafuyeh, awaiting hand amputation.

In October 2019, state-run media reported that a man’s hand was amputated in a prison in the northern province of Mazandaran for robbery.

According to the state-run YJC News Agency, the man had “confessed” to carrying out 28 robberies from homes in three towns. The unidentified man’s hand was amputated in Sari Prison with the presence of judicial officials. The regime is known to use torture to extract confessions from prisoners.

In 2020, the Greater Tehran Intelligence Police Chief said crimes had increased due to Iran’s economic problems and that over 50% of people arrested for theft in the past three months were “first-time offenders”.

In 2019, Iran’s Attorney-General criticized the “low numbers” of hand amputation punishments in Iran as a result of human rights condemnations and called it “unfortunate”.

In comments carried by the Fars News Agency, Mohammad Jafar Montazeri said that the hands of thieves had to be amputated but that “unfortunately, so as not be condemned on human rights issues in the United Nations, we have abandoned some of the divine laws.”

“One of the mistakes that we make is that we are afraid of human rights (propaganda) and that they say that you treat thieves violently,” he added in a meeting with police commanders on January 16, 2019.

According to Amnesty International, the Iranian authorities have consistently defended amputation as the best way to deter theft, expressing regret that it cannot be practiced in public and on a widespread basis without international condemnation.