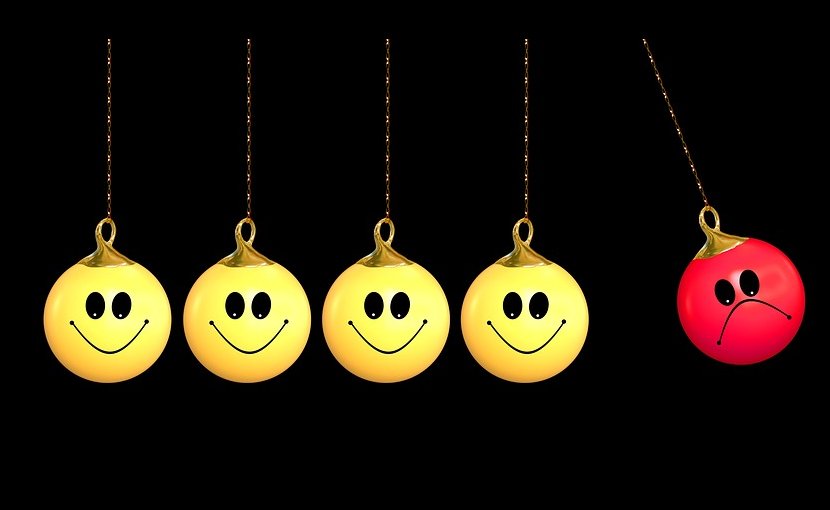 “If a tree falls in the forest and no one hears it, does it make a sound?” Philosopher George Berkeley asked this question while he was looking for answers to the notion that perception creates our reality. “Sound” is used to describe a physical phenomenon, an audible wave of pressure; but it is also an experience, the result of physical signals delivered by sense organs such as ears, which are synthesized in the brain as a form of perception. Berkeley’s theory says, “Yes,” it would make a sound even if no one were there to hear it because God hears everything.

Berkeley was a bishop. He was a religious man and an empiricist philosopher although he was a brilliant critic of his predecessors like René Descartes, John Locke and Thomas Hobbes. However, there is a modern physics version of the question he asked: “Is the moon there when nobody’s looking?” Albert Einstein asked this question to the quantum physicist Niehl Bohr, and Bohr said, “It’s not there when nobody is looking.” According to Bohr, when we don’t look at the moon all that exists is a probability density. When we make an observation on the position of any thing, we force the universe to take a stand and the thing pops into existence at a certain place, according to quantum mechanics. The question is about perception and discusses existence outside of human perception. Can we assume that unobserved things function the same as the observed?

I sometimes find myself thinking about this absorbing philosophical question. Are things really there or are not, when we don’t observe them?

For instance, if a crime took place and the people involved are dead, did it still happen or did it not? If someone was killed in some place, let’s say, a prominent journalist was brutally murdered in the Saudi Consulate in Istanbul, and if there was no one to see it or hear it, were they still killed? And if someone was tortured, raped, dismembered or killed through starvation in Syria, Yemen, Libya, or any other location over the world, and there was no one to see, hear or report it, did it still happen or not? If there was a massacre, for example in Myanmar, Kashmir, Gaza or Africa, and there were no survivors or witnesses, did it still happen? There are millions of people who were forced to flee from their homes all around the world, if they died in an unknown place, are they dead? We only hear or see the statistics of people killed, wounded, tortured, raped or lost in conflicts, but we don’t know their names or their stories. A few are lucky and their stories are heard when some brave reporters risk their lives to tell us what really happened. But what about the others, the majority?

When social media began to expand, people thought that spreading the news would no longer be in hands of the media giants and that they would not control knowledge flow anymore. They believed that they would have the same access to their audience. Accordingly, we all were going to know the truth, there were going to be no lies. But it didn’t happen. Instead, media figures and companies have adapted themselves to the new media. The new media became the “new” old.

Today, pop stars and movie stars are still directing the masses. They have a huge number of followers on their social media accounts. What they share is trending. If they are sensitive about an issue, the world cares; if they do not, the world does not. And big news media outlets are still setting the agenda. They still have the biggest resources to produce ads, to spread their words. When they share a news report online, it becomes top news in minutes. You find yourself trapped in an agenda set by them and everyone, the professors, think-tank directors, even those working in the wider media, follow the breadcrumbs asking no questions. There is nothing left but to follow what the “experts” or the “authorities” announce.

In a world of cellphones, huge bandwidths, wifi’s and 4G/5Gs, we are connected to each other more than ever. And yet, we cannot hear the others. People watch at least 100 hours of television a month and spend countless hours on the Internet. They think they follow up the most important stories of the world. But, according to whom, they are important?

Think about that, controlling the agenda on the Internet as well as on the televisions and in the papers makes a person or a group more powerful than anything or anyone else. It is literally controlling what people know and what they think, but people think that they have access to all information they need, and they are freethinkers. Ask yourself: if some people were horrifically bombed in some place on earth and no one knows about it since it did not become news, are they still massacred?

We don’t know how Berkeley would answer this question if he was alive in this age or how the conversation between Einstein and Bohr would be shaped if we asked them about the humanitarian crises of today. But it is for sure that we are living in a plastic world, which is just a modern illusion.

*Merve Şebnem Oruç is an award-winning Turkish journalist and columnist for Daily Sabah and HABER. She is on Twitter here.

This article was first published at Robert Amsterdam‘s blog, which you can find here.

The article If No One Reports A Massacre Somewhere On Earth, Has It Still Happened? – OpEd appeared first on Eurasia Review.