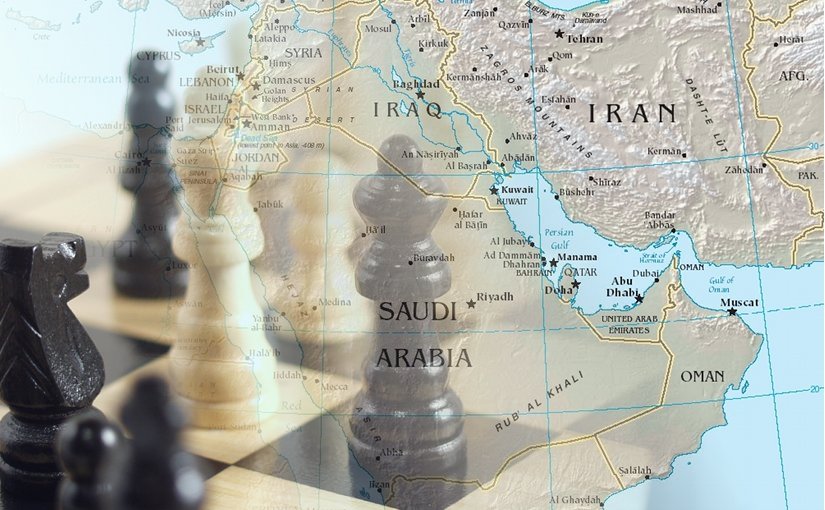 The Middle East is the most complex region across the globe. Over the years, it is under the clutch of political turnovers, sectarian issues, and Islamic extremism and has witnessed conflicts after conflicts. The sour equation between the regional powers and foreign influence makes the region prone to instability and turmoil. The fraught links of the Islamic Republic of Iran with the Kingdom of Saudi Arabia, Israel, and the United Arab Emirates have pushed the region to the verge of turbulence. The proxy war between Iran and Saudi Arabia (in Yemen, Lebanon, Iraq, and Syria) stands for their desire to call shots in the Mideast and it is one of the leading cause of regional chaos. However, the quest of Iran, Saudi Arabia, and the UAE to acquire nuclear capabilities has stirred another concern for instability in the region.

Recently, Iran resumes enrichment of Uranium to 20 percent purity at Fordo. Enrichment to 20 percent was the latest development in the Iranian nuclear program following the Trump withdrawal from Joint Comprehensive Plan of Action (JCPOA). Iran said it has started to increase uranium enrichment at Fordo because it has a right to change its undertakings on enrichment due to US non-compliance and the EU’s failure to trade with Iran. Iran’s ambition in acquiring nuclear-capability moderated when the Obama administration came to terms with Iran by signing a nuclear deal JCPOA with Iran. But it was of no avail after Donald Trump scrapped the JCPOA, blaming Iran that it is not abiding by the deal. This action fanned Iranian sentiments to expedite its nuclear program. The Iranian move of the enrichment of Uranium has raised eyebrows in its regional rival Israel. Benjamin Netanyahu accused Iran of continuing to act on its intention to “develop a military nuclear program.” “Israel will not allow Iran to manufacture nuclear weapons”.

Iran’s appetite to get access to nuclear assets aims to maintain the Balance of Power in the region that is inclined towards Israel. Moreover, nuclear Iran can bolster its influence in the periphery, countering its regional rival Saudi Arabia. Therefore, competing regional powers such as the UAE and Saudi Arabia fear that nuclear-armed Iran might exercise bolder foreign policy that curtails their influence in their periphery.

Obsession with gaining nuclear energy in the Mideast is not limited to Iran; Saudi Arabia and the UAE are also following the same suit. Saudi Arabia seems interested in building its nuclear capacity. Riyadh hankers for exercising the control over the Arab World and wants to keep Iran at bay. As a contender for regional influence, Riyadh cannot allow Tehran to be the sole nuclear power in the Mideast. Both countries vie for regional dominance. Henceforth, the pursuance of the nuclear program is vital to Riyadh’s interests. Crown Prince Muhammad Bin Suleman has categorically expressed his quest to build a nuclear bomb in response to Iran’s appetite. According to MBS, “without a doubt, if Iran developed a nuclear bomb, we would follow suit as soon as possible.” On the other hand, the UAE has also flicked the switch on a nuclear power plant. In Barakah, UAE’s first nuclear-reactor aims to generate 25 percent of its electricity. The UAE claims that the nuclear program aims to meet its energy needs and pledged not to exploit it for destructive goals. These episodes portray the regional powers’ ardent quest of acquiring nuclear-capabilities to win their spurs.

Then a question pops up that, what does it mean for the Mideast and the rest of the world?

The nuclear power race in the Middle East is characterized by the appetite of other Middle East countries like Turkey and Egypt to follow the same course. The nuclear weapons competition in the Gulf is likely to pit Turkey and Egypt in the nuclear programs race. Last year, Turkish President Tayyip Erdogan announced that his country would embark on building nuclear-capacity if its neighbors aspire to have nuclear power. If Turkey acquires nuclear weapons, its neighbors like Syria and Iraq might seek nuclear leverage, pushing the region towards turmoil. The move to generate power by nuclear means is slightly inexpedient since the UAE and Arab countries have abundance in hydrocarbons and renewable energy sources. Given the plenty of sunshine, wind, and hydrocarbons reserves in the Mideast, the UAE and Saudi Arabia can cater their needs from these resources. Moreover, nuclear costs are expensive, whereas renewable sources are about one-fifth the cost of nuclear energy. Apart from that, building nuclear power plants like Barakah involves exclusive risks. Considering the volatile circumstances in the Mideast, it encompasses unprecedented security risks. Since nuclear power plants deal with Uranium and they can be attacked with ease. In the past, nuclear power plants have been used as targets. They say, “the nuclear power plant in a country is like a pre-deployed nuclear weapon for the enemy.” On the accounts of water-scarcity, Gulf States rely on desalination. In the event of any misfortune, radioactive discharge to the marine environment holds pollution implications for desalination and drinking water. Paul Dorfman, a researcher at University College London’s Energy Institute says, the UAE’s investment in nuclear reactors risks further destabilizing the volatile Gulf region, damaging the environment and raising the possibility of nuclear proliferation. As the Middle East is rich in hydrocarbons and capable of feeding oil to the global industries, any nuclear standoff in the region would result in catastrophe, leading to the curtailment of oil supply across the globe.

As the Democratic candidate, Joe Biden is on his way to assume the power saddle of the US, his approach to revitalizing JCPOA bears prospects to tame nuclear risks in the Mideast. “If Iran returns to strict compliance with the nuclear deal, the United States would rejoin the agreement as a starting point for follow-on negotiations,” Biden said in an op-ed to CNN. Here, a substantial liability rests on Joe Biden’s shoulders to ensure nuclear restraint in the region. If he fails to revive the pact, Iran would speed up its nuclear program. In return, Saudi Arabia can opt for the same route. Consequently, nuclear Iran, Israel, and Saudi Arabia would step into the new epoch of geopolitics, leading to further regional-volatility and chaos.