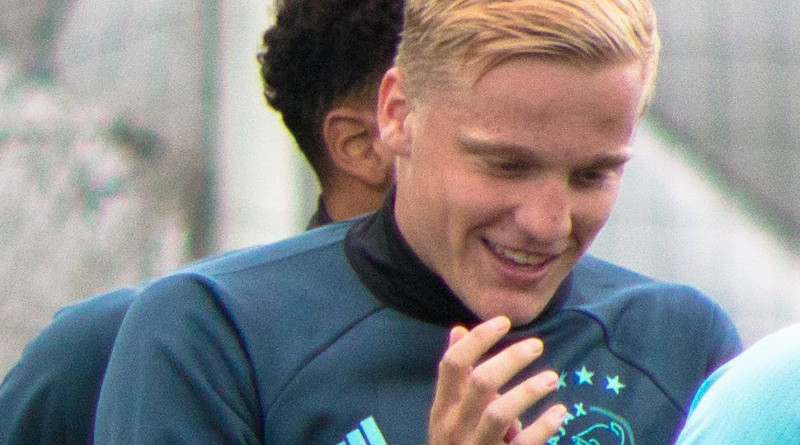 Manchester United have secured their first signing of the summer by securing the signature of former Ajax midfielder Donny van de Beek. The transfer fee revolves just under £40 million (£35 million initial, £4 million add-ons), which is fairly a reasonable price in today’s market.

The Old Trafford faithful have shown sheer frustration regarding their owners and chief executive Ed Woodward, mainly because every purchase takes an average six weeks to complete proven by the likes of Aaron Wan Bissaka, Harry Maguire and Bruno Fernandes in 2019/20 season.

But with the purchase of the former number 6 in just under a week was a surprisingly subtle piece of work by the Red Devils. The deal started instantly and after three days all the processes were satisfied including the medical and announcement. Thanks to an excellent relationship with Ajax and ex-Man United legend Edwin van der Sar (now CEO of Ajax FC) resulting in smooth negotiations throughout.

The 23 year old is well known for his Champions League performances in 2018/19 season helping his club reach to the final four. The most commendable of performances was against Spurs in the first leg of the semi-final dominating the match on both ends of the pitch.

Since Ole’s tenure started, all the signing lacked Champion League experience, but the Dutch international is not naive to the biggest competition in club football. He is not only young, tall and energetic which fits exactly in the United’s system but also is a proven talent on the big occasion. (5 goals and 3 assists in last 16 UCL starts by Statmandave)

Whether he will fit regularly in Ole Gunner Solskjaer’s plans or add depth to the midfield, which consists of Paul Pogba and Bruno Fernandes combined with Nemanja Matic, Fred and Scott Mctominay, remains to be seen as he is more of a box-to-box midfielder rather than being a specific attacking or defensive midfielder.

Ex-Arsenal legend Dennis Bergkamp describes him as a special talent at a young age which is clearly shown in 41 goals and 34 assists in the three seasons he spent at the Dutch giants. He was directly involved in 0.6 goals per 90 minutes in the whole of 2019/20 season in the Eredivisie. Attacking output is coupled by 2 tackles per game and winning 47 tackles from midfield in the Eredivisie (3rd best in the league).

According to his previous manager Frank de Boer, van de Beek’s prominence is shown at the no.6 position. This does not mean he can operate comfortably as a central defensive midfielder, but rather a role that collects the ball from the defenders and plays it to build attacks. Now, the problem lies with the position at the club where Paul Pogba maneuvers in the same way.

In his first official interview after joining he clearly expressed his desire to get in the box and make runs hence indicating goals and assists at a greater rate than breaking the lines. Bruno Fernandes meanwhile has cemented his position at that particular role due to a heroic impact as mentioned in my previous article.

So, it looks gradually more likely the new number 34 will bolster the quality on the bench, which was drastically lacking in the latter stages of the season when the Red Devils saw repetitive lineups and absence of quality in the substitutions to make a difference. Such a player is ideal in any squad that has to deal with 60 games a season at such a top level and which results in injuries and fatigue experienced in the last season.

It’s a crucial season for Ole Gunner Solskjaer and Manchester United as they look to improve their standings on the table and in the Champions League. Previously, we have seen Solskjaer prefer young British talent, which resulted in Man United overpaying, but it’s an intelligent learning curve for Manchester United that they should also keep an eye on foreign players who are massively cheaper than the Premier league stars.

Any room for Aston Villa’s captain Jack Grealish is totally abolished as the club wanted £70 million for the player. Similarly, Leicester’s James Maddison was reported to cost about £80 million, which is substantially higher than what United gave for the Dutch midfielder. The fact United captured Bruno Fernandes and Donny van de Beek for a combined total of (£80 million) is a great piece of business as Chelsea payed (£89 million) for the German International Kai Havertz. Donny van de Beek also came less for what Man City payed for Nathan Ake (£41 million).

It is quite fascinating to see how Ole’s men will lineup with van de Beek in the preferred 4-2-3-1 but it was a good buy fitting accurately in the system of young and hungry players with the humble personality and aggressive drive to give everything for the club, Donny van de Beek looks just like that with a fee adequate enough to welcome more signings.

The writer Ahmed Ali is a student of 4th Semester BS (Media & Communications) in Foundation University Rawalpindi, Pakistan and can be reached at ggmuahmed@gmail.com