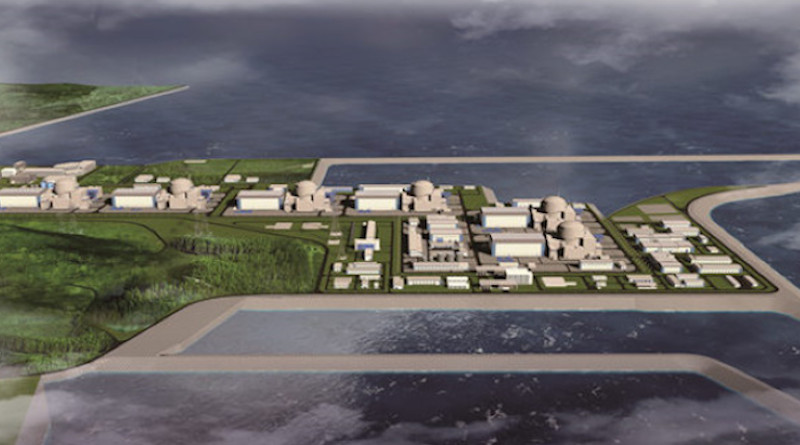 The pouring of first safety-related concrete has started for the second Hualong One unit at the Zhangzhou nuclear power plant in China’s Fujian province, China National Nuclear Corporation (CNNC) has announced. The units are scheduled to enter commercial operation in 2024 and 2025, respectively.

China’s Ministry of Ecology and Environment issued construction licences for Zhangzhou units 1 and 2 on 9 October, 2019 to CNNC-Guodian Zhangzhou Energy Company, the owner of Zhangzhou nuclear power project which was created by CNNC (51%) and China Guodian Corporation (49%) in 2011. The licences are valid for 10 years. Construction of unit 1 began one week after the issuance of a construction licence.

The company said the first tank of concrete for the basemat for Zhangzhou 2’s reactor was poured today, marking the official start of construction of the unit.

In May 2014, the local government gave approval for Phase I of the Zhangzhou plant, comprising two AP1000 units. The National Nuclear Safety Administration gave approval in December 2015 for the AP1000 units and confirmed site selection in October 2016. Construction of Phase I had originally been expected to start in May 2017. However, CNNC subsequently decided to use the Hualong One design instead. Two more units are planned for Phase II of the plant and a further two proposed for Phase III.

There are currently seven Hualong One units being built in China. In addition to the two Zhangzhou units, CNNC began construction of the first of two Hualong One units at Taipingling in Guangdong in December 2019. The company is also constructing two units at its Fuqing plant in Fujian province, while China General Nuclear (CGN) is building two at its Fangchenggang site in Guangxi province.

In addition, there are two Hualong One units under construction at Karachi in Pakistan. CGN proposes to use a UK version of its Hualong One design – the HPR1000 – at a prospective new nuclear power plant at Bradwell, England.