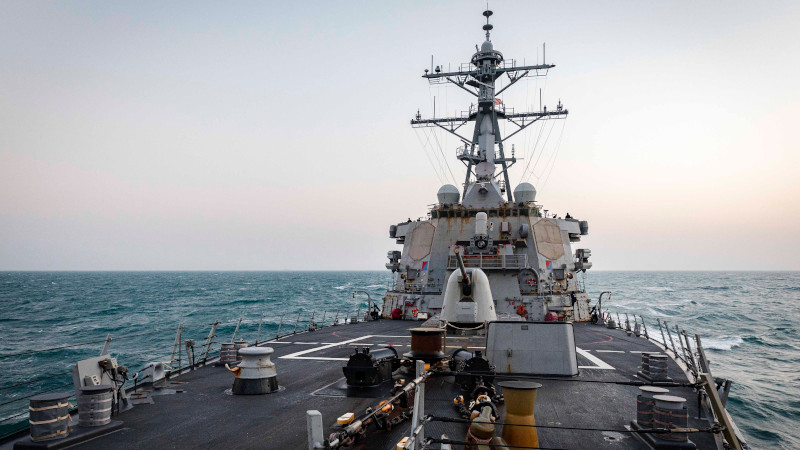 The US Navy said that Friday it completed its first freedom of navigation operation (FONOP) since Joe Biden became president. According to the Navy, the USS John S. McCain asserted navigational rights and freedoms in the vicinity of the Paracel Islands, consistent with international law.

“This freedom of navigation operation (“FONOP”) upheld the rights, freedoms and lawful uses of the sea recognized in international law by challenging the unlawful restrictions on innocent passage imposed by China, Taiwan, and Vietnam and also by challenging China’s claim to straight baselines enclosing the Paracel Islands,” the US Navy said in a statement.

According to the Navy, the unlawful and sweeping maritime claims in the South China Sea pose a serious threat to the freedom of the sea, including freedoms of navigation and overflight, free trade and unimpeded commerce, and freedom of economic opportunity for South China Sea littoral nations.

“The United States challenges excessive maritime claims around the world regardless of the identity of the claimant. The international law of the sea as reflected in the 1982 Law of the Sea Convention provides for certain rights and freedoms and other lawful uses of the sea to all nations,” the Navy said.

China, Taiwan, and Vietnam each claim sovereignty over the Paracel Islands. All three claimants require either permission or advance notification before a military vessel or warship engages in “innocent passage” through the territorial sea.

“Regardless of which claimant has sovereignty over the islands in the Paracel Islands, straight baselines cannot lawfully be drawn around the Paracel Islands in their entirety. International law as reflected in the Law of the Sea Convention is both clear and comprehensive regarding the circumstances under which States can depart from “normal” baselines,” according to the US Navy.

Straight baselines cannot be lawfully drawn in the Paracels under the international law of the sea as reflected in Article 7 of the Law of the Sea Convention.

According to the US, international law does not permit continental States, like China, to establish baselines around entire dispersed island groups.

“With these baselines, China has attempted to claim more internal waters, territorial sea, exclusive economic zone, and continental shelf than it is entitled to under international law. By conducting this operation, the United States demonstrated that these waters are beyond what China can lawfully claim as its territorial sea, and that China’s claimed straight baselines around the Paracel Islands are inconsistent with international law,” the Navy said.