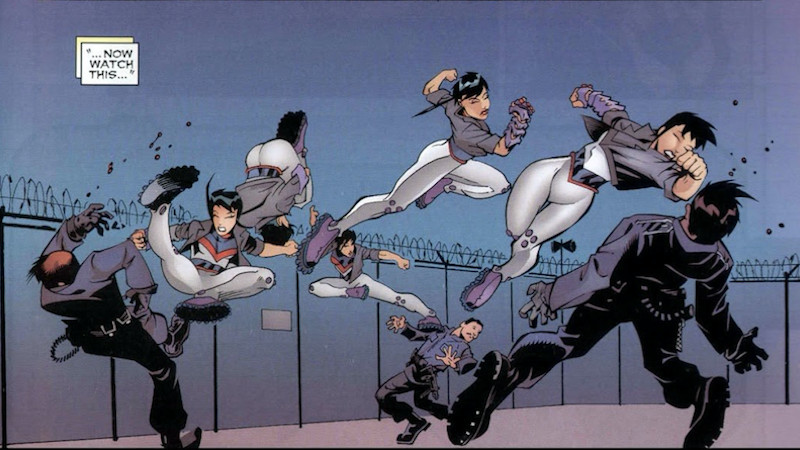 The world of comic books and graphic novels has long been a staple of arts scenes across North America, Japan and parts of Europe, yet its prominence in, impact upon, and reflection of Arab cultures has tended to be more limited. Dubai’s Jameel Arts Centre is looking to throw light on this creative scene, however, with the latest in its “Library Circles” program, which will showcase comics and graphic novels from librarian David Hirsch’s collection.

Philadelphia-born Hirsch is the advisor for the Mohammed bin Rashid Library in Al-Jaddaf, Dubai. A librarian for 34 years, and an avid fan of comics, graphic novels and manga, Hirsch first began to collect books in Middle Eastern languages when working at UCLA in 1993. Having lived, studied and worked across the Arab world throughout his career, Hirsch has become a leading expert on the Middle Eastern comic scene. The “Library Circles” exhibition includes titles from his own collection, as well as materials acquired by the Jameel Library.

“In terms of graphic novels, the Middle East is not nearly as developed as many other places in the world,” Hirsch tells Arab News. “That was one of the things that made it interesting. It was a challenge to put together the collection: these graphic novels are quite ephemeral and fugitive. I describe them that way because they are difficult to find, and are not published by mainstream publishers. However, Kalimat publishing in Sharjah has started producing their own, and I am thankful to them for trying to bring Arabic comics into the mainstream.”

Algeria publishes a lot more titles, Hirsch adds, in terms of the wider Arab world. “I think they publish more than any other Arab country, but most are in French. There’s very little in Arabic published in Algeria.

“After that, Lebanon is doing quite well. They have comic-book awards and festivals, and teach it as a university subject at AUB, which I believe is an essential step towards giving prominence to Arabic comics. There are examples from Lebanon in the exhibition. Other festivals such as Comic Con in Dubai and Manga Con in Saudi Arabia have also given additional prominence.”

While comic books remain a somewhat nascent art form in the Arab world, Hirsch believes it is a vital one, capable of offering a unique take on the region’s social, political and cultural nuances.

“Comics in the Arab world are reflections of different socio-political issues,” Hirsch says. “For example, ‘Hijab Girl’ explored how female empowerment issues are discussed. Many of the titles were published by government entities, or with government support, and you can read how they encourage a specific sense of national pride.”

Kuwait’s “The 99” also serves as a vital window to the Arab world, Hirsch explains. “It was a good way of attracting youth in terms of them understanding religion and making it more accessible. It’s also unique in that it is available in different languages, and the comics even inspired a theme park.”

And given the fondness in the Middle East for comic book series from more established markets, Hirsh remains a strong believer that there is an appetite for local content if the authors, artists and publishers exist to produce it.

“I gave a talk about Arabic comics in Saudi Arabia,” Hirsch recalls. “All the attendees, men and women, were singing along with (Lebanese singer) Sami Clark’s rendition of the famous (Japanese series) ‘Grendizer’ song. It was such an incredible feeling.”

A key aim of the exhibition is raising awareness of the existence of this art form in the Arab world. But Hirsch also stresses the importance of archiving.

“It’s an unfortunate fact that many publishers don’t have archives of their issues,” he explains. “I faced this with one of the publishers who did not have any copies of the graphic novel they produced. Keeping and maintaining archives is a challenge in general in the Arab world, and also applies to graphic novels.”

As a result, when putting together the exhibition, a sizeable issue Hirsch faced was getting hold of as many titles as possible. “Some of them were rather last-minute additions that I picked up at the Sharjah Book Fair,” he admits.

Of the publications on display, there are a number that he regards as particularly important. Here, Hirsch talks us through some of the highlights.

“Corniche” is an anthology of comics from the UAE, commissioned by Sharjah Art Foundation’s Focal Point (the annual art book fair). The publication is the result of a series of workshops led by artist Nassir Nasrallah and includes the work of 15 local artists and illustrators. The title and cover pay homage to the Sharjah Corniche, along which many of Sharjah Art Foundation’s spaces are housed.

This comic, by Emirati author Hamda Saad, narrates the day-to-day encounters of its main protagonist, Shamma, who is promoted to become the head of her department at work. Whilst she is incredibly career-driven, Shamma must navigate the challenges this promotion brings, while maneuvering the realities of her home life. Saad writes in the afterword about the importance of having the story be based on Emirati characters and the cultural challenges behind drawing Emirati national dress.

This story, by Sarah Al-Hazmi, begins when the protagonist is hit by a car and hurtles through the air to then land in a pair of green underpants! A young boy named Fady witnesses the accident and is convinced she is a superhero, eventually becoming her sidekick. Saudi journalist Mohammed Alshoaiby wrote: “Hijab Girl does not face alien invaders, mechanical monstrosities or genetically-altered bullies, but instead fights against ignorance, apathy and complacency — foes that have proven far more resilient than the efforts of most superheroes.’”

Created by Dr. Naif Al-Mutawa, this series follows a team of superheroes with special powers influenced by the 99 attributes of God in Islam. The comic has had a contentious journey since its inception. On the one hand, it was celebrated with multiple awards and plans of Hollywood adaptation. However, the comics have also faced strong opposition from Islamic conservatives, lawsuits, and even a Twitter hashtag that threatened Dr Naif. Despite these challenges, the series had a far-reaching audience and was translated into eight languages including Arabic, English, Turkish, Spanish and Indonesian. Over 25 issues were published.

In his introduction to “The Locust Effect,” Dr. Ahmed Khaled Tawfik writes a beautiful passage on what comics mean to contemporary society: “It is thought that comics can constitute the ninth form of the arts through which cinema, plastic art and literature all come together. It is indeed disheartening that comics are still disregarded in Egyptian society and, as usual, only appreciated by the youth. We need ‘The Locust Effect’ and its storyline more than ever to escape Orwellian media, document justice and absolve our martyrs and their sacrifices and stories.”