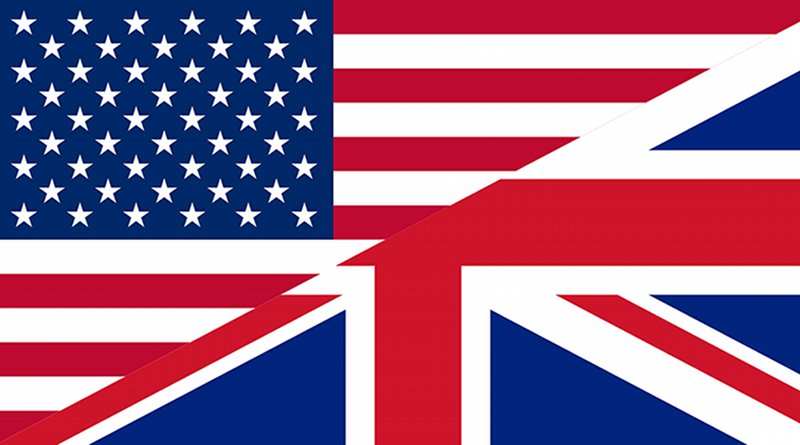 If there were a meter that ranked satisfaction at 10 Downing Street, London, on a scale from one to 10, I can guarantee that it was registering about 15 the other day, when Prime Minister Boris Johnson became the first world leader outside the Americas to receive a phone call from new US President Joe Biden. The call demolished two myths at an early stage: That Biden’s Irish heritage and some careless remarks made by Johnson years ago would make the president ill-disposed toward the UK and its leader; and that the decision of the UK to leave the EU redefined it as less relevant to both US and world politics.

Both nations can be pleased at such an early reset, which is beneficial to each. Although for different reasons, the US and the UK both started the year with reputational issues that needed addressing. The US is seen very differently after four traumatic years of Donald Trump. The world has changed, and the storming of the Capitol suggested the US has changed too — but no one is quite sure where it is going. Re-establishing its relationships, particularly with long-standing allies, is a vital precursor to facing the challenges ahead.

Brexit led to questions surrounding the wisdom of the UK in untethering itself from the EU in its never-ending search for a post-empire role.

Accordingly, recognizing the UK’s formidable reach through that early call is highly significant. The US establishment’s acknowledgement of the UK’s strategic importance — beginning with the country’s leadership of the UN Security Council (UNSC) this month and its hosting of the G7 and COP26 summits later this year, while also still containing an institutional intelligence and defense alliance with the US ranking above all others — will have been noticed. In a world that badly needs evidence of the like-minded coming together, an unnecessary rift between Washington and London would sit ill.

But what real difference might this alliance and relationship make? Clues might be found in the just-published agenda of the UNSC for the UK presidency, and in Joe Biden’s subsequent first foreign policy speech. Both highlighted areas, not only of national priority to each, but also where only concerted international action will pull the world back from potential disaster and disruption. They had a welcome symmetry, and the UK will have noted where it might have influence in common causes.

The first item is climate change, and no one should underestimate just how important this issue is to both leaders. I strongly suspect that Biden sees it as perhaps the real legacy issue for his administration, not just making up for Trump, but putting a revived US green economy firmly behind the radical changes required. “Empires fall,” as the musical “Hamilton” reminds us, but “oceans rise” and we do not get a second chance with the planet. Johnson feels the same, and has long championed the environment and wildlife in his career. COP26 is his legacy issue, and the two of them urging each other on further could be one of the year’s stories. The Middle East should be pleased with this emphasis, where attention to renewables, sustainability and new technologies in some countries is making it a key partner.

The second UNSC agenda item of the British is the coronavirus disease (COVID-19) and there are opportunities here for joint action. The need to avoid vaccine nationalism, and the world’s poor being blighted by non-delivery, will grow urgent this year. The UK’s lead as a major donor in global health sustainability, through Covax and Gavi, must be well supported by a US returning to multilateral action. It is not too late to heed UN Secretary-General Antonio Guterres’ call for COVID-19 to be a bridge between nations, for conflicts throughout the Middle East to be brought to a close, and for states in the region faced with threats from disease beyond their borders to work collectively, not least for the self-interested principle that my neighbor’s virus could kill me. Those who reach out to help others will be remembered.

Thirdly, the politics of the Middle East, another element of President Biden’s speech, features high on the UK’s UN agenda, with Syria, Iraq and Yemen named specifically. These issues provide an early opportunity to gauge the new Biden team, which is full of previous administration experience, and for them to demonstrate that they know the world they have returned to is not 2016 anymore. Their appetite for involvement will be scrutinized. I think the UK will want to encourage the US in terms of a clear-eyed negotiation over Iran, recognizing the interests of Arab partners and Israel, but will also perhaps press for a realistic new approach between Israel and Palestine in light of the changed region and world.

Global challenges abound. The UK will be at the center of the diplomatic machinery setting a course for the post-COVID-19 world. Bringing the like-minded together, and challenging the reluctant and skeptical, will be easier, and more successful, now that “America is back.”