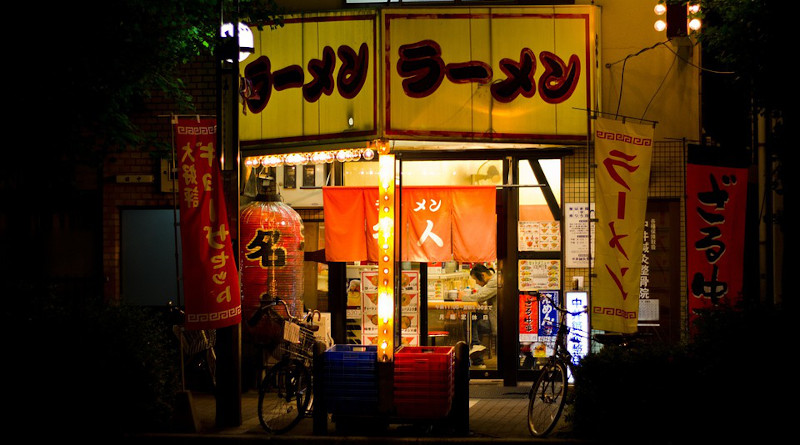 China is counting on a double-digit surge in retail sales this year after a decline in 2020 raised doubts about official claims of economic growth.

On Jan. 23, the China General Chamber of Commerce released a report predicting that growth in retail sales of consumer goods “will likely exceed 10 percent this year,” the official Xinhua news agency reported.

The bullish forecast follows a 3.9-percent sales slump in 2020.

The key component of consumption has lagged despite official reports of economic recovery from the COVID-19 crisis. Improvement was gradual but sluggish in the second half of last year.

Retail sales edged up 0.9 percent from a year earlier in the third quarter before posting a fourth-quarter gain of 4.6 percent.

The sales numbers are watched closely to track overall growth in China’s economy, which rose 2.3 percent in 2020, according to official results from the National Bureau of Statistics (NBS).

China’s gross domestic product growth was the slowest in 44 years, but it was the only major economy to record any growth at all in a year devastated by the pandemic.

So far, China’s retail sales performance has been stubbornly uncooperative despite the importance placed on it by government economists and think tanks.

According to the NBS, consumer spending accounted for 54.3 percent of GDP last year and as much as 57.8 percent in 2019.

The domestic market has been designated as the “mainstay” of the economy under President Xi Jinping’s “dual circulation” strategy, which reduces traditional reliance on export-led growth and presumes that China’s consumers will buy more of the high-end products that were previously intended for buyers abroad.

“We need to make consumers the mainstay,” said Qiu Baoxing, an adviser to the cabinet-level State Council, last October. “By focusing on domestic circulation, we are actually enhancing our own resilience,” Qiu said in comments reported by The New York Times.

The focus on consumption raises critical questions about the official economic reporting for last year and prospects for 2021.

If so much depends on consumers, why haven’t they cooperated by pumping up retail sales?

And if consumer spending accounted for well over half of GDP last year, why did GDP rise when consumer sales fell?

And what is the validity of Xi’s dual-circulation theory when the “mainstay” of consumption declined, while exports rose 3.6 percent last year in what the Communist Party tabloid Global Times called China’s “tower of strength?”

On Jan. 20, the official English-language China Daily provided one partial answer, but the explanation only prompted more questions.

The paper conceded that “consumption continued to be a weak spot in China’s recovery,” in line with decade-low inflation of 2.5 percent. In a further sign of weakness, last year’s imports declined 1.1 percent.

But the report suggested an entirely new mainstay for the economy that would put everything right.

Until now, the government had congratulated itself on avoiding another “deluge of strong stimulus policies” to stir up the economy last year, according to Xinhua reporting on December’s Central Economic Work Conference.

The DRC’s newly-designated “mainstay” seemed to signal a shift toward more government spending on infrastructure, but the connection to domestic consumption was left unexplained.

The identification of consumption as a “weak spot” suggests that economic theorists are shopping for a new mainstay in case dual circulation fails to pan out.

Those who call for a double-digit surge in retail sales this year appear to be working backwards from what will be required to meet an 8.1-percent GDP growth target rather than forecasting from signs of expanding consumer demand.

Derek Scissors, an Asia economist and resident scholar at the American Enterprise Institute in Washington, says some answers to the questions may be found by challenging China’s economic growth claims.

In a blog posting on Jan. 19, Scissors argued that China’s GDP probably fell last year by as much as 2 percent instead of rising by 2.3 percent. The difference is likely to be due to NBS “smoothing” of results from the first-quarter contraction last year during the COVID-19 lockdown.

In an email message, Scissors also cast doubt on the NBS estimates of consumer spending’s contribution to GDP.

The weakness in retail sales can be seen as an effect of the continuing COVID-19 crisis with repeated outbreaks of new clusters of infections and restrictions.

“Retail sales will recover sharply when COVID fears recede — a big topic in itself given the low efficacy of Chinese vaccinations,” Scissors said.

As to the shifting roles of various factors described as the mainstay of economic recovery, a clear answer has yet to emerge.

“Consumption is the mainstay of the economy until those unreliable consumers don’t cooperate with growth targets, and then the mainstay is state action to boost investment and production,” Scissors said.

One implication of lagging domestic consumption is that more of China’s production may be pushed into exports if the government persists in spurring output with increased spending, lending and investment to meet economic growth goals.

The value-added industrial output of enterprises recorded by the NBS rose 7.1 percent from a year earlier in the fourth quarter, driving an increase of 2.8 percent for the full year.