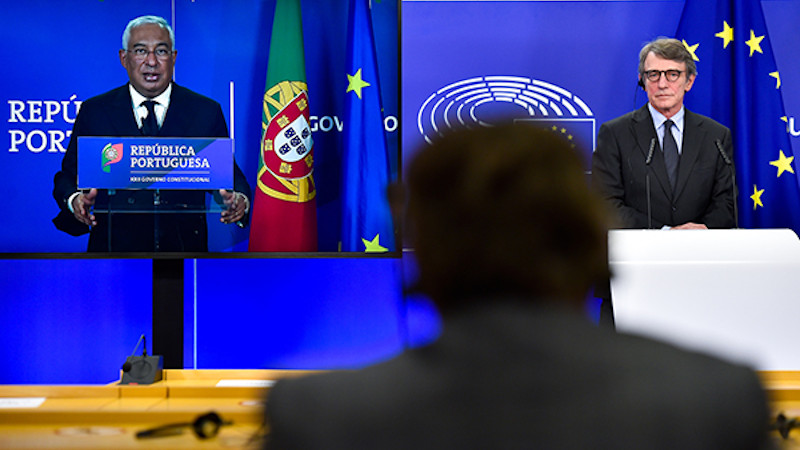 On 1 January 2021 Germany handed over the Presidency of the Council of the EU to Portugal.1 The Portuguese government will lead the third Presidency to be challenged by the COVID-19 pandemic. However, with a vaccine in sight and the reforms initiated during the German Presidency there now seems to be a steadier path towards a post-COVID-19 recovery. This is why it is time to focus both on short-term problems and also on a long-term vision.

Having said that, the Portuguese Presidency will be faced with internal and external challenges. Internally, the divisions between member states –mainly the divide over the EU’s constitutional values of democracy and the rule of law– have started to have an impact on the Union’s capacity to act. Externally, the EU’s neighbourhood has become increasingly unsettled over the past months, with continued protests for democratic rights in Belarus and multiple crises in the Eastern Mediterranean, in addition to the recent military conflict in Nagorno-Karabakh. Globally, the election of Joe Biden and Kamala Harris to the Presidency of the US led to a sigh of relief in Brussels. Still, the EU is expected to find its own contribution to restoring transatlantic relations and reforming multilateralism.

Each Presidency needs to choose its aims wisely in view of the realities it is facing and its limited six-month timeframe. Given the current circumstances, the Portuguese Presidency is well advised to aim at accomplishing three things: (1) completing unfinished business, including acting on the decisions taken during the German Presidency; (2) leaving a mark of its own, with the focus on a resilient, social and green Europe; and (3) successfully initiating relations with the Biden Administration, restoring faith in the transatlantic relationship.

Regarding unfinished business, Portugal has a long list. The first priority will remain the implementation of the €1.8 trillion package that combines the EU’s multiannual financial framework (MFF), the recovery plan and Next Generation EU. Even if an agreement is finally reached, Portugal will have to mend the deep fractures produced first by the negotiations on the allocation of financial resources between the Mediterranean countries and the so-called frugal four over the solidarity principle, and then by the stubborn refusal of Hungary and Poland, followed by Slovenia, to accept the rule-of-law conditionality. This mending effort will also be crucial to guarantee the necessary consensus on national recovery and resilience plans, and to allow funds to be disbursed in due time to face the consequences of the COVID-19 pandemic effectively.

Another promise that cannot be neglected is the launch of a Europe-wide Conference on the Union’s Future : a year after its announcement by the European Commission and the European Parliament and five months after a position was agreed on by the Council of the EU, no concrete steps have been taken to make the project reality. It will now be up to the Portuguese Presidency to deliver, by finding a compromise, finalising its working method and calendar, and –most importantly– defining its goals and nature, which are not yet clear. Should the Conference lead to proper EU institutional reform, or should it merely be a citizens’ consultation forum? We all deserve to know where the exercise will lead us.

Deal or no deal, undefined since the two sides decided to continue negotiating, Brexit will keep the Portuguese Presidency busy. Both scenarios will require the careful balancing of relations between EU countries and the UK, as well as the management of Brexit’s consequences. Inevitably, Northern Ireland and Scotland will try to involve the EU in their disputes over the definition of their status in a post-Brexit UK, seeking political support for their claims.

In addition to handling all this unfinished business, Lisbon should aim to leave its own mark. Portugal centres its Presidency on a social Europe, a welcome development since the pandemic has once again highlighted the Union’s inequalities –both between member states and within societies– and even deepened them. Hence, it is clearly the time to invest in a resilient and social Europe. During the Portuguese Presidency a Social Summit is planned and the implementation of the European Pillar of Social Rights needs to be ensured. Furthermore, the Portuguese Presidency should make sure that the EU continues on the path towards a Green Europe. Portugal should not be afraid to take a leading role in the field of migration by coordinating efforts to reach an agreement on the New Pact on Migration between Member States and communicating the agreement’s benefits to Europe’s citizens.

In terms of digitalisation, fostering a shared commitment and maintaining a sense of priority towards digitalisation among member states could be one of the most important achievements of the Portuguese Presidency. While doing so, the issues of digital equality of access and digital democracy should be kept in sight.

Finally, Lisbon should place a particular focus on the EU’s resilience as its preservation demands continuous action with a view to safeguarding fundamental rights, the rule of law and an open economy, defending solidarity between member states as well as avoiding the trap of becoming embroiled in US and Chinese power games.

The Portuguese Presidency also needs to keep an eye across the Atlantic. The very much awaited election of Joe Biden, who will assume office in January 2021, is of prime importance. This means that the Portuguese Presidency will lead the first contact with the new Administration. Even if a long-term strategy is needed to revitalise transatlantic relations, the first contact will be important for setting the tone. Europe knows that the golden days of transatlantic relations –when it could almost delegate their security to the US– are over. The relationship should be rebuilt on a more equal footing.

The experience with Donald Trump in the White House has tested the resilience of democratic institutions. All the crises that EU members have undergone –remember that the century started with a constitutional crisis, continued with a global financial and Eurozone crisis, a political crisis caused by masses seeking asylum in Europe, Brexit and then COVID-19– have been enormous challenges as well. These common points in domestic politics –the need to strengthen democratic institutions, the fight against inequality and the reduction of polarisation in Western societies’– could serve as a starting point for foreign policy. The Portuguese Presidency would be the ideal team to start exploring possible ways of cooperating along these lines, since a social Europe based on essential rights and freedoms is also their motto.

Source: This article was published by Elcano Royal Institute

The article Portuguese Presidency: Striking Balance Between Unfinished Business And Leaving Its Own Mark – Analysis appeared first on Eurasia Review.