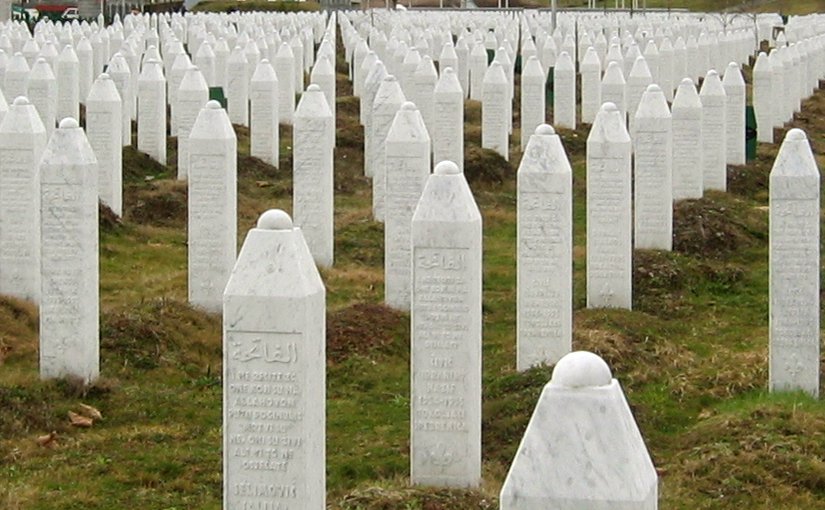 Twenty six years after the end of the unintelligent and petrifying Bosnian war, which brought enormous human sufferings, we still hope for a reasonable leader who would head intellectual, spiritual, and moral rebirth of the country from ethno-religious abyss of the ruling political opportunism. From the right-left political spectrum, and from the top to the bottom, the government structure is loaded with partisanship, grand corruption, and incompetence. Indeed, “Homo homini lupus est!”. Yet, as humans of the ever prosperous twenty-first century, don’t we owe each other more refined understandings, respect, and treatment?

Nelson Mandela, the former South African president, dedicated his life to democracy, equality of the oppressed, and education. His hard-fought democratic vision of South Africa led to the abolishment of the country’s cruel apartheid system, for which he received, together with Frederik Willem de Klerk, the Nobel Peace Prize in 1993. In the post-apartheid period, he founded the Truth and Reconciliation Commission to redress human rights violations committed under the former regime. In 1995, Mandela announced a new democratic constitution. Likewise, he advocated for economic revival, welfare programs and literacy among the black population while empathizing with white Africans. Globally, he inspired peoples to stand up for equality. Notably, he championed for peace, reconciliation and social justice via Nelson Mandela Foundation. A true leader of all of us!

Nowadays, tens of thousands of survivors of serious war crimes in Bosnia still await justice. UN Committee on the Elimination of Discrimination against Women (CEDAW) recently found that national authorities failed importantly to ensure effective remedy and full reparations to victims of sexual violence. In a submitted communication, a Bosnian Croat, S. H. was raped by a Bosnian Serb soldier in Prijedor during 1995 wartime but she still didn’t receive the justice she deserves. Sham procedures, discriminatory laws, untimely and inadequate redress usually leave many women survivors re-traumatized, destitute, and desperate. The reviewed case is still pending before the domestic authorities.

Don’t we in the rights of others fight for our rights as humans as well? Shouldn’t the ruling pseudo-nationalistic elites create public politics based primarily on our common human identity, instead of divisive ethnoreligious identities? In this way, we would be able to develop our human potentialities and personal ideals as citizens of our country equally.

In the latest report, Transparency International saw Bosnian political corruption increased by six more points from 2012. The often ineffective judiciary, non-transparent public administration, and the misuse of public funds are just a few of the pressing public issues. The political leadership is principally responsible for such “undemocratic adventurism”. Essentially, the anti-corruption Law on Conflicts of Interests does not regulate influential political clientelism, nepotism, and cronyism adequately. Simultaneously, the biased judiciary often shields the politicians due to inconvenient platitudes of “lack of evidence”. As of 2020, Croatian Democratic Party (HDZ) proposed aberrant amendments, to the draft law at the state parliament, which would legalize the conflict of interests for governmental officials. The proposed measures appear as a “great overture” to the grander corruption.

The public corruption has staggering implications for a constitutionally guaranteed dignified human life. It affects individual rights to participation in one’s government, work, health, education, an adequate standard of living, and property. But, it also strikes the quality of social relationships upon which enjoyment of our communal life is possible.

Only recently, during 2018, a record number of 44,700 people immigrated to other countries. Organization for Economic Co-operation and Development (OECD) documented that 184,000 citizens left the country in the period between 2013 and 2017. A major cause of massive economic emigrations from the country is the absence of “serious strategy for economic and social development”, as the study by Westminster Foundation for Democracy suggests. As a consequence, Bosnia and Herzegovina have become one of the five poorest states in Europe. Illustratively, the Household Consumption Survey estimated that over 500,000 citizens, out of 3,5 million, lived beneath the relative poverty line in 2015. In 2019, the Agency for Statistics of Bosnia and Herzegovina registered low employment standard of only 35.50%. The greatest unemployment degree of 39.70% is just among young people. Hence, the citizens leave the country due to the governments’ serious systematic failures to ensure opportunity for all. Long term implications of such stagnating economic and social politics are even more concerning.

Looking at the country’s public politics seems like viewing, not “smart” trends, but the “graveyard of good ideas” apparently. Generally expensive and enormous administrations’ usual lack of clear perspective, care and attention contribute to the “Spartan” social injustice too.

This year marked the twenty-fifth anniversary of the Dayton Peace Agreement. The negative peace endured, but positive peace shattered. On the occasion, the regional scholars and diplomats discussed, “Where is Bosnia and Herzegovina heading?” via the online conference. The working papers expressed common democratic concerns and tentatively envisioned a geopolitical path toward E.U. and NATO. But, without a purposive human action, moral responsibility, and good democratic guidance, Bosnia and Herzegovina is heading toward nowhere particularly, both as an idea and as an actual state. Unscrupulous leadership, weak democratic and legal culture, chronic corruption, and stagnation are Bosnia today.

Where is an “epitome” of human and democratic greatness to be found in our country? Where is the person in each one of us, who is going to take a stand for the equality of each one of us? Perhaps, we will never have our “own” Nelson Mandela, but in the meantime, and all human fairness, we should personally start to “do unto others as we would love them to do unto us”.

*Haris Subašić holds a PhD degree from the Human Rights Department at the Hacettepe University in Turkey.

The views expressed in this article do not necessarily reflect those of TransConflict.

The article Bosnia-Herzegovina: Where Is Our ‘Own’ Nelson Mandela? – OpEd appeared first on Eurasia Review.