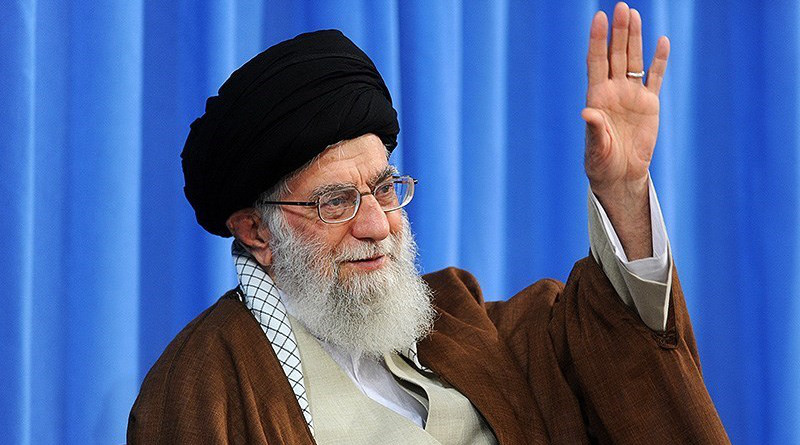 In his “The Art of War”, the ancient Chinese general Sun Tzu said: “Know your enemy and know yourself, and you will not be defeated in a hundred battles.”

Can anyone claim to know the revolutionary Iranian regime?  For 41 years world leaders have been unable, or perhaps unwilling, to perceive the quintessential purposes that motivated the leader of Iran’s Islamic revolution of 1979, or to appreciate that these same objectives have driven the regime ever since and continue to be its raison d’être.

The regime’s original Supreme Leader, Ayatollah Ruhollah Khomeini, affirmed repeatedly that the foundation stone of his philosophy, the very purpose of his revolution, was to destroy Western-style democracy and its way of life, and to impose Shia Islam on the whole world.  He identified the United States and Israel as his prime targets.

“We wish to cause the corrupt roots of Zionism, Capitalism and Communism to wither throughout the world,” said Khomeini. “We wish, as does God almighty, to destroy the systems which are based on these three foundations, and to promote the Islamic order of the Prophet.” By this he meant his strict Shia interpretation of Islam, for elsewhere he had declared that the holy city of Mecca, situated in the heart of Sunni Saudi Arabia, was in the hands of “a band of heretics”.

Ever since 1979 the world could have recognized, if it had had a mind to, that the Iranian regime was engaged in a focused pursuit of these twin objectives, quite impervious to any other considerations – and, indeed, that it is still doing so. If post-revolution Iranian actions had been interpreted in the light of religious zeal on the one hand, and realpolitik on the other, the threat that Iran now poses to the Middle East could have been averted.  Instead wishful thinking has governed the approach of many of the world’s leaders to Iran, and continues to do so.

“We shall export our revolution to the whole world,” declared Khomeini. “Until the cry ‘There is no god but Allah’ resounds over the whole world, there will be struggle.”

Pursuit of this fundamental objective of the Islamic Revolution has involved the state – acting either directly or through proxy militant bodies like Hezbollah or the Houthis that enable it to deny responsibility – in a succession of  bombings, rocket attacks, assassinations and acts of terror directed not only against Western targets, but against non-Shia Muslims as well. “To kill the infidels,” declared Khomeini, “is one of the noblest missions Allah has reserved for mankind.”

For decades Iran has also made determined efforts to develop nuclear power, with the aim – never openly acknowledged – of producing nuclear weapons. It is unlikely that the present regime has abandoned that objective.

In 2015, in an attempt to cripple its nuclear program, the permanent members of the UN Security Council together with Germany concluded an agreement with Iran. No doubt all those involved, including then-US President Barak Obama, had the very best of intentions. With that deal – which incorporated a substantial financial boost to Iran – they believed they had put the regime’s nuclear ambitions on hold for at least 15 years, making the world a safer place. Moreover they believed that they had taken an important step toward normalizing relations and bringing Iran back within the comity of nations.

To quote President Donald Trump, speaking on January 8, 2020: “Iran’s hostilities substantially increased after the foolish Iran nuclear deal was signed in 2015, and they were given $150 billion, not to mention $1.8 billion in cash. Instead of saying “thank you” to the United States, they chanted “death to America.” In fact, they chanted “death to America” the day the agreement was signed. Then, Iran went on a terror spree, funded by the money from the deal, and created hell in Yemen, Syria, Lebanon, Afghanistan, and Iraq. The missiles fired last night at us and our allies were paid for with the funds made available by the last administration.”

The problem that Iran poses to the civilized world stems entirely from the Islamic revolutionary regime that the nation wished on itself back in 1979. Unwavering pursuit of the fundamental objectives of the Islamic Revolution partly explains Iran’s unremitting hostility to Sunni Saudi Arabia. With Islam’s two holiest cities, Mecca and Medina, within its borders, the Saudi kingdom sees itself as the leader of the Muslim world – a claim hotly contested by Iran. The regime sees Saudi Arabia as its great rival for political, as well as religious, hegemony in the region.

Iran’s leaders want to destroy the world as we know it. They want to overthrow Western-style democracy of which America is the prime exponent, to wipe out the state of Israel, to impose Shia Islam first on the Muslim world, and then on the world entire, and to achieve political dominance in the Middle East. They believe that any means are justified in the struggle to achieve their aims – God-given aims, as they perceive them.  In pursuing them they are prepared to bluff, trick and cheat, and to undertake or facilitate acts of terror regardless of the deaths or injuries inflicted.

For some time the Sunni Arab world has recognized who its main enemy was. The recent UAE-Israel deal is one outcome – perhaps the first of others. Western leaders want to believe in an accommodation with the regime. A clear-eyed look at the facts shows that this is simply not possible. This Iranian regime is not, and has no intention of ever becoming, one of the comity of civilized nations. It simply does not wish to be “brought in out of the cold”. To accede to that would be to negate the fundamental purposes underlying the revolution, purposes to which the ayatollahs remain unshakably committed.