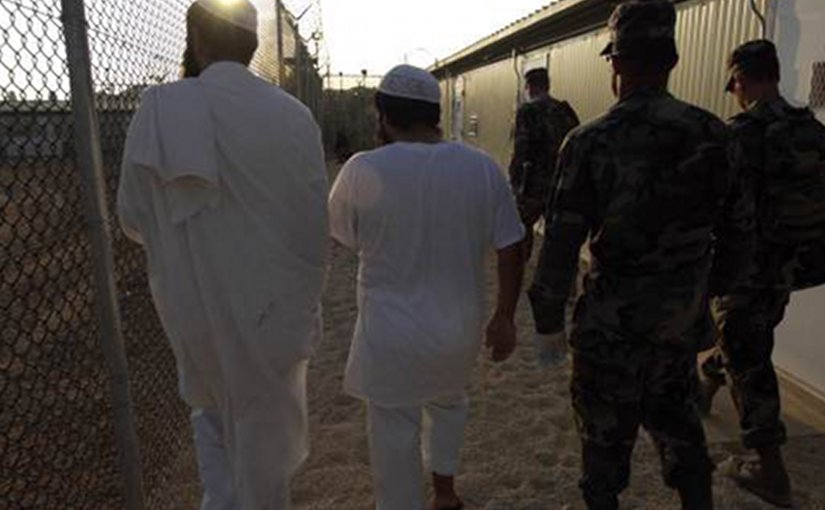 In the long and profoundly dispiriting story of the Guantánamo prisoners’ efforts to challenge their imprisonment without charge or trial through legal means, their victories — in Rasul v. Bush in 2004, and Boumediene v. Bush in 2008, when they were granted habeas corpus rights — evaporated through a number of appeals court rulings from 2009 to 2011, which ended up with the prisoners’ habeas rights being gutted of all meaning.

Between 2008 and 2010, 38 prisoners had their habeas corpus petitions approved, meaning that, even though the government had been given a very low evidentiary hurdle, they couldn’t even demonstrate to a range of District Court judges that the men in question were involved, in any meaningful sense at all, with either Al-Qaeda or the Taliban. Since 2010, however, not a single prisoner has had his habeas corpus petition granted, and efforts to persuade the Supreme Court to take back control of the prisoners’ fate have also come to nothing.

Finally, however, last June, the prisoners secured a significant victory in the D.C. Circuit Court (the court of appeals in Washington, D.C.), in a case argued by Close Guantánamo’s co-founder Tom Wilner, as I explained in an article entitled, A Rare Court Victory Offers Hope for Guantánamo’s “Forever Prisoners”, when a panel of three judges ruled, in the case of Khalid Qassim, an insignificant prisoner, and yet one who has been held now for over 18 years without charge or trial, that he should be able to see and rebut the evidence purportedly justifying his detention.

This, of course, ought to be the cornerstone of a fair legal hearing, but in that period when politically biased D.C Circuit Court judges fought back against Boumediene v. Bush, judges in a case known as Kiyemba v. Obama, “declared,” as Tom Wilner described it, “that, although the detainees may have a right to a habeas hearing, they have no constitutional right to due process of law.”

Since then, as Wilner proceeded to explain, the District Court has “strictly followed and uniformly interpreted that decision to deny the detainees the right to view any of the purported evidence against them that the government claims is classified”, and, “[b]ecause the government claims that almost all the evidence is classified, the Kiyemba decision effectively prevents the detainees from seeing, confronting and rebutting the purported evidence against them, making it virtually impossible for them to prevail in a habeas proceeding.”

That ruling, Qassim v. Trump, involved the D.C. Circuit Court judges sending Qassim’s case back to the lower court, where, sadly, it has languished ever since.

This spring, however, a number of distinguished law professors — including Kermit Roosevelt III, Bruce Ackerman, Douglas Cassel, Erwin Chemerinsky, Eugene Fidell, Eric Freedman, Laurence Tribe, and Steve Vladeck — submitted an amicus brief, reinforcing why Qassim’s case is so significant, in which they reiterated that it is unconstitutional to interpret Boumediene as a justification for invoking the Suspension Clause regarding habeas corpus for the Guantánamo prisoners, as the government has tried to do, on the basis of the prisoners’ nationality, and by claiming that habeas rights do not necessarily involve full and meaningful due process rights.

As the amicus law professors stated explicitly, “First, after Boumediene, it is simply not the case that noncitizens outside the United States are categorically unable to invoke the protections of the Constitution. Second, affording detainees inadequate process to challenge their detention is a suspension of the writ of habeas corpus. And last, litigation in federal courts inside the United States is always governed by the Due Process Clause. In denying these propositions, the government rejects both basic understandings of our constitutional order and directly controlling Supreme Court authority.”

Now, however, in a ruling in a case involving another Guantánamo prisoner, Abdulsalam al-Hela, a panel of appeals court judges led by Donald Trump appointee Judge Neomi Rao seem to have set out to undermine last year’s Qassim ruling.

As American Military News explained in an article, in the court’s opinion, issued last  Friday, Judge Rao wrote, “We reject Al Hela’s due process claims because the Due Process Clause may not be invoked by aliens without property or presence in the sovereign territory of the United States.”

In doing so, Judge Rao was joined by her colleague, Senior Circuit Judge A. Raymond Randolph, who was involved in some of the dreadful decisions a decade ago, although it is noteworthy, however, that,as was made clear in Qassim, this is explicitly not what the Supreme Court ruled in Boumediene.

The case is now almost certain to go to a full en banc panel for review, one that, unfortunately, will also include Judge Randolph — although it will absolutely not include the blessing of the majority of the Supreme Court who decided Boumediene in the prisoners’ favor all those long years ago.

The prisoners deserve justice, but that is still not something they are being given, after those few years from 2008 to 2010 when the law actually applied at Guantánamo. Since then, it has been broken again, smashed unconstitutionally by politically motivated judges, and, sadly, it is still not clear if it can be mended.

I wrote the above article for the “Close Guantánamo” website, which I established in January 2012, on the 10th anniversary of the opening of Guantánamo, with the US attorney Tom Wilner. Please join us — just an email address is required to be counted amongst those opposed to the ongoing existence of Guantánamo, and to receive updates of our activities by email.