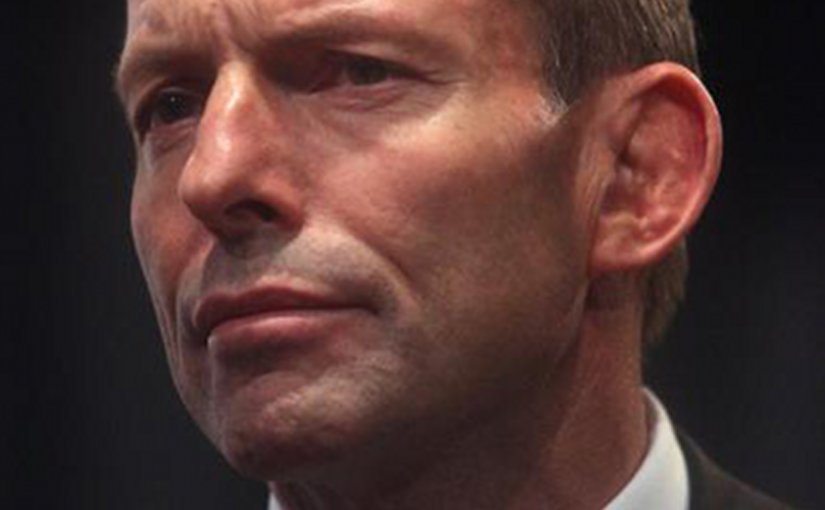 The question was put by interviewer Kay Burley on Britain’s Sky News network to UK Health Secretary Matt Hancock.  “Is Tony Abbott the right kind of person to represent us – even if he’s a homophobic misogynist?”  Hancock, while preferring to focus on the former Australia Prime Minister’s expertise in trade, also performed something of a distancing act.  “I think the best thing to say is that I am totally focused on the coronavirus crisis and the future of the NHS and social care.”

Abbott is a man of certain talents, but it is doubtful whether trade is one of them. He is certainly a person of certain tendencies, sharpened by a long and bruising political career.  There are few hornet’s nests he has not kicked, few waters he has not muddied in the name of conviction and madness.  For years he was the acceptable face of Australian reactionary politics, entrusted with the task in the Liberal Party of suppressing the moderates and tory “wets”.  His time as prime minister was short lived; his role as political saboteur, lengthy.

The prospect of becoming Britain’s chief trade envoy as part of the Board of Trade has gone down in a good number of circles like a lead balloon.  The disturbance has been such as to prompt some caution from a spokesman for Prime Minister Boris Johnson. “No decisions on the Board of Trade have been made.”

Labour leader, Sir Keir Starmer, has led the pack hoping to change Johnson’s mind.  “I have real concerns about Tony Abbott and don’t think he’s the right person for the job.”  Labour MP Marie Rimmer wondered if there were “trade experts who aren’t homophobic and misogynists”.

The UK’s Shadow Trade Secretary Emily Thornberry was beside herself at the prospect of Abbott becoming the UK trade supremo.  “I find this appointment absolutely staggering,” being “disgusted” by it on a “personal level”.  Johnson had essentially given his blessing to an “offensive, leering, cantankerous, climate change-denying, Trump-worshipping misogynist”.  Were it not “so downright humiliating, it would be almost hilarious.”

Even certain members of the Conservative Party also found it hard to stomach.  Conservative MP Caroline Nokes, Chair of the Women and Equalities Committee, was dismayed by what she considered the sheer awfulness of the idea. “He is a misogynist, he has very poor views on LGBTQ rights”.  Such a man should never “be anywhere near our Board of Trade”.

Some of the criticism of Johnson has missed the mark.  Brexit Britain and Abbott share a common fibre.   Much of the movement to leave the European Union could be put down to the politics of sentimental, and sometimes vicious reaction.  Telling Johnny Foreigner to sod off shares a certain stinging quality with ‘turn back the boats’, the slogan Abbott used so successfully to win government and implement as part of Operation Sovereign Borders.  Any political party wishing to win office in Australia must now contend with that seemingly immoveable legacy.

Abbott’s antipathy to the EU, albeit one that has changed over time (he had been a gruff Remainer), strikes all the right Brexit high notes.  The bureaucrats in Brussels, Strasbourg and Luxembourg are the faceless terrors of sovereignty; the Brexiteers, the audacious reclaimers of it.  “The revolt of the British electorate against Brussels’s encroachment shows, yet again,” he wrote with praise in January, “that there’s nothing inevitable in the course of history.”  Britain’s departure from Europe was no less significant than the fall of the Soviet Union, the end, he suggested, of supranational bodies that stifle and choke in the name of centralising objectives.

Abbott is optimistic for Britain, almost to be the point of being gaga.  “As a former prime minister of a country that has a perfectly satisfactory ‘no deal’ relationship with the EU,” he wrote in the Spectator Australia in March last year, “let me assure you: no deal would be no problem.”

Whatever Britons’ views of Brexit and the EU, many would part ways with Abbott on his more colourful takes on life.  He is a dedicated climate change sceptic, remarking in October 2017 that environmental policies seeking to address climate change resembled the practices of “primitive people once killing goats to appease the volcano gods”.  His views of women are stubbornly unreconstructed, having an old kitchen and home flavour to them.  When asked by Labour MP Claudia Webbe of the Commons foreign affairs committee about previous remarks (made in 1998) that men’s physiology and temperament was better adapted than women to exercising authority and issuing commands, he feigned ignorance.  It “doesn’t sound like anything I’ve said.”

He also goes weak at the knees for such strongmen as Hungary’s Viktor Orbán, a person he regards as identifying the correct crisis to confront: not threats posed by climate change (a bit of warming never hurt anyone) but the “extinction” crisis brought about by “our failure to produce more children”.  Get thee to bed, Christian Europe, and multiply.

Johnson, as he tends to when controversy comes over to bang on his door, is hoping interest will wane as the flames die.  But Abbott is incapable of lying low.  Extra fuel is always ready for the fire.  Even amidst the criticism of his suitability, he could not resist flourishing his Social Darwinian streak in a speech to the Policy Exchange, a conservative think tank he enjoys addressing.  He accused governments, with the exception of Sweden, of approaching the coronavirus “like trauma doctors; instead of thinking like health economists, trained to pose the uncomfortable questions about a level of deaths we might have to live with.”

On his calculations, Australian lockdown efforts to prevent what were predicted to be 150,000 deaths were rash and insensibly generous.  “If the average age of those who would have died is 80, even with roughly 10 years of expected life left, that’s still $200,000 per quality life year – or substantially beyond what governments are usually prepared to pay for life-saving drugs.”

The international trade secretary, Liz Truss, has adopted guerrilla tactics in the House of Commons, beating off questions on Abbott’s suitability by attacking Labour for “absolute hypocrisy”.  That party, she suggested, was hardly pure on the issue of misogyny, preferring to “virtue signal and indulge in tokenism rather than take real action to improve the lives of women”.

When asked about whether Abbott’s appointment might signal an embrace of climate change scepticism in future trade deals, Truss stormily accused the left for being “intolerant of anyone who doesn’t agree with them, but are prepared to defend anything from their own friends.”  Abbott would approve.