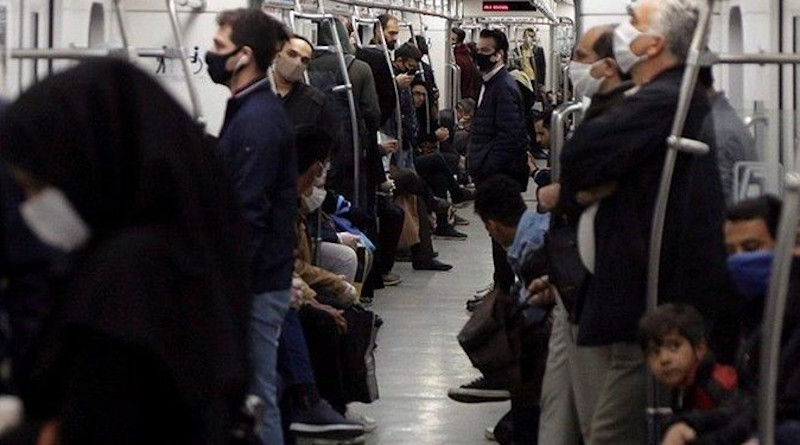 The US reinstated sanctions against Iran in November 2018, after withdrawing from the Iran nuclear deal. The imposition of new sanctions under the Trump administration’s “maximum pressure” campaign has left the Iranian economy reeling. They have also had a negative impact on the Iranian healthcare system during the pandemic. This commentary aims to bring out some of the effects that sanctions have had on Iran’s ability to deal with COVID-19.

Iran has seen a rapid rise in infections, and the number of daily recorded deaths is at an all-time high. This recent jump is the result of a second wave of infections that began after the lockdown, imposed in April, was eased. Due to these reasons, Iran continues to grapple with the highest mortality rate in West Asia. Iran’s request to the International Monetary Fund (IMF) for US$ 5 billion in emergency funding highlights the situation it currently faces.

Of course, sanctions are not solely to blame. Experts have highlighted Iranian mismanagement in the early days of the virus’ spread. A combination of religious and political forces prevented the government from imposing a quarantine in Qom, the epicentre of the outbreak. This initial failure allowed the virus to spread throughout the country. The World Health Organisation (WHO) says that Iran’s coronavirus death toll is five times higher than what is reported because of testing being restricted to only severe cases.

However, the pandemic has been especially unforgiving owing to the economic impact of sanctions. In its report in October 2019, Human Rights Watch (HRW) found that “current economic sanctions, despite humanitarian exemptions, are causing unnecessary suffering to Iranian citizens afflicted with a range of diseases and medical conditions.”

The depreciation of the Iranian Rial severely hampered the government’s ability to provide adequate healthcare once the virus began spreading. The prohibition on the purchase of US Dollars—the global reserve currency—has made it impossible for Iran to buy essential equipment from abroad and receive financial aid from other countries and organisations. It has left the country’s economy in recession. UN Secretary General Antonio Guterres called for a waiving of sanctions in cognisance of the public health crisis. Michelle Bachelet, the UN High Commissioner for Human Rights, has made a similar appeal.

Some  argue that the appeal for sanctions relief panders to the Iranian regime’s brutalities. The US claims that Iran’s campaign to obtain relief is “to raise funds for its terror operations.” Although there is little evidence that sanctions have actually hindered (if not advanced) Iran’s core strategic objectives, there are those who believe that the current circumstances are opportune for disrupting Iran’s nuclear programme and regional terror networks by doubling-down on sanctions.

The Trump administration maintains that the sanctions allow exemptions for humanitarian goods. Unfortunately, this is truer on paper than in practice. Yes, US sanctions do not apply to transactions in food supplies, agricultural commodities, and medical goods, which include over-the-counter prescriptions and medical equipment. However, certain vaccines, sterilisation machines, respirators, and other devices that are crucial to fighting the virus are not permitted for export to Iran without a special license issued by the Office of Foreign Assets Control (OFAC). Washington, on their part, has offered assistance to Iran in their COVID-19 response efforts. Unfortunately, this has been rejected by them on the grounds of a conspiracy theory that the virus could have been created by the US.

The European Union’s (EU) INSTEX (Instrument in Support of Trade Exchanges) serves as a channel to bypass US sanctions. Iran is able to receive aid from countries like Germany, France, and Britain via INSTEX, without relying on direct financial transactions. INSTEX aims to incentivise Iran to uphold its commitments to the Joint Comprehensive Plan of Action (JCPOA), which the country has gradually been moving away from in response to the US withdrawal. In line with its continued efforts to preserve the JCPOA, the E3 successfully concluded the first transaction of medical goods from Europe to Iran on 31 March 2020.

Iran’s Gulf neighbours, particularly the UAE—which incidentally supported the US withdrawal—has also facilitated large financial packages to Iran. However, a few medical exemptions are not enough. Iran requires a range of resources to effectively address the outbreak.

While Iran’s own mismanagement has certainly played a hand in aggravating the impact of the pandemic, it does not compare to the repercussions of four decades of sanctions. Unfortunately for the US, beyond causing distress to the Iranian public, Trump’s “maximum pressure” strategy is unlikely to yield the intended results.

The article COVID-19 In Iran: The Impact Of Sanctions – Analysis appeared first on Eurasia Review.