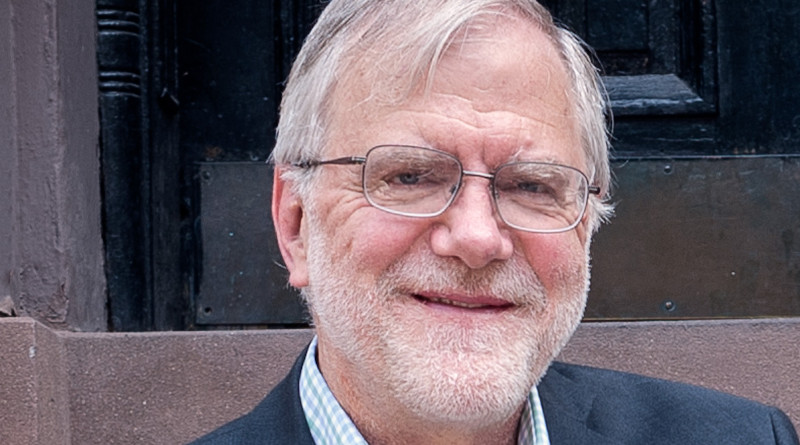 Workers in 2020 have a unique opportunity to vote to put two fellow workers in the White House. Howie is a recently retired Teamster and Angela is a dump truck driver. We know the economic realities that working people face in the United States. This Labor Day we call for a better class of people in the White House than the corporate crooks and flunkies that have been occupying it.

The COVID pandemic and economic collapse have highlighted the race and class inequalities in our society. With more than 35 million jobs lost, millions have lost their employer-connected health insurance in the middle of a pandemic. COVID-19 deaths are disproportionately afflicting working-class people, particularly Black, Latinx, and Indigenous people. The case for universal healthcare through a publicly-funded Medicare for All has never been stronger.

As income disappears, the rent — already too high — has become impossible for many to pay. The threat of eviction is with many of us every month. Even if eviction has been stopped by a temporary moratorium for some of us, we see our rent piling up each month so that we will be evicted anyway when the moratorium ends. We need a federal emergency housing relief program that helps people make their rent and mortgage payments during the emergency. To fix the fundamentals of the housing crisis requires a major investment in public housing, this time not just as segregated housing for the poor but as high-quality mixed-income developments that include middle-income workers and professionals.

Congress and the president are responding to the economic collapse so poorly that the nation is falling into a depression. A poll this week reported that 50% unemployed workers, 8.3 million people, were unable to cover their basic expenses in August.

Trump and Biden rely on private enterprise alone to pull us out of this economic hole. Their public economic recovery spending proposals feature corporate welfare grants, loans, and tax breaks that will supposedly trickle-down to working people as new jobs. But with working-class consumer demand depressed, it is too risky for corporations to make job-creating productive investments. Instead, they will again invest their stimulus money in stocks, bonds, and derivatives, just rearranging and further concentrating who owns the productive assets we have rather than creating new ones.

Our alternative is large-scale public investment in new public enterprises and services to benefit the working-class majority. Our ecosocialist Green New Deal will create 30 million jobs in manufacturing, construction, transportation, energy, and agriculture to rebuild our production systems for zero-to-negative carbon emissions and 100% clean energy by 2030. It provides for a Just Transition of up to five years wage and benefits maintenance for workers displaced by this economic transition, but few will need it for very long with all the new jobs that will be created.

We create 8 million more jobs with an Economic Bill of Rights to a living-wage job, a guaranteed income above poverty, affordable housing, universal health care, lifelong tuition-free public education, and a secure retirement for every senior by doubling Social Security benefits.

The two corporate parties, who represent their Wall Street and big business donors, continue to undermine the rights of workers and let employers get away with breaking labor, health, and safety laws. It is time to repeal repressive labor laws, starting with the Taft-Hartley law that restricts labor’s ability to organize, act in solidarity, and engage in political activity. We need to enact new laws that enable union organization, including card check union recognition and the repeal of anti-union “right-to-work” laws.

We call for a Workers Bill of Rights, including workers rights to unions, to living wages, to portable defined-benefit pensions, to information about chemicals used at work, to refuse unsafe work, and to participate in enterprise governance. In order to increase economic security and strengthen workers’ power, we must replace employment-at-will laws, which let employers discharge workers for any reason or no reason, with just cause termination laws, where workers can only be fired for nonperformance or economic reasons. We must extend constitutional rights into the workplace, including free speech, association, and assembly, and freedom from warrantless employer surveillance, search, and seizure.

Even before the pandemic health and economic crisis hit, three super-rich Americans owned more wealth than the bottom 50% of the population, who earn a poverty-level median income of $18,000 a year.

Now, mounting COVID-19 deaths, economic depression, accelerating economic inequality, and climate collapse are all reasons to restructure our economy into a socialist economic democracy where the working-class majority is empowered to protect its interests and receive the full value of its labor. The first step is the ecosocialist Green New Deal for economic recovery as well as climate recovery.

*Howie Hawkins and Angela Walker are the candidates for president and vice-president of the Green Party of the United States and the Socialist Party USA.