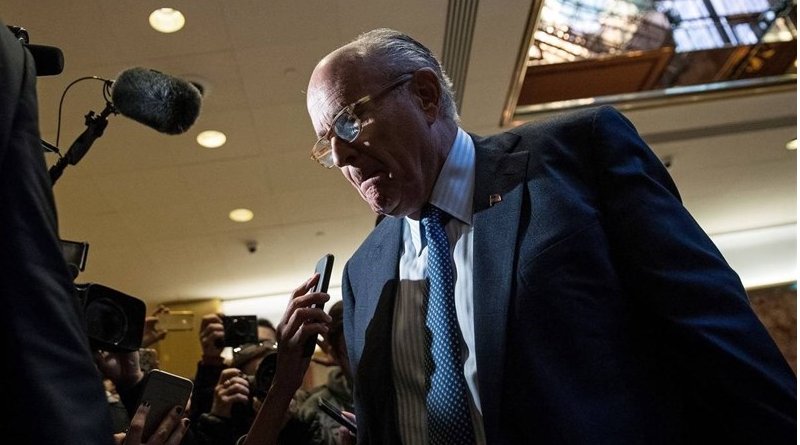 Fox News is facing a rise of the machines, voting machines that is, as election software firm Smartmatic is suing the network, three of its anchors and lawyers Rudy Giuliani and Sidney Powell for allegedly false claims of fraud.

The defamation lawsuit, which was filed on Thursday in New York state court in Manhattan, seeks $2.7 billion in damages. In addition to Fox and the two lawyers, Smartmatic names Fox hosts Lou Dobbs, Jeanine Pirro and Maria Bartiromo as defendants, saying they falsely claimed that the company’s technology was used to help ‘steal’ the November 3 election from former President Donald Trump.

Florida-based Smartmatic said the defendants knew the election wasn’t rigged, “but they also saw an opportunity to capitalize on President Trump’s popularity by inventing a story. Defendants decided to tell people that the election was stolen from President Trump and Vice President (Mike) Pence.” The company added that “without any true villain, defendants invented one. Defendants decided to make Smartmatic the villain in their story.”

Moreover, Smartmatic said its software was used in just one jurisdiction in the November 3 election – Los Angeles County. Democrat Joe Biden won California by more than 5 million votes. Trump made allegations of election fraud in decisive swing states where Biden had narrow margins of victory, such as Georgia, Pennsylvania and Michigan.

Smartmatic said it’s suffering a devastating impact from the fraud claims, including death threats and potential contract losses that could cost the company an estimated $690 million in profits over the next five years. Smartmatic CEO Antonio Mugica, a Venezuela native, told the Associated Press that the fraud allegations created “an existential crisis” for the firm.

Fox called the lawsuit “meritless” and said it will defend itself in court. The network “is committed to providing the full context of every story with in-depth reporting and clear opinion,” Fox added. Powell reportedly called the case “abusive lawfare,” while Giuliani said it “presents another golden opportunity for discovery.” Just as in Dominion’s case, filing suit gives the parties the ability to access documents and other evidence that they might not otherwise be able to get.

Threats of lawsuits from Dominion and Smartmatic had a chilling effective on Fox and other conservative news outlets. Fox and other networks aired fact-check segments or disclaimers saying they hadn’t verified allegations of massive election fraud. When Trump ally Mike Lindell of MyPillow began to reiterate fraud claims in a live Newsmax TV interview on Tuesday, anchor Bob Sellers read a statement saying the network accepted the election results as “legal and final.” After failing in several attempts to force Lindell off the subject of election fraud, Sellers walked off the set.

In the wake of Biden’s election victory, CNN has called for Fox, its biggest competitor, to be forced off the air, and the latest lawsuit stoked fresh left-wing hopes that the network will be destroyed.