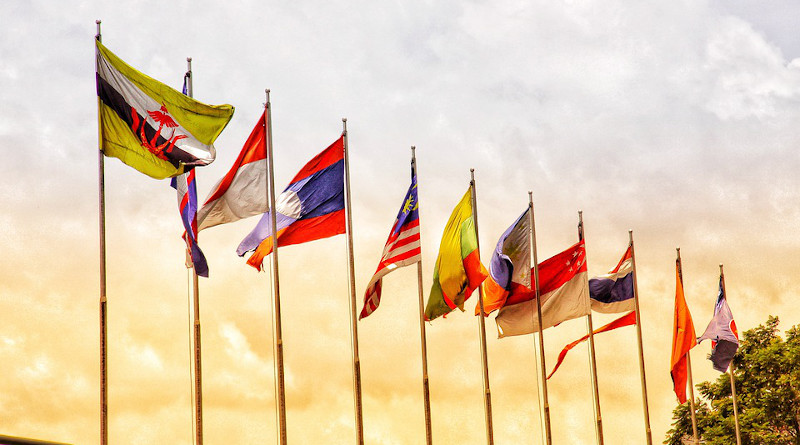 With the Myanmar military (the Tatmadaw) once again on the streets, and NLD leaders once again under arrest, the country’s decade-long experiment with democracy appears to be over. Myanmar and its Southeast Asian neighbours are no strangers to coups, but these events reveal not only the weakness of ASEAN’s commitments to human rights and democracy, but their fundamental failure. This failure is neither accidental nor unforeseen — it has been hard-wired into the regional body.

Military coups, whether in Myanmar or elsewhere in Southeast Asia, are not delegitimated by ASEAN. Of course, ASEAN has a charter that calls for the strengthening of democracy, good governance and rule of law. It even has the ASEAN Human Rights Declaration that includes, in Article 25, rights to participate in governments through democratically elected representatives and to participate in ‘periodic and genuine’ elections.

These commitments are not meaningless, but one crucial way in which they work is as a shield, a facade behind which dwell ASEAN’s deeper commitments — and its worse demons. Deep from ASEAN’s past, all the way through to today, we see commitments to non-intervention, sovereignty and state resilience, all built upon assumptions about authoritarian power and its defence.

The ASEAN Charter, before it gets to the commitments about rights and democracy, speaks of mutual respect and freedoms of member states, non-interference and freedom from external interference, subversion and coercion. The Human Rights Declaration includes commitments to ‘regional and national contexts’ and subordinates its clauses to the overarching goals and principles of ASEAN — the ones about freedom from interference, for example.

The coup in Myanmar, in its blatant and self-serving violation of democracy, good governance, constitutional process and rule of law, exposes the void at the core of ASEAN’s rhetoric on democracy. Democracy is not necessary to membership of ASEAN, and so democratic backsliding does not call into question the legitimacy of a member.

As such it is no surprise that ASEAN’s response to the unconstitutional seizing of power by the Tatmadaw has been crushingly bland. The statement released by Brunei as 2021 ASEAN Chair ‘notes’ ASEAN’s many commitments to democracy, rule of law, good governance, human rights and fundamental freedoms. It calls for ‘dialogue, reconciliation and the return to normalcy’. It does not condemn the coup, note the violation of ASEAN agreements nor call for the release of the NLD leaders.

Compare this statement with the ones ASEAN released before and after the abortive, and violently repressed, 2007 Saffron Revolution in Myanmar. Then, with the eyes of the world on ASEAN and clear evidence not only of democratic backsliding but killing on the street, ASEAN called for the release of NLD leaders and a transition to democracy. Widespread violence, not democratic backsliding, seems to be ASEAN’s bottom-line. In the absence of widespread violence ASEAN will not be coming to a stronger position than it already has.

There will be no groundswell of ASEAN member state opinion to ‘do more’. ASEAN is tied by both the diversity of opinion of its members — some of whom will be completely fine with reverses in democracy — and the smothering blanket of norms of conduct that work against robust public comment on each other’s supposed internal affairs.

The Philippines has referred to the coup as an ‘internal matter’ that was not to be ‘interfered with’, a telling repetition of ASEAN’s mantra. Cambodia and Thailand have joined in referring to the coup as an internal matter, while Vietnam through a Foreign Ministry spokesperson has called for the situation to be stabilised. Malaysia has called for discussion to ‘avoid adverse consequences’ of the coup. Indonesia has been strongest, specifically noting the ASEAN Charter should be upheld and prioritising legal mechanisms to resolve the problem rather than simply a ‘dialogue’ between parties. There is no consensus here to serve as a foundation on which to build a stronger defence of democracy.

The coup may not be illegitimate for ASEAN, but it is going to do serious damage to ASEAN’s legitimacy. ASEAN may benefit from ‘easy speak’ about rights and democracy, shiny but ultimately weak commitments it can point to as marking progress, integration and success. But it has also created a trap for itself which it is about to fall into.

The trap is simple. These words may be cheap, but they are not without consequence. Across the region, and the world, people see ASEAN simultaneously laud its own commitments to rights, democracy and good governance and then do nothing when hard-won progress in these areas is reversed. Civil society, those individuals who work in and around the ASEAN human rights system with a fierce commitment to progress, and states in and beyond the region, are all seeing ASEAN appearing to fail to defend its values and live up to its vision of a stable, prosperous and democratic region.

ASEAN’s commitment to caring communities and to being people-centred was designed primarily to shield the organisation from criticism, not to be effective. To simulate the values they seemingly espouse, they are a mirage set amid broader commitments that neuter effectiveness.

The system is, in a very real sense, unreal — it is untethered from the political realities of the organisation that created it. When this system is put to the test, as it now is with Myanmar, it will fail in the eyes of everyone except those who knew the commitments to be intentionally ineffective.

Often, we as observers and analysts of ASEAN are too quick to prognosticate on its progress and successes. Today, on the streets of Myanmar, people are coping with its inevitable and designed failures and shortcomings.

*About the author: Mathew Davies is a Fellow in the Department of International Relations and Director of Education at the Coral Bell School of Asia Pacific Affairs, College of Asia and the Pacific, the Australian National University.