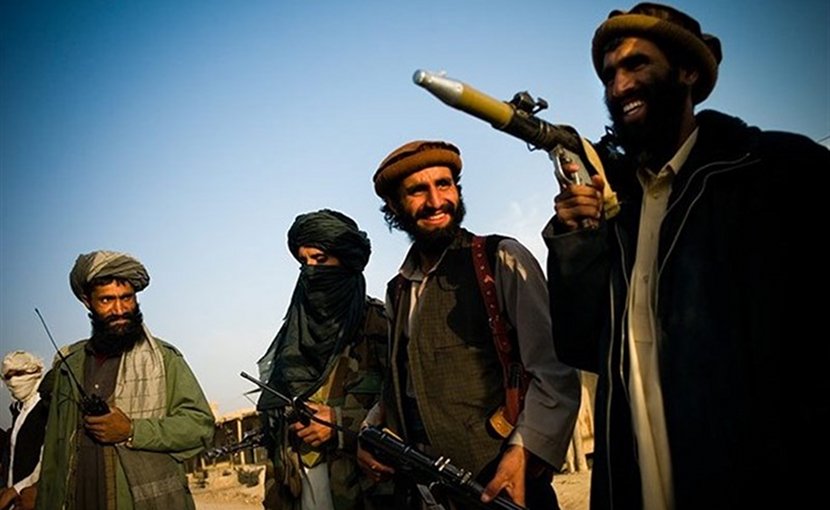 How have the Taliban, a known hardline Islamist group, come to be a significant world power, negotiating with the United States over the head of the Afghan government?  One reason is that over half of Afghanistan is under their direct control.

Following the terrorist attacks on the World Trade Centre and the Pentagon on September 11, 2001, it did not take Washington long to establish that responsibility for the onslaught lay with the al-Qaeda movement.  US intelligence was soon convinced that its master-mind, Osama bin Laden, was being sheltered by the extremist Islamist group, the Taliban, which at that time controlled most of Afghanistan. As a result, within a few weeks a US-led coalition invaded.

Who are the Taliban?

The group emerged following a 10-year occupation of the country by the Soviet Union.  The USSR had invaded in 1979 in an attempt to keep Afghanistan within its sphere of influence, but a decade of guerilla warfare conducted by Sunni extremists eventually led to Soviet troops withdrawing in February 1989.

A year or so later a new hardline Sunni Islamist group calling themselves Taliban (“students” in the Pashto language), began to emerge.  They swiftly became a formidable military machine, advancing inexorably across the country. Towards the end of 1996 they captured the Afghan capital, Kabul, overthrowing the regime of President Burhanuddin Rabbani.

Initial support from some of the population quicky faded as the Taliban imposed hardline Islamist practices, such as amputations for those found guilty of theft, and public executions of adulterers. Men were required to grow beards, and women had to wear the all-covering burka. Television, music and cinema were banned, and girls aged 10 and over were forbidden to attend school.  Meanwhile, they continued to wage their two-handed war – against the Afghan government on the one hand, and against the US presence in the country on the other.

From the moment US President Donald Trump took office in 2017, he pledged to put an end to the conflict and bring the American forces back home.  It took two years of secret back-channel negotiations before peace talks began on February 25, 2019. Abdul Ghani Barada, the co-founder of the Taliban, was at the table.

The talks, which took place in Qatar, appeared successful.  Agreement was quickly reached on a draft peace deal involving the withdrawal of US and international troops from Afghanistan, matched by an undertaking by the Taliban to prohibit other jihadist groups operating within the country.  This extraordinary arrangement between the world’s leading power and a hardline extremist Islamist movement, was headed: “Agreement for Bringing Peace to Afghanistan between the Islamic Emirate of Afghanistan which is not recognized by the United States as a state and is known as the Taliban and the United States of America.”

This Doha deal was greeted with optimism by President Trump. “I really believe the Taliban wants to do something to show we’re not all wasting time,” he said.

However the agreement was far from watertight, and months of wrangling followed.  In particular disputed presidential elections in Afghanistan left two claimants for the presidency. A visit by US Secretary of State Mike Pompeo in March 2020 failed to resolve the dispute.  On his way home Pompeo stopped off in Qatar to meet Taliban negotiators, later declaring that he was confident the Taliban were keeping their side of the deal.  A Taliban spokesman said that Pompeo had assured them that a withdrawal of American forces “will continue in accordance with the declared timetable.”

That, after all, had been Trump’s aim from the start – an ambition rendered ever more urgent as the US presidential election drew nearer.  With less than a week remaining of the Trump presidency, the US military met its goal of reducing the number of soldiers in Afghanistan to about 2,500.

Newly-elected President Joe Biden and his administration are none too happy with Trump’s deal.  In their first week in office they announced that the US intends to review the agreement, in order to check that the Taliban is “living up to its commitments to cut ties with terrorist groups, to reduce violence in Afghanistan, and to engage in meaningful negotiations with the Afghan government and other stakeholders.”

John Kirby, Pentagon chief spokesman, went further.  On January 29 he told reporters: “The Taliban are not meeting their commitments to reduce violence and reduce their ties to al-Qaeda.”

Washington’s reservations are based on a five-page memo issued on January 4 by the US Treasury asserting that al-Qaeda remains a potent force embedded within, and protected by, the Taliban.  It also said that senior figures of the Haqqani Network faction of the Taliban, known for its links to Pakistan and its high profile attacks, “have discussed forming a new joint unit of armed fighters in cooperation with and funded by al-Qaeda” to support the effort to overthrow the government of president Ashraf Ghani.

Trump’s administration hammered out the Doha deal with the Taliban by negotiating over the head of the Afghan government, while ensuring that the Taliban accepted the obligation to conduct “intra-Afghan” negotiations with it.  Biden’s team, on the other hand, are dealing with Ghani and his ministers.  Brand new US national security adviser, Jake Sullivan, told his Afghan counterpart in a phone call on January 22 that the new administration will “review” the Doha deal. Just installed secretary of state, Antony Blinken, said on January 27 that the administration wanted to take a detailed look to “understand exactly what is in the agreement” before deciding how to proceed.

These statements have raised hope in Ghani’s beleaguered government that Biden will rethink a deal which many in Kabul see as giving too much away to the Taliban.  Reshaping the deal, though, is almost certainly an aspiration too far.  The most Ghani can realistically hope for is a determination by the Biden administration to enforce the Taliban’s compliance.

The article Are The Taliban To Be Trusted? -OpEd appeared first on Eurasia Review.