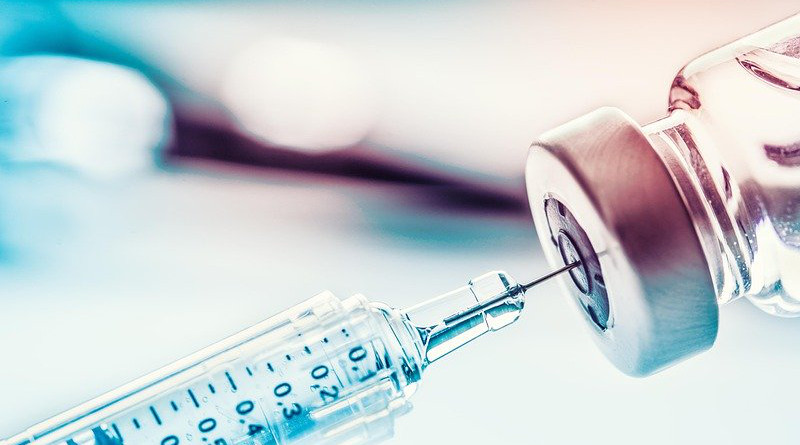 Will they ever learn?  When former US Presidents Barack Obama, George W. Bush and Bill Clinton announced that they would publicly take a vaccine against COVID-19, National Public Radio seemed impressed.  “Who better to promote a product than a former president?  How about three?”

On SiriusXM’s The Joe Madison Show, Obama held up his hand.  “I promise you that when it’s been made for people who are less at risk, I will be taking it.  I may end up taking it on TV or having it filmed, just so that people show that I trust this science.”  Clinton did the same, albeit through the medium of spokesman Angel Ureña, who stated on December 3 that he would do so “based on the priorities determined by public health officials.  He would also “do it in a public setting if it will help urge all Americans to do the same.”

Bush’s chief of staff, Freddy Ford, informed CNN that his boss had been in touch with the director of the National Institute of Allergy and Infectious Diseases Dr Anthony Fauci and Dr Deborah Birx, the White House coronavirus response coordinator, letting them “know that, when the time is right, he wants to do what he can to help encourage his fellow citizens to get vaccinated.”  The vaccines would first “need to be deemed safe and administered to the priority populations”.  Once done, Bush would “get in line for his, and will gladly do so on camera.”

Enlisting politicians and leaders into the role of product promotion, especially in the field of vaccines, is goggling in its daftness.  In the United States, the brand label of the presidential endorsement is hardly glorious.  Those with longer collective memory would remember the efforts of the Ford administration in 1976 to promote a mass vaccination programme against swine flu.  It was nothing short of a calamity: the flu pandemic never eventuated and the vaccine led to cases of Guillain-Barre syndrome.  In December 1976, President Gerald Ford’s vaccination programme was suspended, having reached only 20% of the population.  “The danger now,” concluded the New York Times, “is that he whole idea of preventive medicine may be discredited.”

Trust of citizens and their political representatives is already at drought stricken levels.  Now, politicians are hoping to convince citizens that being publicly vaccinated in an effort to return to “COVID normalcy” will somehow restore confidence long shattered.  The business of capitalism and trade can return.  Travel can resume.  Lockdowns, if they are applied, will be rarer than ever.

In due course, the vaccines in question might well work.  Credibility, however, is hardly going to return before the spectacle of former presidents keen to turn vaccine taking into a celluloid spectacle.  While margins of error in public health responses can, on some level, be understood, notably against an evolving contagion, the global mismanagement of the COVID-19 crisis amongst political leaders has left a profound and disturbing impression.

The speed with which such vaccines as Pfizer and Moderna have been developed, not least their astonishingly high levels of effectiveness (95%), have done little to provide reassurance.  Governments, notably those from countries facing another vicious surge of infections, are keeling over in desperation to get the vaccines into circulation.

The rapid approval by Britain’s Medicines and Healthcare products Regulatory Agency for the emergency use of the Pfizer vaccine brought the sceptics to the fore.  It was enough for Fauci to suggest that the MHRA had been too hasty, though he qualified his statements in a BBC interview so as not to imply any “sloppiness” on the part of his British colleagues.  “I meant that in the US, where there is a lot of scepticism over vaccines, it would not have been good to rush to approve the vaccine.”  Despite his collegial qualification, Fauci had made a telling point to CBS: the MHRA had simply taken the data provided by Pfizer at face value “and instead of scrutinising it really, really carefully, they said OK, let’s approve it”.

To this can be added the pull of vaccine opponents, who have become adept at colonising social media and muddying the waters of debate.  In a study analysing Facebook page content on vaccination discussions published in Nature this year, the authors were alarmed.  Lead author on the study and data scientist Neil Johnson, went so far as to express his shock.  124 pro-vaccine pages were found, all sporting a total of 6.9 million followers.  The anti-vaccine pages came to 317 and 4.2 million followers.  The undecided field was the largest: 885 pages with 74.1 million followers.  “Although smaller in overall size, anti-vaccination clusters manage to become highly entangled with undecided clusters in the main online network, whereas pro-vaccination clusters are more peripheral.”  The pro-vaccination discussants, for the most part, soothed themselves in an echo chamber of reassurance.

Anthropologist Heidi Larson, director of the Vaccine Confidence Project at the London School of Hygiene and Tropical Medicine, is adamant about the trends.  The anti-vaccination movement “was winning” and “covering a lot more ground with fewer of them.”

A suggestion – sensible enough – is that politicians ought to retreat from the show.  When they drop their oar in, notably on the issue of vaccination matters, support for taking vaccines can decline. This is especially so in the American context.  The results of a survey published in October in the Journal of the American Medical Association Network Open was revealing in how poorly political endorsements of vaccines can fare.  As the authors note of a sample of 2,000 participants, “The probability of choosing a vaccine was lowest when the vaccine was recommended by President Trump (the baseline category), although the probability was not significantly higher when the vaccine was recommended by former Vice President Biden”.

Sarah Kreps and Douglas L. Kriner suggest a simple formula for political representatives: “Keep mum, and let the scientists and public-health experts share the facts with the American people.”  Hard to disagree but for the fact that sharing accurate data in a transparent fashion can be compromised by public health agencies that are politicised.

While the full US presidential jab show risk doing a disservice to vaccine promotion, a sadistic streak can also be found in some populations.  In Britain, a Daily Mail poll (make of that what you will) in November found that 74% would take the COVID-19 vaccine.  Of those surveyed, four in ten were very selective about who should take it first to prove its safety: UK Prime Minister Boris Johnson and his cabinet colleagues.  Even taking vaccines can constitute a form of pornography.

The article Jab Me If You Can: How Political Endorsements Defeat Vaccinations – OpEd appeared first on Eurasia Review.