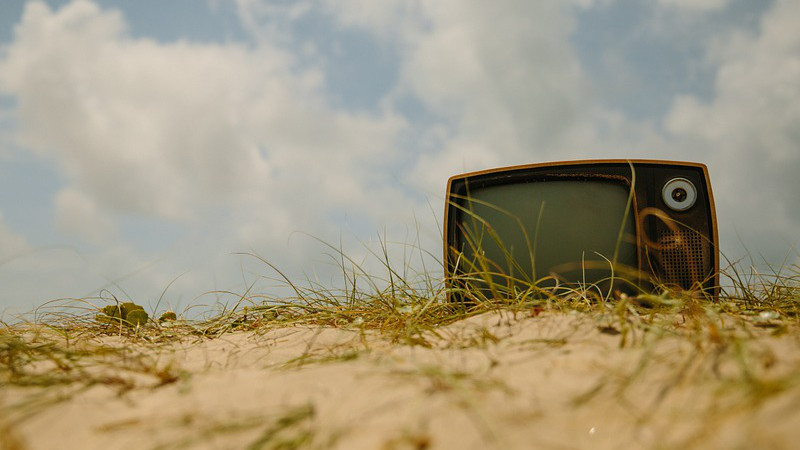 Decades back that was often the case too. Then, the letters of the channel MTV stood for music television. In those days long past the channel played music videos most of each day. Now, I want my MTV again, this time with the letters standing for maskless television.

It is bad enough to see people wearing dehumanizing masks covering their faces from the nose down because they are bowing to social and government pressure, they want to demonstrate their membership in the “wear your mask” clique, or they wrongly believe dual dubious conclusions that “the science” demonstrates wearing masks slows the spread of coronavirus and that slowing the coronavirus spread itself is a very, very important objective. (One thing that is clear from science is that mask wearing can cause physical and mental harm.)

I watch TV largely for escape and entertainment. And, like many people, I have two related tendencies regarding masks on TV: I want escape from seeing people wearing masks, and I find mask wearers unentertaining.

But, turn on the television and people wearing masks are likely to be on the screen.

Checking out the beginning on the Macy’s Thanksgiving Day Parade on Thursday, I saw TV show host Jimmy Fallon singing “Dancing in the Street.” He was maskless. But the backup dancers with him had masks on. These masked dancers were even carrying huge signs showing how far people needed to stand apart for “social distancing” — clumsy propaganda props promoting another follow the pseudoscience dictate.

I do not want to see that.

David Bowie and Mick Jagger presented a mask-free and glorious rendition of the song years back. I took some time to watch that instead of continuing with the Macy’s masked madness.

Checking back on the parade a while later, I saw a float with an isolated, maskless woman singing. Following behind her were three more floats, each one made up entirely of one of three giant toy animals with an isolated person riding each respective animal. All those people were masked.

Next up, another regular Thanksgiving treat — the National Dog Show that airs right after the parade. The dog handlers and judge were all wearing masks. (At least the dogs were not.)

Alright, there are surely better ways to spend the holiday morning than watching this. Click.

Other shows I watched periodically before the mask madness struck are out the window as well. No more sports with the mask wearing players, coaches, referees, and spectators (if spectators are even allowed, oh boy). No more Saturday Night Live with its masked band members and skit extras.

No more America’s Got Talent. It just is not funny to watch a comedian standing in his garage trying to make “socially distant,” mask wearing people in the driveway laugh. Well, it might be funny if he were ridiculing masks and “social distancing.” But, what are the chances of seeing that on TV?

I keep the news, with its frequent footage of mask wearing people, turned off as much as possible. With the work I do concerning current events, I do watch some news segments, but I certainly will not park myself in front of a TV to view whatever flow of stories featuring mask wearing people is presented.

There must be many other individuals who greatly dislike seeing people wearing masks on television as well. Indeed, some changes in advertising indicate there is much dislike for seeing masked people on television.

Months back, when mask wearing first became mandated in parts of America and the propaganda was starting to flow strongly from media, politicians, and businesses to “wear your mask,” commercial after commercial featured people wearing masks. That lasted a while but receded much months back.

Advertisers continually think about and test their advertising methods in an effort to ensure those methods are effective at reaching people in a way that is helpful for product sales. Their thinking and testing must have shown that relentlessly showing people wearing masks is, at least in many circumstances, counterproductive for keeping and gaining customers. Causing potential customers to cringe and despair is not typically the approach of successful advertising.

Also, expect television dramas and comedies, now back in production, to steer clear of or minimize the showing of mask wearers. Not taking this course, I expect, would be bad for ratings. Who will seek out watching shows where the actors’ ability to express emotion is sabotaged by their faces being obscured from the nose down? Few people probably will, a niche audience incapable of making very many television shows profitable.

If I must have masked entertainment, I’ll choose to watch a masked hero like Zorro.

Zorro wears a mask that provides disguise while fighting bad guys. Importantly, Zorro’s mask is just around the eyes, like masks of fellow heroes of bygone TV — the Lone Ranger and Batman and Robin. This type of mask creates relatively little restriction on facial expression.

For people today, their masks are signs of fear, ignorance, and subjugation. In contrast, Zorro, wearing his mask, is courageous, skillful, and rebellious. Promoting the story of the fun, uplifting movie The Mask of Zorro, the narrator states in the trailer, “in a land where freedom is a memory and justice is outlawed, the just must become outlaws.” And — spoiler alert — the outlaws win. Now that’s entertainment.

Day to day, one basic desire in my TV viewing is that masked people are absent or kept to an absolute minimum. Now, more than ever, I want my MTV — maskless television.