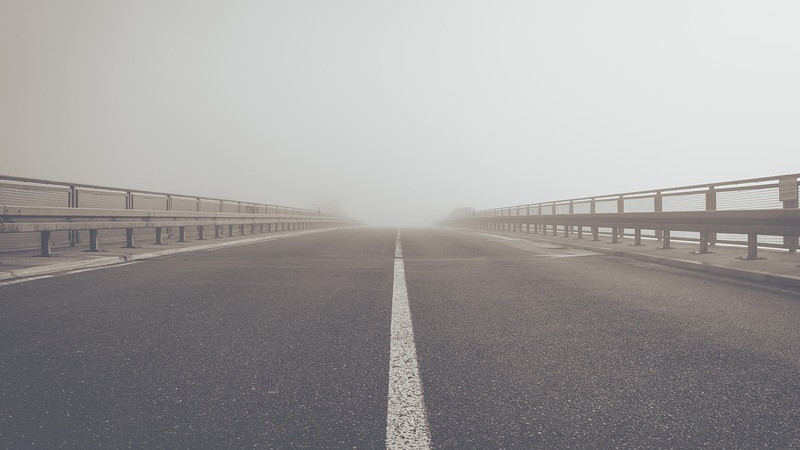 For more than a decade, infrastructure has been beginning to decay. Part of that infrastructure — transport — is important for logistics. Water and associated reservoirs are also impacted; especially the dams that regulate water flow. Large wildfires from Russia to California and Australia also cut across the globe, while flash flooding due to shifting rain patterns and the obvious melting of the polar ice caps are other obvious signs of what is happening. But how does climate change exasperate the current decline?

The impact on climate change of transport focuses on road and air travel as contributors, making up 23 percent of global carbon dioxide emissions. Transport is vulnerable to the flooding of roads and bus and rail terminals.

One researcher found that New Jersey Transit lost $120 million in damage to rolling stock after Hurricane Sandy in 2012. Many transport facilities around the world are also underground. Tunnels for rail and road require more urgent repairs. Coastal transport is vulnerable too, including airports at low elevations being at risk from rising sea-levels. Extreme heat can cause road buckling, while freeze-thaw cycles over time cause roads and pavements to crack, creating more potholes. Transport moving through this infrastructure gets damaged and the consequences snowball from there.

Research shows that climate change can impact water-carrying infrastructure in four key ways: Through both increased and decreased precipitation, higher sea levels, and higher temperatures. Increased precipitation can lead to infrastructure damage and soil run-off, while decreased precipitation can lead to water pollution due to a drop in water flows. From there, higher air and water temperatures lead to more rapid evaporation and asset corrosion. Consequently, sea-level rise affects both the availability and quality of water supply due to saltwater intrusion into groundwater aquifers and distribution networks.

It seems that what we are seeing is a snowball effect, with multiple impact points in climatic cycles. A dramatic drop in rainfall also creates greater demand for desalination, which is costly. It can also increase the cost of infrastructure, with higher maintenance and repair costs for water treatment systems.

Bridges are a big worry because of aging without necessary repairs. Earthquake-proofing projects help, but climate change continues to do its overall damage. Bridge infrastructure must be strengthened to prepare for increasing climate change-induced stressors. Research shows that roads bind communities together and bridges are a vital link in the road infrastructure. An interesting fact is that bridges, which start to deteriorate as soon as they are opened to traffic, are generally designed for a service life of more than 100 years. Evidence has shown that, with proper maintenance, most existing bridges are performing well and their safety is not compromised.

However, given repeated budget cuts over the years in countries with such infrastructure, their lifespan declines. Climate change has multidimensional adverse impacts on the safety, performance and longevity of bridges and, in extreme cases, could even result in the loss of some bridges due to extreme temperatures, higher flood levels and velocities, or bushfires. What is advocated is that new bridges be designed and built to mitigate the effects of climate change by following new codes. Clearly, there is a challenge to develop new techniques for assessing existing bridges for the effects of climate change and to come up with cost-effective methods to increase their performance and sustainability.

Earth movement is another area that is affected by climate change and has an impact on infrastructure. Mountains and hilly areas are becoming more prone to landslides. These events are typically triggered by either intense rainfall or human activity. Climate change is altering the patterns of both of these. Landslide hazards are steadily rising and chunks of land, including mature trees, floating down rivers and striking bridges or clogging waterways adds to the cost.

Remedies are necessary for the above damage by natural forces. Although the risks to infrastructure and urban systems from climate change are significant — especially if climate change is substantial rather than moderate — risk-management strategies offer impressive prospects for reducing those risks and thereby the likelihood of disruptive impacts in the future. Initiatives to promote integrated “green infrastructure” strategies can promote synergies between climate change adaptation and mitigation.

Green infrastructures can often be pursued through partnerships between the public sector, the private sector, and communities, reducing costs through burden-sharing and community awareness. Urban versus rural divides accelerate when infrastructure is broken down due to climate change. Communities that avoid building new infrastructure for rural developments can use their limited funding to instead keep existing infrastructure in a state of good repair until better economic opportunities prevail.

Fallout from the economic crisis related to the coronavirus pandemic, however, could make it difficult to address the impact of climate change on infrastructure in the short term. As budgets at all levels of government are cut around the world, many municipalities will be in crisis mode and infrastructure repairs will not be a high priority. Reviewing and revising zoning codes and redrawing land-use maps will help to preserve infrastructure, but sticking-plaster solutions cannot last forever.