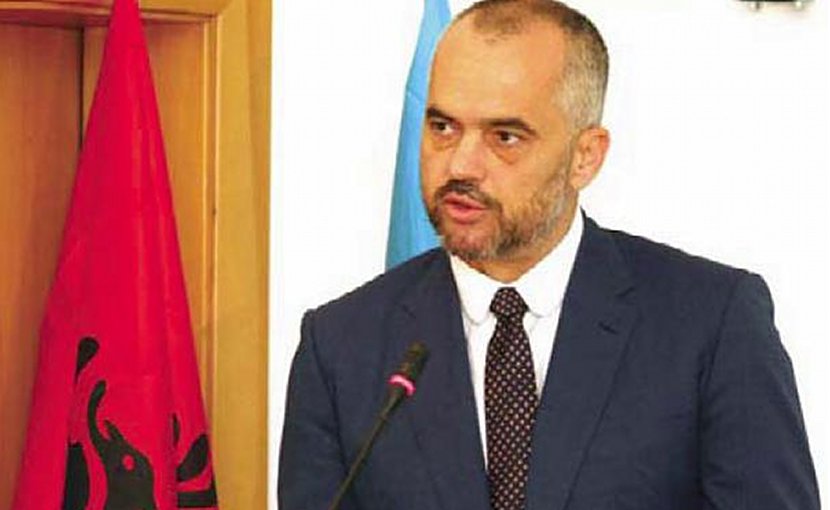 The second term in office of Prime Minister Edi Rama is full of failed experiments in the political, economic, social, educational, health, cultural sectors. But the most failed enterprise can be considered the one in the field of diplomacy.

Eager to take control over every sector and to dominate every sphere of public agenda, with an obvious self-satisfaction at the levels of Mount Everest, Edi Rama, in his second term has committed many failed experiments with Albanian diplomacy.

Notably, Rama decided to become Minister for Europe and Foreign Affairs himself. The experiment began with the simultaneous appointment of Gent Cakaj (Cica) as acting minister, who was brought into the limelight out of nowhere.  without any professional experience whatsoever, with a rejected presidential decree and without any diplomatic credentials. Cica’s only known scoop remained the fact that he was from Kosovo. Therefore, Albanian diplomacy entered a circle of “two ministers”, as a house with two maids where housekeeping is worse than herding cats.

A Shattered Diplomatic Strategy towards EU

For thirty years, Albanians have been seeking, aspiring to make Albania like all of Europe. For three decades, the European Albanian dream has been brightened and sometimes faded by the fluctuations of domestic and foreign public policies towards the EU. For so long over 90 percent of Albanians have declared themselves in favor of EU integration. In front of the blatant failure of this process, Albanian citizens are choosing to flee to EU countries on their own. This failure has a real name, that is Albania’s Rama governance.

In particular, the failure to open negotiations for a full membership of the country in the EU has become a real nightmare for Albanian citizens. Starting from 2014; when the country became a candidate for the EU, seven times in a row, Albania was denied the concrete opening of negotiations for a full EU membership. Without entering to the growing internal failures, reflected in the increase of EU conditions, from five to fifteen, the focus is only at Albania’s diplomatic approach to the EU.

This is because the EU Treaty in the field of diplomacy leaves full initiative to the member states, but despite this, for important issues, major problems, serious crises affecting the whole Continent, the EU approaches into diplomacy are in full consensus. Candidate countries are required to reflect this diversity and diplomatic dynamics of the EU with their diplomatic strategy. Albania could not follow this EU diplomatic strategy, so it came to ruins and the Albania-EU diplomatic relationship, reached the lowest possible levels, to the point of distancing itself from it.

Everyone is important. They are irreplaceable. All these structures participate in policymaking and decision-making in various measures and forms. This structure reflects the principle of full multilateral involvement, or broad decision-making base, as one of the key governing principles of the EU.  Ensuring diplomatic success and positive outcomes with the EU depends entirely on the diplomatic ability of member states or EU candidate countries to work with all these multilateral, parallel and complicated EU structures. The Albanian diplomacy of Rama-Cakaj (Cica) plunged into diplomatic chaos, not considering this EU structure. There was no way it could have happened differently. Faced with the principle of EU inclusiveness, the Rama-Cakaj couple established the principle of exclusion, or pejoratively expressed “the principle of the steering wheel and the frying pan”.

When we say that the Albanian diplomacy towards the EU, entered into an institutional conflict with the EU diplomacy, we have in mind that it did not respond to the dimensionality, diversity and dynamics of the EU diplomacy, above all it clashed with it, attempting to clash the EU Commission diplomacy with that of the Council, as well as the diplomacy of the Organization as a whole with that of its member States. This depressing diplomatic game stemmed from the attempt to cover up internal failures with diplomatic propaganda, mainly with the EU Commission and its diplomatic delegation in Tirana.

Caught only after the European Commission and its delegation in Tirana, Albanian diplomacy ignored the involvement in policy-making and decision-making inside EU diplomacy, and when it saw that it had gone too far in this regard, Rama-Cakaj diplomacy tried to throw rocks under the wheels between the EU institutions on one hand, and the organization and member states on the other. This was one of the most serious faults of the Albanian diplomacy towards the EU in the second term of the Rama Government, or of the Rama-Cakaj (Cica) diplomacy. In Europe this game is widely understood and the punishment was clear: No opening of long awaited negotiations.