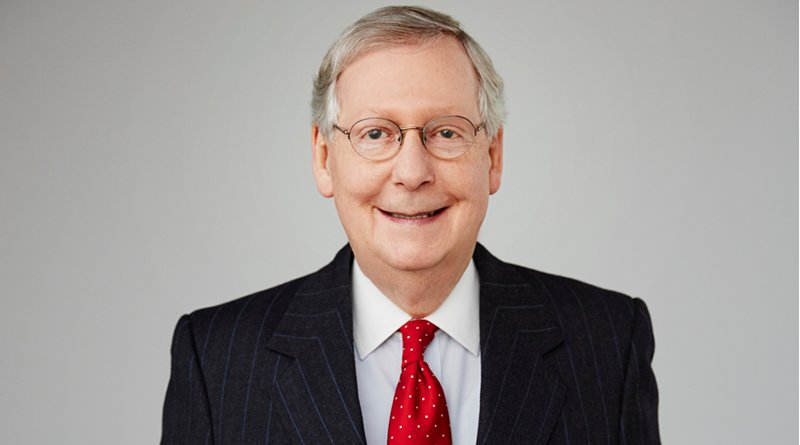 Since 2015, Senate Majority leader Mitch McConnell has ruled the Senate with an iron hand, describing himself as “the Guardian of Gridlock.” He was Senator “NO,” except for confirming over 200 mostly corporatist federal judges.

Now comes a new challenge for Mitch McConnell as he leads 49 other Republican Senators, twenty of whom are up for re-election in 2022. Earlier this month, McConnell broke with Trump publicly in a Senate speech holding the wannabe American Fuhrer responsible for the January 6th storming of the Congress. On that day, Trump had just spoken to a crowd on the Mall and incited his followers to rush the Capitol and “stop the steal.” In the aftermath of this insurrection, the Kentucky Senator said he was keeping an open mind about his vote during the coming impeachment trial of Trump.

Predictably, McConnell received a flood of criticism from the Trump supporters for daring to distance himself from the dangerous, unstable, Liar-in-Chief.  Senate insurrectionists Senators Cruz and Hawley stood firm with Trump, even after the Trumpsters’ violent riot in their hallowed workplace.

Then came Senator Rand Paul, a crypto-libertarian opportunist and Trump toady (a scheming shadow of his father, ex-Rep. Ron Paul) to propose a vote on whether a president who is impeached while in office could be tried after his term was up. In a January 21, 2021 letter, an overwhelming number of liberal and conservative constitutional law experts said, “In sum, the Constitution’s text and structure, history, and precedent make clear that Congress’s impeachment power permits it to impeach, try, convict, and disqualify former officers, including former presidents.” (The full text of the letter is available online at Medium.Com) Not to do so, as Republican constitutional law specialist Bruce Fein said, “would fail to a set a precedent to deter future presidents from committing all kinds of impeachable offenses during the last days of their presidency and would undermine the  additional sanction, by majority Senate vote, of banning Presidents who have committed ‘high crimes and misdemeanors’ from ever running for federal office again.”

McConnell, reverting to form, voted with Rand Paul and all but five courageous Republicans for the nonsense assertion that the Constitution prohibits a trial of an impeached president after departure from office. Since it would take seventeen Republicans to join with fifty Democrats to convict Trump, the media pundits quickly prejudged the outcome as an acquittal.

Inside McConnell’s brain, however, the path ahead is not preordained. McConnell still insists, as one of 100 Senate jurors, he is keeping an open mind as he weighs the evidence at the open televised trial starting on Tuesday, February 9th in the Senate. This might be true.  Allowing the Trumpian half of his brain to overpower his judgment and vote to acquit Dangerous Donald would spell disaster for the Republican Party (assuming the Democratic Party doesn’t go to sleep as it did after Obama’s win in 2008).

Here is what the “survival” part of McConnell’s mind may be thinking:

“My GOP is a minority Party. We’ve only won the popular vote for President once since 1988, having been saved by the Electoral College in 2000 and 2016. Our majorities in the House have been due to gerrymandering designed to produce safe Republican districts in key states. We can’t assume that the cowardly Democrats will continue to give us seats in the Senate that they should have won, apart from giving up contesting many seats altogether.”

“We should break completely with Trump and his uncontrollable, delusional, hardcore extremists dedicated to “civil war,” that the Department of Homeland Security has deemed the “leading domestic terrorist” threat. Conviction of Trump is the way forward. He wouldn’t be able to run again. We won’t be bullied, intimated, and lied about every day in order to push us toward these political militias and their crude, violent talk and actions by acquitting Trump.   We can’t be the “law and order” Party if we don’t accept that “no one is above the law.”

“Also, the media would demand answers for out-of-control Republican outlaws and their Trumpian grip on state Republican Party committees. We will be so relentlessly distracted daily by Trumpian chaos and Trump’s 2024 candidacy that we won’t be able to reset the traditional stable GOP and advance our conservative agenda. Trump is causing us to lose our campaign contributions from frightened corporate CEOs who cannot tolerate daily political disruptions and overtly divisive rancor that rankles the workplace.”

“Some of our own legislators already are being investigated by the FBI for their involvement with these extremist groups.” (See the New York Times article: Republican Ties to Extremist Group Are Under Scrutiny).

“Furthermore, letting Trump go triumphantly into the electoral arena would increase the risk of internally splitting the Party with Trump either saying “his way” or creating a new “Patriot Party”. For many reasons, that would end our electoral chances for a generation.  It will be worse than what FDR did to our Party.”

“I make these arguments to my Senate Republicans, having just been re-elected. The Senators up for election in 2022 are fearful of being primaried. They cannot stand the burst of hate mail they would receive.”

“To them, I would say: “relax, look at the huge margins most of you won by in 2016. You’re just too cozy and not used to a primary challenge, which should make you an even better campaigner. Besides, you’ll raise much more campaign money by standing tall against the tyrant who attacked America, who will turn on you at a tweet’s notice if you’re not 100% with him.”

“Given the super-safe seats – no one is going to beat Thune, Moran, Lankford, Kennedy, Crapo, Boozman, and Shelby in any primary. Besides, any ultra-extremist candidates who win primaries are sure to lose in the general election. That’s what happened in Delaware in 2000. The great majority of sane GOP voters know a suicide drive when they hear and see it.”

Such is the swirling mind of Mitch McConnell these days. With more incriminating evidence coming out about Trump’s attempted election coup, and the expected alarming under oath testimony at the Senate trial, the sheer political self-interest and regard for the GOP’s future should result in the Senate voting for conviction.