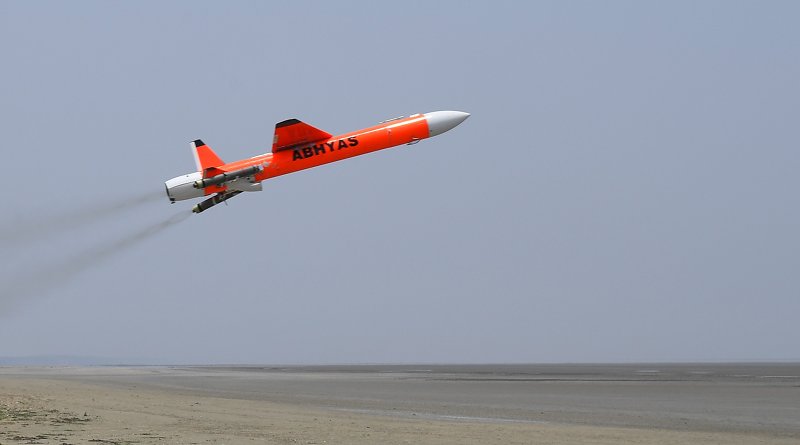 UAVs (Unmanned Aerial Vehicle) or RPAS (Remotely Piloted Aerial System) commonly known as drones are being used by many countries for civilian, commercial, military purposes. They are used in particular conditions such as where manned flight is considered too risky or difficult. The drone game started by the Bush Administration in Afghanistan and Pakistan after the incident of 9/11 and Obama Administration increased drone operations with the highly volatile regions of both the countries. With time, the drone’s technology has been getting importance globally in this regard South Asian countries such as India and Pakistan are also getting much interest in acquiring the latest drone technology from the US and Israel and China respectively. The Indian government’s “Make in India Initiative” has been encouraging private firms to take interest in manufacturing unmanned surveillance devices and weapon systems for the use of its armed forces.

India since long has been trying to get more sophisticated drone technology in this regard, the present Indian government has conducted agreements and increased cooperation in this field to boost its drone and anti-drone technology. In 2018 and 2020, India conducted a pact with the US through signing The Communications, Compatibility and Security Arrangement (COMCASA) and The Basic Exchange and Cooperation Agreement (BECA) respectively. These pacts allow India to access advanced military platforms by acquiring the developed armed drones and real-time exchange of geopolitical intelligence. Apart from this, New Delhi and Washington also agreed to work in developing small-sized drone swarms which aim to destroy an enemy’s air defence systems.

All these moves to develop drone and anti-drones technology by Indian side disturb the balance of power in the South Asian region. As described by Bary Buzan in regional security complex theory where one state’s security is interlinked with another one particularly arch-rival countries such as India and Pakistan. In such situation, Indian increasing inclination towards acquiring the sophisticated and latest drone technology as well as investing massive amount through signing agreements with many countries such as Russia, Israel and USA, pose serious threats to the security of Pakistan. In this regard, Pakistan has made its first armed drone named Burraq which is sophisticated in military capabilities. Moreover, Pakistan has been showing its inclination towards China to counter the Indian threats. For making their friendship more strong and liable both the nations in 2019 agreed to a framework of signing an agreement regarding sells of drones to Islamabad as well as collaboration in making drones. In which China agrees to sell 50 drones to Pakistan, the news was publicized by China’s state media of supplying 50 Wing Loong II armed drones. Besides, it is reported that Pakistan has shot down many Indian spy drones within Pakistani territory only in the year 2020.

In this regard, Pakistan with the cooperation and collaboration of China advances the anti-drone technology as it can better defend itself from any Indian action. Being traditional enemies both the nations always remain under threat from each other. India has been investing a huge amount of money to acquire drones from many countries such as Israel and Russia. Islamabad always remains volatile from New Delhi’s governments therefore for creating the balance of power it becomes out of options except acquiring drones from friend nations as well as go for anti-drone technology to defend itself from the attacks by the strong enemy. Currently, the Indian government’s actions and policies portray offensive and threatening behaviour towards its neighbours, particularly Pakistan. Keeping in a view the staggering threat from the Indian side, the defence policy of Pakistan mostly remains indo-centric.

Over time, the growing technical expertise and development of various products have also given a boost to the usage of drone technology in multiple sectors such as wars, agriculture, media, construction, sports and conflicts between countries. Available literature and data show that the countries which have remained enemy to each other since long, they spend a huge amount over acquiring drone and anti-drone technology to make their defence mechanism more strong and advanced. Along with this, such nations’ major usage of this technology remains in the war field, conflicts and bordering regions for surveillance as well as attacking the enemy’s hideouts. Such as Pakistan and India has remained arch-rival to each other and both the nations have been trying to acquire the latest technology as it could be used when needed.

Furthermore, the dominance of airspace carries much importance in current times because of the changing nature of warfare. In this regard, the development in drone technology and increasing usage of drones in multiple sectors have compelled the scientists to search for the anti-drones technology as well. Therefore various countries such as the USA, Israel, Russia and China have worked a lot. Moreover, these countries have been working hard to develop more sophisticated anti-drone technology. This also provokes rival countries for instance India and Pakistan to indulge in an unending war of technology for their dominance as well as defence.

*The writer is Ph.D. scholar in the Department of Defense and Strategic Studies, Quaid-i-Azam University Islamabad, Pakistan.