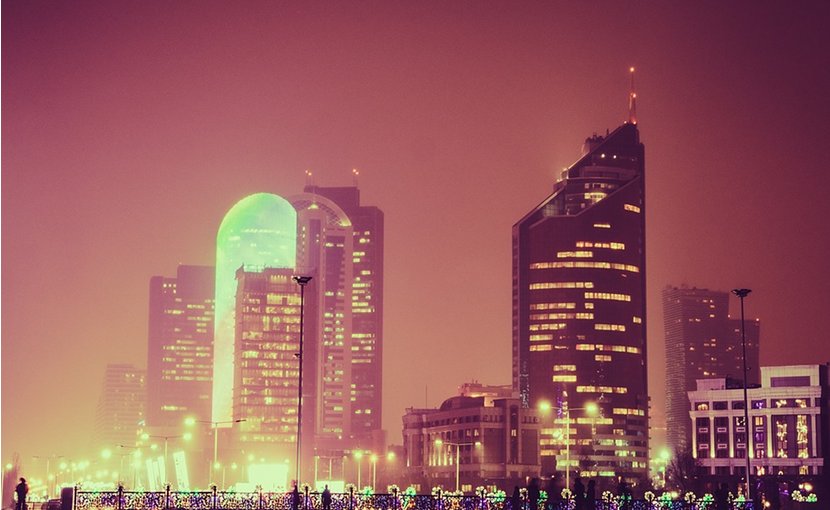 On January 10, Kazakhstan held elections for its lower house while Kyrgyzstan held presidential elections and a national referendum on constitutional amendments. While the elections in Kazakhstan were the usual stage-managed affair designed to maintain the decades-old political status quo, Kyrgyzstan’s aimed to create a new political order based on an old model: presidentialism.

After leading Kazakhstan since independence, Nursultan Nazarbayev stepped down from office in March 2019. Kasym-Zhomart Tokayev, who served in numerous top government posts, took Nazarbayev’s place. The recent parliamentary elections were the first under a new president and also the first to be held according to schedule since 2004.  However, many believe Nazarbayev continues to rule the country in his role as Elbasy – leader of the nation, and first president, a title that carries an abundance of constitutional privileges, in new role as secretary of Kazakhstan’s Security Council, and as head of the ruling Nur-Otan Party.

Tokayev’s selection, then election as president in the snap poll of June 9, 2019, was accompanied by the creation of new political movements, such as Oyan, Qazaqstan (Wake Up, Kazakhstan), mainly comprised of young, tech-savvy people who had a different image of Kazakhstan’s future and saw Tokayev’s managed ascension to the presidency as a sign that nothing would change.

To temper these small but growing movements, Tokayev promised reforms, including the right to hold public meetings without prior permission and the registration of genuine opposition political parties. At least seven groups did attempt to create a party. But none were registered, including the Democratic Party of Kazakhstan (DPK), led by journalist and activist Zhanbolat Mamai, although the group did receive permission to hold public rallies in September and November 2019. Such permission is still rare, and in the days leading up to elections, and on election day itself, dozens of activists were detained.

Five parties competed for the 98 seats available in Majilis, all of which can trace their formations back some 20 years or more. The lackluster campaign ended with three parties winning seats – Nazarbayev’s Nur-Otan Party, Aq Zhol (Bright Path), and the People’s Party of Kazakhstan (formerly the Communist People’s Party of Kazakhstan), the same three that were the only parties to win seats in the 2012 and 2016 elections when Nazarbayev’s Nur-Otan once again claimed 76 of the 107 seats being contested.

For those who want to see a new era begin in Kazakhstan, the return of Nazarbayev’s eldest daughter Darigha to the political stage, even as new reports have been emerging about her family’s wealth and illegal financial deals, is just another indication that nothing will change – at least as long as Nazarbayev, who turns 81 in July, is still alive.

Kyrgyzstan: The Return of Presidentialism

Kyrgyzstan’s election and referendum centered on reversing the course of a June 2010 referendum on the constitution that set the country on a course to a parliamentary system of government. The group that came to power in early October has worked to convince people that Kyrgyzstan is not ready for a parliamentary system and the only way to resolve the crises the country faces is through a return to presidential rule.

The catalyst for the January 10 elections was the earlier parliamentary elections of October 4, 2020. By the time Kyrgyzstan conducted parliamentary elections, confidence in former President Jeenbekov’s government had greatly waned. For nearly three years, Jeenbekov had done little of note for Kyrgyzstan and much of that time was marked by a series of court cases against his predecessor, Almazbek Atambayev, and members of Atambayev’s government who were exposed for corrupt practices, such as the renovation of the Bishkek thermal power plant which shut down in January 2018 during the coldest part of winter and just a few months after work had been completed. It later emerged that more than one-fourth of the U.S. $386 million China provided for the project had been stolen.

When the coronavirus pandemic hit the country in March 2020 the already shaky economy fell into deep decline due to lockdowns and closed borders. Jeenbekov’s government seemed unable to deal with the situation, the people’s trust in government dissipated, and the younger generation of voters, seeing the veteran politicians had once again failed, called for lustration.

Two parties, Mekenim Kyrgyzstan and Birimdik, widely suspected of bribing voters or using administrative resources (or both), won an overwhelming majority of the votes in the October election. Mekenim Kyrgyzstan was linked to former Deputy Customs Service Chief Raimbek Matraimov, who was the subject of a series of reports exposing widespread corruption. Birimdik was linked to then President Sooronbai Jeenbekov, whose brother Asylbek was a candidate from the party. Protests broke out on October 5 and by October 6 the government had fallen.

After the unrest of October 5-6 2020 caused the results of parliamentary elections to be annulled, many expected opposition leaders would form a new government, as had happened after revolutions in 2005 and 2010. Such a process started. But divisions among various groups quickly emerged and while they debated, another group moved into the political vacuum and took control.

Sadyr Japarov surfaced as the leader of this group. Japarov was a deputy, and later a top official in Kyrgyzstan’s anti-corruption agency when Kurmanbek Bakiyev was Kyrgyzstan’s president (2005-2010) and was later serving 10-year prison term for involvement in a hostage-taking incident in the northeastern town of Karakol in October 2013. He was among several politicians freed from prison during the unrest immediately after the election, but his supporters managed to assemble a group of 30 parliamentary deputies at a Bishkek hotel on the evening of October 6 who moved to name Japarov as prime minister.

The effort failed due to lack of a quorum, but it was already clear Japarov had backers who were working to move him into the top spot in government. The third attempt at approving Japarov for the post, on October 14, succeeded. President Jeenbekov officially resigned on October 15, and the following day Japarov became acting president.

Even though the mandate of the parliament expired on October 28, it pushed through Japarov’s call for a snap presidential election and constitutional referendum. Japarov defeated his 16 opponents, receiving more than 79 percent of the votes, the second highest total in Kyrgyzstan’s history after Kurmanbek Bakiyev’s 89 percent in the 2005 presidential election. Some 81 percent of voters approved the referendum reverting to a presidential form of government and now a specially formed constitution chamber will draw up a new constitution to be voted on in another referendum tentatively planned for before the end of June. However, less than 40 percent of eligible voters cast ballots on January 10.

It was clear from the start that Japarov’s meteoric rise to power has been supported by powerful people with ample financial resources and organizational skills to rebrand Japarov as a patriot, and influence or exert pressure on many leading officials who potentially stood in the way of his ascension to power. Some suspect organized criminal groups are backing Japarov.

Not long after his ascension to power, Japarov announced an anti-corruption campaign. Kamchy Kolbayev, aka Kolya Kyrgyz, and Matraimov, two men suspected of being leading crime bosses in Kyrgyzstan, were detained before the end of October, they were conveniently both in Bishkek. But Japarov also announced an “economic amnesty” that allows those guilty of illegally acquiring money to simply repay what they stole without punishment. Matraimov promised to return two billion som (of the estimated 60 billion he allegedly pilfered) and it is unclear if he will face any charges. One report in late December noted Japarov’s campaign was taking in far more money than his opponents and listed 10 individuals and two companies as having contributed more than half of those donations.

A Challenging Future for Both Governments

It still remains doubtful Japarov can stay in office for an entire term. Japarov has made many promises and some would be impossible for anyone to keep. Kyrgyzstan’s economy has never been in good shape, but figures for 2020 show the economy declined by 8.6 percent due to the spread of the coronavirus in Kyrgyzstan and reduced remittances from migrant laborers abroad, particularly in Russia. It is unclear when Kyrgyzstan will be able to control the spread of the coronavirus and all sectors of the economy can return to previous levels of output. And the unrest of October 5-6, plus the suspicion of many that organized criminal groups put Japarov into power will combine to make Kyrgyzstan toxic for foreign investors.

The worst aspect of Japarov’s rise to power is the feeling many have that if he cannot succeed in improving conditions in Kyrgyzstan, a fourth revolution could remove him. While this does to some extent make Japarov accountable to Kyrgyzstan’s citizens, such a solution would be as much an admission of democratic failure as the process that led to Japarov becoming president.

Kazakhstan’s leadership may also be running out of time. The parliamentary elections preserved the regime, but also showed how resistant the regime is to changes, such as the changes a small but increasing number of people are demanding more say in how the country is governed and a greater share in the wealth that has concentrated into the hands of a relative few. Nazarbayev’s death will signal a new period in Kazakhstan and despite his efforts and those of others to preserve Elbasy’s system after he is gone, that system is brittle and unlikely to endure.

This article is part of a collaboration between the Foreign Policy Research Institute and the Oxus Society for Central Asian Affairs.

The views expressed in this article are those of the author alone and do not necessarily reflect the position of the Foreign Policy Research Institute, a non-partisan organization that seeks to publish well-argued, policy-oriented articles on American foreign policy and national security priorities.

*About the author:Bruce Pannier is a longtime journalist and correspondent covering Central Asia. He currently writes Radio Free Europe/Radio Liberty’s blog, Qishloq Ovozi, and appears regularly on the Majlis podcast for RFE/RL.

Source: This article was published by FPRI

The article Elections In Kazakhstan And Kyrgyzstan: The Challenges Of Retaining Power – Analysis appeared first on Eurasia Review.