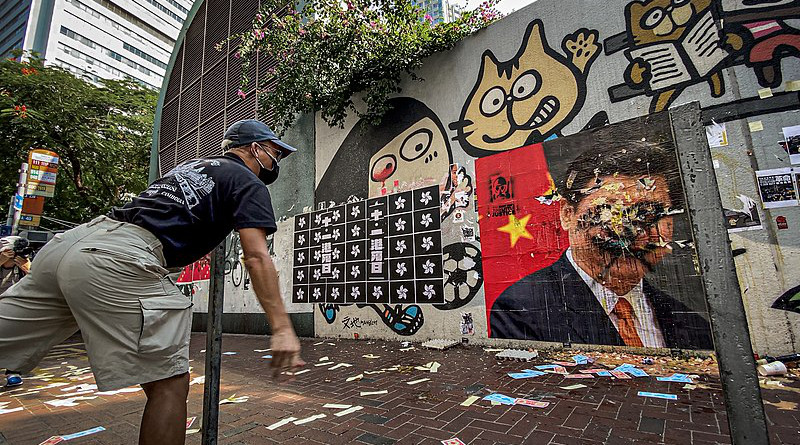 U.S. Secretary of State Mike Pompeo has condemned the arrests by Hong Kong authorities of a group of pro-democracy activists, calling the action “a clear abuse of law enforcement for political purposes.”

Pompeo made the remarks in a statement issued Monday by the State Department. Pompeo said the Hong Kong government’s “harassment and intimidation” of pro-democracy representatives and its attempts to stifle dissent “are stark examples of its ongoing complicity with the authoritarian Chinese Communist Party,” which he said “seeks to dismantle the promised autonomy of Hong Kong.”

He called on Beijing and Hong Kong to respect the right of Hong Kong’s people to air their grievances through their elected officials.

Seven people were arrested Sunday, among them current and former lawmakers.

Hong Kong police confirmed the arrests were in connection to scuffles that broke out in the city’s legislature during a faceoff between pro-democracy and pro-Beijing lawmakers earlier this year.

A police statement said that six men and one woman had been detained on suspicion of contempt and interfering with legislative members. They were released later in the day.

At a news conference Sunday, Hong Kong police officials defended the arrests, saying they had been made on the basis of evidence alone and had nothing to do with “the social status or political background” of those taken into custody.

At  separate news conference, the same day, the activists called the arrests “absurd” and “completely unacceptable.” They said the government had “fabricated pretexts and used groundless charges to suppress the opposition voice.”

In a related development, The New York Times reports another pro-democracy lawmaker was arrested Monday, bringing the total to eight.

The move comes more than four months after Beijing imposed a national security law on Hong Kong that punishes what Beijing broadly defines as secession, subversion, terrorism and collusion with foreign forces with up to life in prison. The law was widely condemned by Western governments and human rights groups.