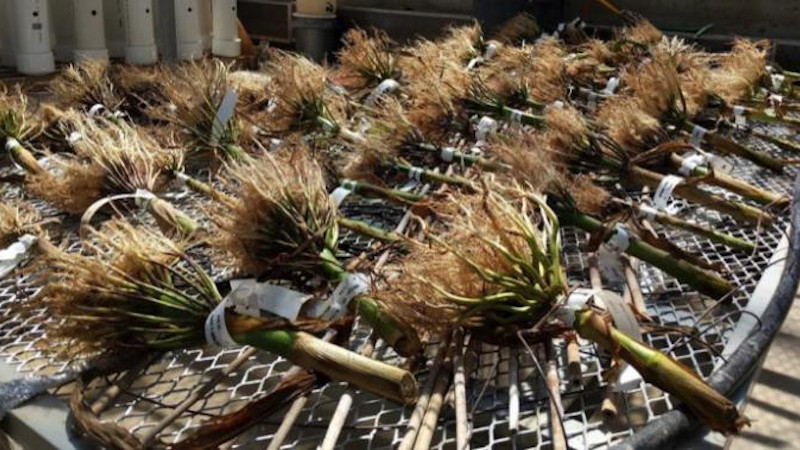 A previously unknown root trait allows some cereal plants to grow deeper roots capable of punching through dry, hard, compacted soils, according to Penn State researchers, who suggest that harnessing the inherited characteristic could lead to crops better able to deal with a changing climate.

“This discovery bodes well for American and global agriculture because the trait helps corn, wheat and barley grow deeper roots, which is important for drought tolerance, nitrogen efficiency and carbon sequestration,” said Jonathan Lynch, distinguished professor in plant science. “Breeding for this trait should be helpful in developing new crops for climate mitigation.”

Called multiseriate cortical sclerenchyma by the researchers — or MCS — the phenotype is characterized by small cells with thick walls just beneath the surface of the roots. Roots with the MCS genotype have a greater concentration of lignin — a complex organic polymer that is important in the formation of cell walls, especially in wood and bark, that lends rigidity.

The findings of the root anatomy study, published in Proceedings of the National Academy of Sciences, are striking. Corn genotypes with MCS had root systems with 22% greater depth and 39% greater shoot biomass in compacted soils in the field compared to lines without MCS.

“Compacted soil layers constrain crop productivity by restricting root growth and exploration in deeper soil layers, which in turn limits access to nutrients and water,” she said. “Plants with roots that are able to penetrate hard soil and forage deeper have an advantage in capturing water and nutrients — ultimately performing better in drought or low soil fertility.”

The study included both field and greenhouse components to assess root-penetration ability in compacted soils.

When the corn flowered, soils were cored near randomly selected plants to assess root growth. The roots of two plants per research plot also were dug up and evaluated, and shoot biomass was collected.

Twelve wheat genotypes and six corn genotypes also were grown in a greenhouse at the University Park campus. Large growth containers, or “mesocosms,” were set up with a compacted soil layer to determine which roots penetrated the hard substrate. After more than a month’s growth, root segments from each of the corn and wheat genotypes were collected, measured and tested for tensile strength and root tip bending force.

This research utilized laser ablation tomography — known as LAT — to visualize the anatomy of roots from plants in the study. Lynch’s research group developed the unique technology in 2011 for other root-analysis applications. Researchers using LAT can measure the light spectra given off by different cells cut by the laser to differentiate between various tissues.

Genetic variation for MCS was found in each of the cereals examined by the researchers, and heritability was relatively high, they reported, suggesting that this trait can be selected in breeding programs. Of the plant lines reviewed in this study, MCS was present in 30 to 50% of modern corn, wheat and barley cultivars.

The implications of corn crops growing deeper roots to range farther for water and nutrients — and as a consequence producing larger yields — would be immense in regions where the populace is food-insecure, Schneider pointed out. That is especially true in the face of a changing climate that is making vast areas more drought-prone.

“We observe MCS in corn, wheat, barley and many other cereal crops, and our work suggests that many of the benefits of MCS may be analogous across different species,” she said. “MCS could be an important trait for stress tolerance and increased yields in cereal crops.”