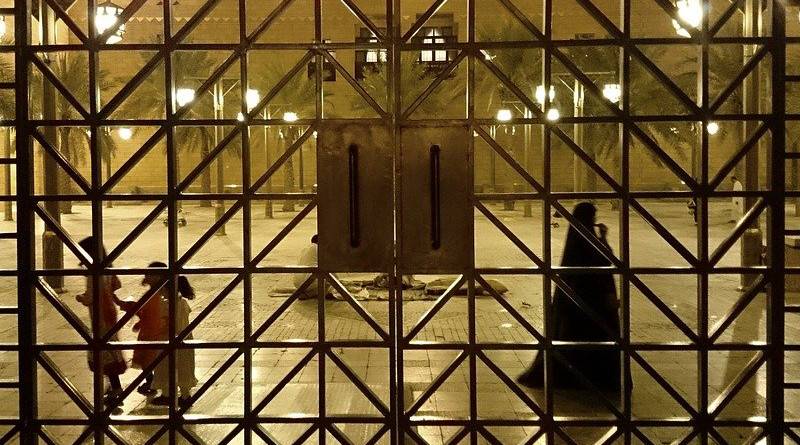 The traditional skills of the Kingdom’s matchmakers have survived many changes, and they are confident that amid rapid social changes among the younger generation and a technological revolution they can continue to ply their trade.

As men and women enjoy opportunities to mingle and meet and attitudes across the country are starting to change, the once-traditional practice of matchmaking should theoretically start to decline. However, Arab News spoke to women who continue the practice, who revealed that their services are just as in-demand as ever.

When most people hear the word “matchmaker” they probably picture the austere, pinch-faced woman from Disney’s “Mulan” who struck terror in the hearts of young Chinese women looking to bring their family honor, but Saudi matchmakers want people to know that nothing could be further from the truth. Most want only one thing: A successful, happy union for anyone who seeks their services.

Um Nasser, a kindly woman in her 50s, told Arab News that after almost four decades of marriage, her experiences have given her invaluable insight into what makes a relationship work, and love does not always have everything to do with it.

“I was married when I was 16, to the son of a family friend. Though I can’t say it was love at first sight for either of us, eventually we grew into mutual respect and understanding, and our relationship blossomed,” she said. “We’ve been married for 36 years, and our affection and respect for each other is as strong as ever.”

According to Nasser, the fundamentals of marriage are not love and attraction, but understanding and compromise, something she thinks that many young people do not realize when they think about marriage.

“Everyone would like a fairytale romance, or the kind of relationship you see on social media. I want today’s youth to realize how much of what you see on Instagram and in the movies is false. Passion cools, and looks fade, but a strong base to build respect on is the only thing that lasts,” she said.
Nasser enjoys an active following of over 10,000 on Twitter, which she uses to help single Saudis locate potential matches by creating a “dating profile” of sorts.

“I ask my patrons for detailed personal information, such as their age, their height, their specific requests for what they would most like in a partner, and so on. I will then create a tweet that lists this information to the public. Potential partners can send me a private message expressing their interest, and if their requests are compatible, I can then set them up via the proper channels for further discussion,” she said.

She added: “If I receive details from one client that I think would suit another, I can also set them up directly, via whoever they have asked to ‘represent’ them in the discussion. For women, it is usually a parent or a guardian. For men, it might be their mother, sister, or aunt.”

Nasser said that in almost 20 years of matchmaking, she had married over 300 couples, almost all of whom have enjoyed successful relationships so far.

“It gives me a lot of joy to know that I have helped people find their life partners, and some of them are even still in contact with me to this day,” she said. However, with many of today’s youth beginning to find their own partners due to the changing attitudes across the country, and the increasing opportunities for men and women to meet each other in the workplace or at social events, how have today’s matchmakers continued to find work?

Um Mansour, another traditional matchmaker, told Arab News that her business had achieved renown purely via word of mouth. “I don’t use social media because I don’t need it. Many of my former clients recommend me to friends and family, and I’m able to work that way.” According to Mansour, a marriage is more than a relationship: It is a partnership, which means that everyone has to contribute equal work to keep things moving.

Mansour said that while she does not see as many requests from people under the age of 30 nowadays, her clients come from an often forgotten different demographic of the public.

“Our society can sadly have a negative outlook towards divorced and widowed women. Many of these ladies that come to me are wonderful, loving women who have simply been the victims of unfortunate circumstances. They deserve second chances, and I want to do everything in my power to make sure they get them,” she said.

But what do today’s Saudi youth think about the practice of matchmaking? Arab News asked men and women under the age of 30 whether or not they would consider an arranged marriage, and what they want from a potential partner.

Sarah Almutairi, a 22-year-old woman from Riyadh, said she was open to the idea of an arranged marriage, provided she had the opportunity to build a connection with the person that was chosen for her.

“I think that I am still a little young to consider marriage that seriously, but I believe that what’s meant to be will happen. If my family brought forward someone they thought would be a good match for me, I wouldn’t refuse it outright, but I don’t think I would be comfortable marrying a stranger. If we could meet first for a while, even under supervision, and get to know each other, I wouldn’t be opposed,” she said.

Hussam Alajmi, a 30-year-old man from Riyadh, said that he might consider going to a matchmaker if he did not meet someone on his own in the next few years.

“I’m still holding out hope to meet someone at work or at a social event, but maybe if I don’t meet someone before I turn 35 I’ll think about it. I’m at an age where I’m seriously thinking about settling down soon,” he said.
Alajmi said that while there were a few reasons he had not got married yet, a big part of the reason was financial.

“Marriage is a big financial commitment, and I don’t know if I am currently making enough money to support a wife and a household. I want to be able to provide for my wife, even if she has her own source of income. That’s just how I was raised,” he said.

Yasmeen Alkhudair, 27, agreed that financial worries were a big part of why she had not married yet, saying that rising expenses and skyrocketing real estate prices were causing concern among many of her generation.

“I disagree with the idea that all the pressure of providing for a household and responsibility for paying rent, etc., should be placed on men. In this economy it’s an unfair expectation. When I get married, I would want us to be partners. But some men find that concept emasculating, because of the pressure society puts on them,” she said.

However, Alkhudair rejected the idea of traditional matchmaking, saying that she wanted to meet her partner in an “organic” way.

“I want to meet someone on my own and build a relationship with them before jumping into marriage. I realize that marriage is more than just being in love with someone, but to me that’s a fundamental part of the process. Dating in our society is still a bit of an alien process, granted, but I think it can be done in a respectful way in line with our traditions and our religion both,” she said. “That’s how I want to meet my life partner.”