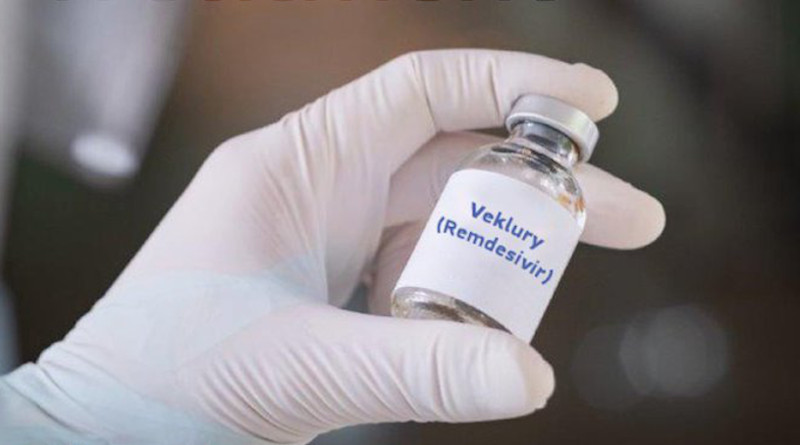 In the treatment of SARS-CoV-2, the virus that causes COVID-19, antiviral drug remdesivir has emerged as a promising candidate.

Remdesivir works by disrupting the virus’s ability to replicate, but its exact mechanism has remained a mystery. Using advanced computational simulations, researchers at the Pritzker School of Molecular Engineering (PME) at the University of Chicago have revealed just how the drug works at the molecular level. They also found that two drugs that work in a similar manner, ribavirin and favilavir, do not bind as effectively to the virus.

“It’s important to understand how remdesivir works at a molecular level,” said Prof. Juan de Pablo, who led the research. “Now that we see that it is effective, and other drugs are not as effective, it can guide future efforts for treating COVID-19.”

The results were published in the journal ACS Central Science.

Understanding how drugs disrupt the virus

Remdesivir works by disrupting SARS-CoV-2’s RNA polymerase, a key enzyme that the virus needs to replicate itself. When this enzyme is disrupted, the virus cannot multiply and spread within the body.

Since the beginning of the pandemic, de Pablo and his group have been using advanced computational simulations to systematically look at the different proteins that allow the virus to replicate or infect cells. They also have looked at the key candidate drugs that are already used to treat other diseases and could be repurposed to inhibit those processes in SARS-CoV-2. The simulations, which require months of extremely powerful computations, ultimately reveal what happens at the molecular level.

To better understand how treatments disrupt the RNA polymerase, de Pablo and his group simulated the interaction between the enzyme and three drugs that are already available, and that are meant to inhibit it: remdesivir, ribavirin, and favilavir. They found that remdesivir binds strongly to the virus, but ribavirin and favilavir do not bind as effectively. They also found that remdesivir destabilizes the virus’s protein complex, also reducing its ability to replicate.

Now that simulations show that the drug should work at a molecular level, scientists could focus, for example, on finding better strategies to deliver the drug more effectively, de Pablo said.

A complete landscape of molecular targets

Previously, the group used computational analysis to reveal how the drug Ebselen binds to the virus’ main protease, or MPro. Now, the group is also examining the mechanisms of a different set of drugs on different proteins, with the goal of creating a complete landscape of molecular targets.

“We’ve seen that the virus is not going away and is in fact starting to mutate,” de Pablo said. “Efforts to find the best therapies, and the best ways to administer them, have to continue.”