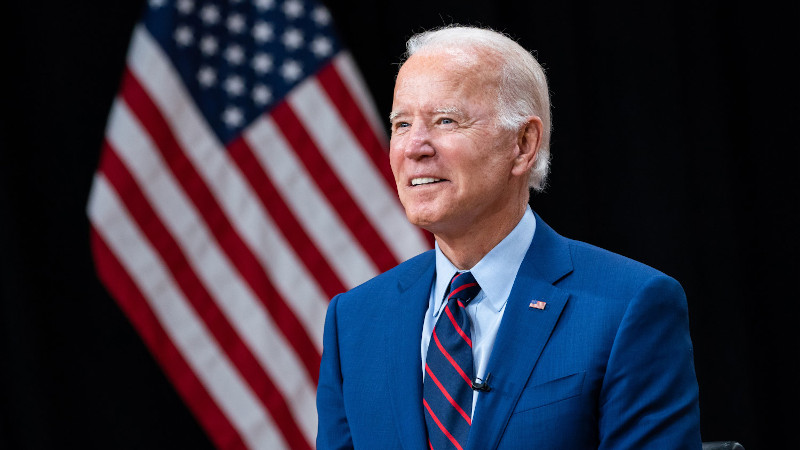 On 20 January, Joseph Biden was sworn in as the 46th president of the United States, heading an administration brimming with Obama-era appointees. But contrary to his aspiration to renew US global economic leadership, Biden’s political energies will be consumed by challenges at home. The Democratic Party’s razor-thin majority in Congress is just the tip of the iceberg.

Despite enjoying a massive seven million vote margin of victory, former US president Donald Trump would still be sitting in the Oval Office today had a mere 42,918 votes — or 0.6 per cent of the popular vote difference — changed hands in the battleground states of Wisconsin, Arizona and Georgia. This would have also been the case had 257,025 ballots across the critical Rust Belt states of Michigan, Pennsylvania and Wisconsin been cast in Trump’s favour.

The skewed vote count is an artifact of the rural and Republican Party-leaning bias of the American electoral college system. Indeed, no Republican candidate has secured a majority or plurality of the presidential vote over the past three decades with the exception of former US president George W Bush in 2004 — yet Republicans have held the White House for almost as long as the Democrats over this period.

As President Biden gets down to business, the upshot of his razor-thin margin of victory and the Democrats’ natural electoral college disadvantage is that the blue-collar vote will be on the ballot again in 2024. Like Donald Trump, who pulled off a stunning victory in 2016 by eking out a narrow margin of 77,736 votes in Michigan, Pennsylvania and Wisconsin, Biden’s path to the White House in 2024 will have to run through these rust belt states.

The ferment in blue-collar and working-class America can be traced to the nation’s sputtering economic engine and rank inequality — pointedly evidenced by the contrasting fortunes of Wall Street and Main Street in 2020.

While the US economy averaged annual GDP growth of 3.9 per cent over the last six decades of the 20th century, it has struggled to break the 2 per cent mark over the last two decades. This is despite the federal government’s debt-to-GDP ratio tripling in just 15 years and breaching the problematic 100 per cent threshold. Ironically, an important aspect of Trump’s electoral appeal lay in his ability to deliver (late-cycle) income gains that eluded both his two-term predecessors.

Anywhere between a quarter and a third of American prime-age males might be out of work by the mid-century, a predicament unseen since the Great Depression and perhaps even since the end of the Reconstruction era after the American civil war in the late 19th century.

From an Asia-Pacific economic and trade policy standpoint, what do these blue-collar woes and the toss-up nature of their voting preferences portend for Biden?

First, on international trade, Biden’s margin for manoeuvre will be narrow and his approach will more resemble Trump’s populism and protectionism — minus the premeditated rule-breaking — than Obama’s belated liberalising tendencies. This is already evident in his early policy announcements and appointments.

It also comes at an inopportune moment. Beijing is stitching-up trade and investment agreements with European and Asian counterparts, and it is only a matter of time before it commences accession negotiations to the Comprehensive and Progressive Trans-Pacific Partnership (CPTPP) — an agreement championed ironically by then-US vice president Biden to contain China’s influence in setting tomorrow’s trade rules for Asia.

Second, Biden will lack the deep pockets to marshal a coalition and mount a sustained challenge to Beijing’s grandiose Belt and Road Initiative (BRI) in Asia and Africa. Expect a mish-mash of US equipment deals and sweetheart financing that press on the BRI’s pain points in select countries of strategic importance to discomfit China, but without achieving permanent gains.

The most consequential ramification concerns not Biden but the Republican Party. Its ideological moorings remain in flux, as the political coalition that former US president Ronald Reagan constructed continues to buckle under the weight of Trumpian America First populism. The party remains as electable as ever, banking in part on white, working-class disenchantment, as testified by its near miss in both the White House and the Senate.

Its electability endured through a year in which more American lives were lost to COVID-19, for lack of honest leadership, than those lost to American wars of the 20th century, save the Second World War. Should the Republican Party continue its regression into economic populism, social conservatism and geopolitical isolationism on the back of illiberal white nativist grievance, much more than Asia Pacific trade and economic policy leadership could be on the line.

So goes the Republican Party, so might yet go the republic. Joe Biden has his work cut out for him on the working-class front.

*About the author: Sourabh Gupta is resident senior fellow at the Institute for China-America Studies, Washington DC.

Source: This article was published by East Asia Forum and is drawn from an earlier article published here in The Hindu.