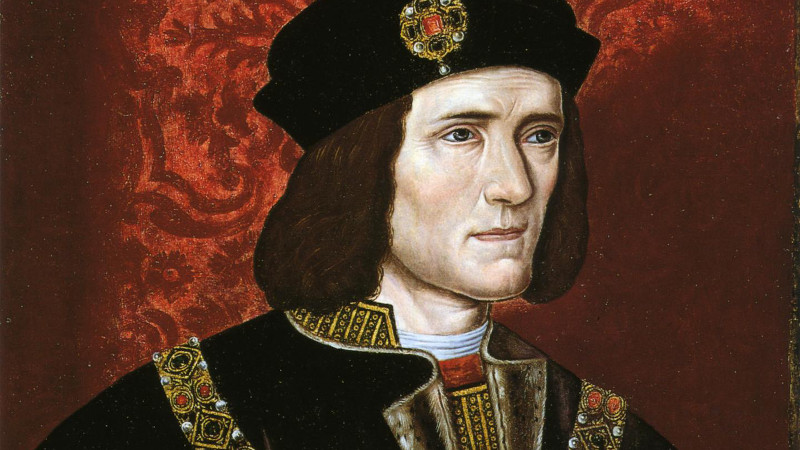 King Richard III’s involvement in one of the most notorious and emotive mysteries in English history may be a step closer to being confirmed following a new study by Professor Tim Thornton of the University of Huddersfield.

Richard has long been held responsible of the murder of his nephews King Edward V and his brother, Richard, duke of York – dubbed ‘the Princes in the Tower’ – in a dispute about succession to the throne. The pair were held in the Tower of London, but disappeared from public view in 1483 with Richard taking the blame following his death two years later.

It has become of the most enduring unsolved mysteries of all, stoked by references in Shakespeare’s play about the doomed Yorkist king and influenced by subsequent monarchs who were keen to paint their predecessor as a monster.

Defenders of Richard III have pointed to a lack of hard evidence to connect the king to the disappearance of the princes, who were aged just 12 and 9 when Richard took the throne in June 1483. But in ‘More on a Murder’ for History, the Journal of the Historical Association, Professor Thornton says that there is now clear evidence to substantiate the allegations against the men identified as the boys’ murderers, and to connect them to Richard III.

Integral to this is the ‘History of King Richard III’ by Sir Thomas More, the first detailed account of the deaths of the princes. More named two men, Miles Forest and John Dighton, as the murderers. More claimed that they were recruited by Sir James Tyrell, a servant of Richard III at his orders.

Until now, many people have questioned this story as being written long after the event, as ‘Tudor propaganda’ to blacken the name of a dead king, and even suggested that the names of the alleged murderers were made up by More.

But Professor Thornton believes that More came to the right conclusion due to some inside knowledge. Two of the famed politician and philosopher’s fellow courtiers were the sons of Miles Forest, one of the men More named as having killed the princes.

“This has been the greatest murder mystery in British history, because we couldn’t really rely on More as an account of what happened – until now,” says Professor Thornton.

“But I have shown that the sons of the chief alleged murderer were at court in Henry VIII’s England, and that they were living and working alongside Sir Thomas More. He wasn’t writing about imaginary people. We now have substantial grounds for believing that the detail of More’s account of a murder is credible.”

The mystery surrounding the princes has resonated for centuries, being revived in the 1670s when the bones of two boys were rediscovered in the Tower of London, and again in the 1930s when the remains, which had been reburied in Westminster Abbey, were scientifically reexamined.

The discovery of Richard III’s body under a car park in Leicester in 2012 also reignited interest in the controversial monarch, with some historians questioning whether he has deserved his notoriety. And the recent announcement of a new film about the rediscovery of Richard, written by Steve Coogan and Stephen Frears, shows that interest in the controversial monarch is as strong as ever.