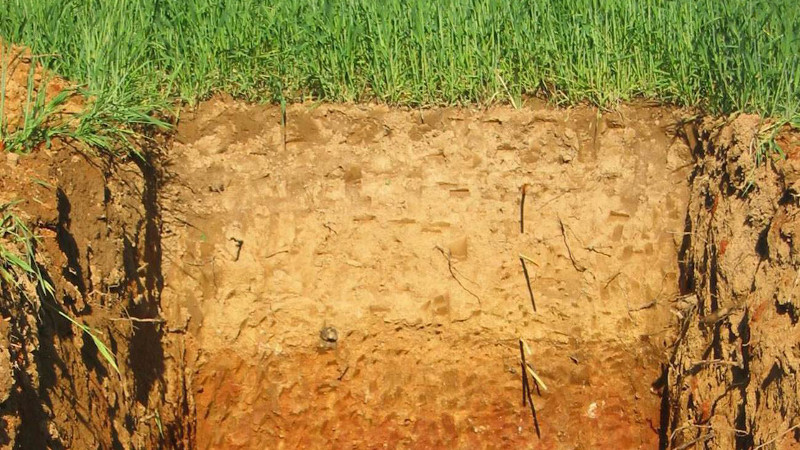 Over the past ten years, carbon emissions caused by human activity averaged 4.9 gigatonnes a year. To keep climate change in check, greenhouse gas emissions must be reduced. Thanks to the organic matter they contain (from plants and microorganisms), soils of terrestrial ecosystems store two to three times more carbon than the atmosphere. Increasing the annual carbon stock in agricultural soils by 0.4% (or 4 per 1000) in the top 40 centimetres of soil would, in theory, be equivalent to the increase of annual carbon emissions caused by human activity. This is the goal at the heart of the “4 per 1000” initiative launched by France during the COP 21 in 2015, which aims to promote increased soil carbon storage through sustainable farming practices.

Currently, the degradation of arable land has become a major risk factor for food security, particularly in developing countries, because overly degraded soils (poor in organic carbon) are no longer fertile. However, implementing sustainable farming practices (conservation agriculture, agroforestry, etc.) could put an end to the damage done. Adding organic matter to degraded soils would not only increase carbon storage, but would also lead to more stable and fertile land for an agriculture that stands up better to climate change.

The authors of the study put the issue back on the agenda by analysing the environmental and socio-economic conditions that must be taken into account in different parts of the world through concrete examples in Europe, the United States, Australia and southern Africa. They also propose a strategy for using the potential of agricultural soils more efficiently in order to help combat climate change.

Increase soil carbon stocks in your own backyard

Rolling out a worldwide plan requires overcoming several hurdles: disparities in the quality and properties of soils in different sites and farming practices that vary widely. Such diversity requires that specific and local measures be taken to promote carbon sequestration in soil.

Unfortunately, knowledge of the soil conditions is far from equal. That is why scientists recommend putting databases into place that would record a diagnosis of soil, modelling potential yield gains, and using the right fertilizers to achieve the desired result.

While such data is available in European countries like Germany, France and Belgium thanks to high-resolution soil mapping, there is a glaring lack of information in developing countries. In those countries, measures for restoring arable land can be taken locally by getting farmers and other stakeholders, who are generally well informed about the state of their soil, involved.

In order to promote sustainable soil management, the development of tools such as integrated platforms for measuring and predicting the evolution of carbon stocks will be key to help policy-makers make the right decisions. In the USA, a prototype is currently being developed and tested at the University of Colorado.

Policies and economic measures designed to get things going

The best economic and social measures for putting carbon storage programmes into place are those that involve several stakeholders including NGOs, private companies and local players. Many multinational agrifood businesses have heeded the consumer call to significantly reduce their greenhouse gas emissions. This way, major industrial players committed to the 4 per 1000 initiative can help bring about the transition toward sustainable agriculture on a large scale.

Local initiatives are also important, like that of a Dutch foundation that developed some 20 camps throughout the world to raise awareness and train local players in a region in restoring ecosystems and adopting sustainable farming practices. After studying many examples, the scientists identified three factors to take into account to ensure that future measures are effective: