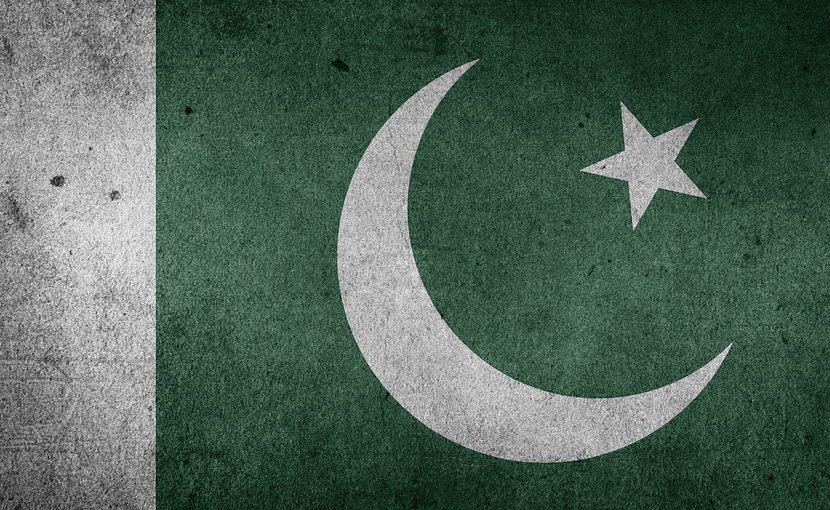 With international anti-terrorism funding watchdog Financial Action Task Force [FATF] once again retaining Pakistan on its grey list for failing to effectively clamp down on the financing of terrorist activities and giving it a four-month grace to mend its ways, a spurt in terrorist activities in Kashmir was expected. So, Thursday’s brutal murder of three political workers affiliated with BJP who were gunned down in the YK Pora area of Kulgam district in South Kashmir, though an extremely tragic incident, perfectly fits into the known pattern of ISI orchestrated terrorist activities aimed at creating mayhem in Kashmir.

But what wasn’t expected at all is that an admission of Pakistan’s involvement in the dastardly Pulwama car bomb attack on a CRPF bus in which 40 soldiers lost their lives would emanate from Islamabad. Most certainly, not even in the wildest dreams would have anyone ever imagined that Pakistan’s Federal Minister for Science and Technology Fawad Choudhary would himself vindicate New Delhi’s assertion of Pakistan’s deep state in last year’s dastardly Pulwama attack and three things make his revelation even more authoritative.

One, since it was made on the floor of Pakistan’s National Assembly [NA], it’s but natural that the Federal Minister would have made this statement with full responsibility and this definitely adds to its authenticity. Two, his mention of “Pulwama ki kaamyabi” [success of Pulwama] couldn’t have been an inadvertent faux pas or an erroneous inference [as Choudhary claimed later] since he did clearly mention “Pulwama” twice in quick succession while terming it a ‘success’. lastly, it wasn’t a spontaneous response made without applying due diligence and in the heat of the moment during a heated debate; it was a well-considered response to a statement made by a Pakistan Muslim League-N [PML-N] leader- a day earlier!

Actually, it was Ayaz Sadiq of PML-N who stirred a hornet’s nest in the National Assembly on Wednesday by recalling events leading to the release of Indian Air Force [IAF] pilot Wing Commander Abhinandan Varthaman. He had stated that “I remember Shah Mahmood Qureshi was in the meeting, which Imran Khan had refused to attend. Chief of Army Staff General Bajwa came into the room-his legs were shaking and he was perspiring. Foreign Minister said for God’s sake let Abhinandan go, India’s about to attack Pakistan at 9 pm.”

People all over the world expect their Prime Minister to be decisive and believe that their army chief is a fearless man. So, Sadiq’s revelation must have come as a double whammy for the Pakistani establishment since it clearly indicated that while Khan intentionally missed attending this important meeting only to avoid having to take hard decisions, Gen Bajwa was a bundle of nerves after hearing about India’s threat to attack Pakistan. So, when Choudhary stood up in NA to counter Sadiq’s claims, it was evident that the gloves were off and the PTI leader would tear rip apart Sadiq’s account by issuing clarifications on each of the embarrassing allegations.

Choudhary is a lawyer by profession. As such, one had expected him to demolish Sadiq’s claims of the Prime Minister having absented himself from the meeting in question, the army chief being a nervous wreck and the Foreign Minister pleading that the Indian pilot be immediately set free to avoid Pakistan being attacked by India, by attacking and systematically ripping apart each of these assertions.

But instead of doing so, the Federal Minister after calling the PML-N leader a big liar chose to side-line the charges levelled by him and instead started waxing eloquent on ‘Pulwama’. Though the reasons for Choudhary not challenging the embarrassing revelations made about the Prime Minister, army chief and Foreign Minister are not known, but lawyers often adopt the tactic of diverting from the main issue when their case is weak!

Those who are defending Choudhary say that though he did talk about entering India and hitting it hard, but his follow-up statement about the success achieved in Pulwama being a triumph for the Prime Minister as well as the entire nation, was actually a reference to the post Balakot air combat between IAF and PAF on February 27 last year. In support of this, they cite the later part of Choudhary’s statement in which he praises the post-Pulwama action of PAF- but this explanation isn’t very convincing for a number of reasons.

The job content of lawyers, political analysts, media anchors and political party spokesperson is such that those in it invariably become sticklers for facts, are extremely cautious as well as very precise about what they say. So, since Chaudhary has had an experience in all these fields, for him to be so causal in National Assembly as to make the humungous faux of talking about the ‘success of Pulwama’ while referring to PAF’s retaliation after Balakot air strikes by IAF isn’t convincing because there is a serious mismatch between what he has said about the post Balakot action of PAF and the what Government of Pakistan has stated.

Being a Federal Minister, it is expected that Choudhary is fully aware of and conversant with the government position on various issues, especially those pertaining to India. Therefore, if Choudhary was genuinely referring to PAF’s post Balakot retaliation and not the Pulwama terrorist attack as the “success” while speaking in NA, then why did he emphasise ‘humnay Hindustan ko ghus ke maara hai’ [we have entered India and hit it]. Isn’t the honourable federal minister aware of the Pakistan Foreign Office [FO] statement issued after the February 27 air duel which reads- “Today, Pakistan Air Force undertook strikes across Line of Control from within Pakistani airspace[Emphasis added].” Therefore, if PAF never crossed LoC, then how come Choudhary made the entering India and hitting it hard issue the main focus of his counter-argument? So, either the FO had been lying then, or the PTI Federal Minister is being economical with the truth now!

On September 16, Gen Bajwa, accompanied by ISI chief Lt Gen Faiz Hameed held a secret meeting with key members of opposition parties and advised them to refrain from dragging the army into political matters. So, when its abundantly clear that war of words between Sadiq and Choudhary is actually part of the ongoing PTI versus PML-N political battle, Director General Inter Services Public Relations [DGISPR] of Pakistan army jumping into this political fray is indeed perplexing, even if it was only to “correct the record,” because in a democracy, doing this is the job of the government and not that of the military.

Moreover, with the Federal State Minister officially rebutting the PML-N leader’s allegations on the floor of NA, and the FO too issuing a detailed clarification on the issue, where was the need for the army to encroach into the legislature’s domain by becoming the self-anointed ‘official historians’ of Pakistan? Moreover, isn’t is weird that on the one hand Gen Bajwa goes around telling political parties not to drag the army into politics while on the other hand, the army goes and jumps into political fray? But then, with more than seven decades of abuse, the Pakistan army has got so badly addicted to politics that keeping away from it probably induces withdrawal symptoms amongst its Generals.