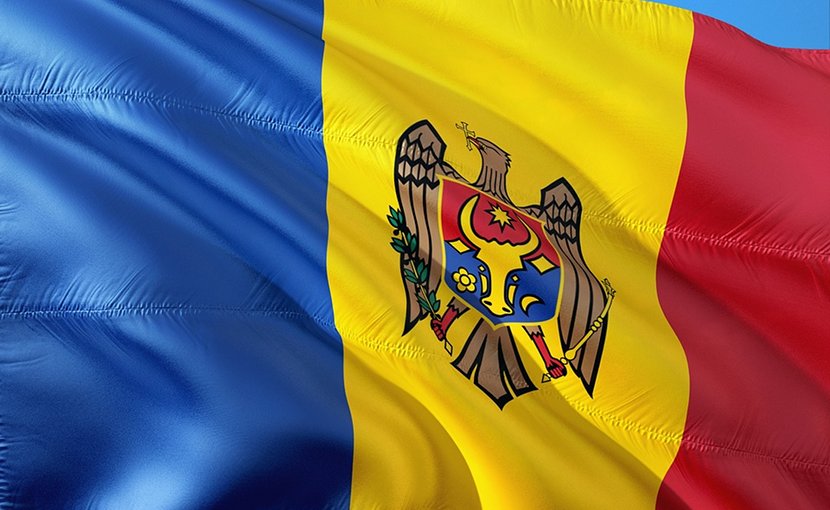 By Diana Raileanu and Robert Coalson*

But on October 28, the Central Election Committee refused to sanction the poll, arguing that the NGOs would be able to connect telephone numbers with voter preference thereby violating voter confidentiality. The CEC threatened to ask law enforcement and other authorities to investigate.

“Under the law, the CEC doesn’t have any authority to allow or disallow such research,” Valeriu Pasa of WatchDog.md, one of the organizations involved in the exit poll, told RFE/RL. “We consider this an abuse of power. We know that the current CEC leadership is politicized and is primarily trying to discredit any democratic process.”

The November 1 election is a neck-and-neck rematch of the country’s 2016 election, in which pro-Russian Socialist Party founder Igor Dodon, 45, defeated the pro-Western financial technocrat Maia Sandu in a second-round runoff by less than 5 percent. From June until November 2019, Sandu served as prime minister until Dodon pushed her out after a dispute over who should name the chief prosecutor.

Now Dodon and Sandu are the leading contenders in a field of eight candidates.

Polls show Dodon with about 23 percent support followed by Sandu with about 20 percent, and nearly 27 percent of the electorate still undecided.

The 2016 election was dogged by allegations of fraud, particularly that former oligarch Vlad Plahotnuic, who is now a fugitive facing massive money-laundering charges, used his massive media network to support Dodon and discredit Sandu and that he pressured or bribed the leader of the Russia-backed breakaway Transdniester region to mobilize its voters to back Dodon.

Ahead of the current election, observers believe the contretemps over the proposed exit poll is a bid to nix or discredit it to make possible falsification of the results easier.

“What kind of telephone exit poll is this?” Dodon said on a YouTube program posted on October 29. “What kind of organizations are these? The whole world conducts exit polls at polling stations. Someone is trying to launder 3 million leis or 150,000 euros…. What kind of objectivity can there be? Your own polls show what the situation is, that Dodon is far ahead. Don’t try to destabilize the situation. I am speaking to my political opponents, as well as to my respected development partners, particularly in the West.”

In an interview with RFE/RL on October 20, Dodon again emphasized “stability,” saying a victory for an opposition figure would initiate “a period of turbulence and destabilization” and “total political deception.”

“Even many of those who want another candidate…say, ‘No, we do not need destabilization now. We must have peace and tranquility,'” he said.

Sandu, a 48-year-old economist who heads the Party of Action and Solidarity, admits her campaign is fighting an uphill battle.

“It is easiest for those who own seven or eight television channels…to reach the voters,” she told RFE/RL. “It is easiest for those who lie constantly and make up their achievements and pour filth over their opponents. That is the easiest way to influence voters and that is what Igor Dodon, who controls so many television channels in Moldova, is doing.”

“We act honestly and speak openly with people,” she continued. “We don’t give any ‘gifts’ to voters. We just hand out informational materials about how we see our country and how we can pull it out of this swamp.”

While Dodon has emphasized stability, Sandu has pledged to combat corruption and end Moldova’s “isolation.” She notes that in four years as president, Dodon has never visited neighboring Ukraine or the country’s leading trading partner and western neighbor, Romania.

According to a survey by the International Republican Institute in August, more than 70 percent of Moldovans believe the country is heading in the wrong direction. Voters said the most pressing issues for them were unemployment, low wages, poor governance, and the coronavirus.

In the booklet, Tirdea alleged that Moldova was engulfed in a network of NGOs that are like “an octopus that has infiltrated all branches of power, the mass media, and academia.” He alleged that organizations are funded from abroad for the purpose of “denigrating particular politicians and parties and for supporting others.”

“Such actions are intended to discredit civil society, which is a fundamental part of our democratic institutions,” he said. “They send a very bad signal to Moldovan society.”

Moscow has reinforced such allegations. Foreign Intelligence Service (SVR) Director Sergei Naryshkin issued a statement on October 19 accusing the United States of interfering in the internal affairs of “countries friendly to Moscow.”

“We clearly see that the Americans are preparing a ‘revolutionary’ scenario for Moldova…,” Naryshkin said. “They are not satisfied with the current head of the government, [Igor] Dodon, who favors constructive relations with the countries of the [Commonwealth of Independent States], including Russia.”

He added that the U.S. Embassy has been inciting the Moldovan opposition to organize mass protests if Dodon is declared the winner and to demand the nullification of the elections results.

“NGOs and media affiliated with the United States are already distributing fake information about the government’s plans to resort to falsification,” Naryshkin said.

In a roundtable discussion with Russian editors published on October 14, Russian Foreign Minister Sergei Lavrov accused the United States of “trying to establish absolute control in Moldova and to provoke there another abscess in the former Soviet space.”

But the allegations of interference go both ways. The same day that parliamentarian Tirdea published his book slamming Moldovan civil society, the NGO Dossier — which is financed by former Russian tycoon Mikhail Khodorkovsky, a staunch critic of Russian President Vladimir Putin — and the Moldovan NGO RISE Moldova published an investigative report charging that Moscow was manipulating Dodon and aiding his campaign.

The investigation included photographs of several Russian political consultants in Chisinau in the company of Socialist Party leaders, including one featuring Moscow consultant Yury Gudilon together with Tirdea.

In addition, the report claimed Dodon is managed by an office within Putin’s presidential administration that is headed by SVR General Vladimir Chernov, who reports to both Deputy Chief of Staff Dmitry Kozak and SVR head Naryshkin. The Dossier/RISE report said the office reviews and edits speeches by Dodon and other pro-Russian leaders in Moldova.

At the same time, polling stations in many Western countries where Moldovans live are being restricted because of the coronavirus pandemic.

In addition, Sandu’s campaign is concerned that once again voters in the breakaway region of Transdniester will be manipulated, bribed, or intimidated into casting ballots for Dodon. The Moscow-backed region, which has been de facto independent since fighting a separatist war in 1992, does not recognize the government in Chisinau. However, Chisinau considers its residents citizens and creates polling stations for them in government-controlled territory on the right bank of the Dniestr River.

Analysts note that Transdniester residents have sharply limited access to independent media from the rest of Moldova, relying for information on Russian television and media controlled by the de facto government. In addition, candidates are not allowed to campaign there. These factors, analysts say, make them more susceptible to manipulation or deception.

“There are 250,000 voters there – who are they?” Moldovan writer Vladimir Besleaga told RFE/RL. “Where do they get their information? Who is managing them? They are brought to polling stations and forced to vote as they are told…. I am not opposed to their voting, but I think they should vote in an informed way, with an understanding of what one or another candidate is proposing.”

Sandu’s campaign fears a repetition of 2016, when the separatist authorities organized buses to bring Transdniester residents to polling stations and, according to some allegations, paid them money to vote for Dodon.

Although the CEC has said it would not allow vehicles with a capacity of more than eight passengers to approach the polling stations, activists are worried that the police will not enforce the order.

“I hope that all police will conscientiously carry out their duties and will not get involved in party work as they did [during parliamentary elections] in 2019,” activist Pavel Postica, of the NGO Promo-LEX, told RFE/RL.

In her interview with RFE/RL’s Moldovan Service, Sandu said the manipulation of Transdniester voters is already having serious consequences for the divided country.

“At every meeting, people are telling us that they do not want someone who is paid 20 euros to decide their fate,” Sandu said.

Noting the ongoing unrest in nearby Belarus over the results of that country’s August presidential election, which is widely believed to have been rigged, Sandu says that the Moldovan public has no tolerance for deception.

“We will report on all violations,” she told RFE/RL. “We will appeal to the courts, to prosecutors, and to the Central Election Commission. But that might not turn out to be enough if the courts act as they did [during the disputed Chisinau mayoral election] in 2018. We will have to rely on our own strength, and we will defend the votes of the people.”

Written by RFE/RL senior correspondent Robert Coalson based on reporting from Chisinau by Diana Railean, a correspondent for RFE/RL’s Moldovan Service, which also provided additional reporting.