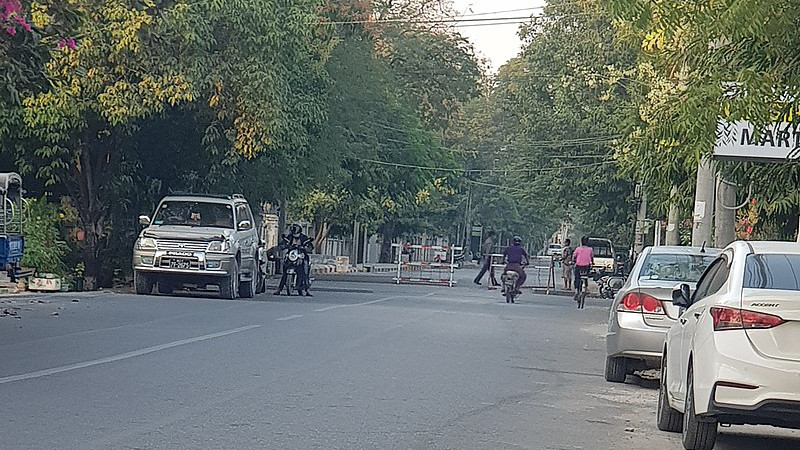 Besides being a huge setback to democracy, the coup will put off the return of two million Rohingya refugees and embitter relations with Bangladesh. But it will strengthen ties with China.

Myanmar is seeing its fourth military coup since independence from the British in 1948. On February 1, the Myanmar military called the “Tatmadaw” was in the process of taking over the country from State Counsellor Aung San Suu Kyi and President U Win Myint.

Early in the day, the military arrested Suu Kyi, Win Myint and some of the ruling National League for Democracy’s Central Executive Committee members, MPs and regional cabinet members. The state-run television service was cut off. Only the military-owned Myawaddy channel was accessible. Mobile phone services were off in the capital, Naypyitaw

According to Dr. Myo Nyunt, spokesman of the ruling National League for Democracy (NLD), the army was planning to force the President to call an urgent National Security Council meeting for an official handover of power to it. As per the 2008 Constitution, only the President can declare a state of emergency and hand over power to the military.

Significantly, the coup occurred just hours before the scheduled start of the first session of the new NLD-dominated Parliament on Monday morning. The session was to elect a President and Speaker.

The arrests followed last week’s sharp escalation in tensions between the civilian government and the military after the latter made what was perceived as a threat to stage a coup if the government failed to act on its claims of “mass fraud” in the November 2020 general elections. The NLD had won a landslide victory.

Last week, army chief, Senior General Min Aung Hlaing, told his subordinates that the military-drafted 2008 Constitution should be revoked if its laws were not being followed. Military officials had been complaining about the Suu Kyi government’s silence on their fraud claims. They had demanded the abolition of the NLD-appointed Union Election Commission (UEC). The military also demanded recount of all votes cast in the November 8 elections “with the military’s assistance”; and that the opening of the new parliament be postponed.

But the vast majority of the public do not believe that mass electoral fraud had occurred. Last Friday, diplomatic missions of the US, EU and UK, issued a joint statement opposing any attempt to alter the outcome of the election or impede the country’s democratic transition.

But this has not been enough for the military. The military also feared that if the NLD under Suu Kyi was allowed to rule as per the election results, she would change the constitution to reduce its powers. Indeed, she had made moves towards that goal. The military wanted to nip that in the bud.

The military could not stomach the rout of its civilian ally, the Union Solidarity and Development Party (USDP) and a handful of other pro-military parties in the elections. In its second straight landslide election victory, the ruling NLD won 396 out of 476 elected seats (83%) in the two Houses of Parliament, allowing it to form the next government. The USDP won only 33 seats (around 7%). Of course, the military representatives had their usual quota of 25% of seats, meaning a combined 166 military seats.

Monday’s coup bears a “striking resemblance to the scenario Donald Trump created in the US,” says Thomas Kean, a consultant on Myanmar for International Crisis Group and editor-in-chief of Frontier Myanmar, a Yangon-based media organization. But unlike in America, in Myanmar, democracy will not be restored for long. “The process of democratization will fall into a black hole. All hope for Myanmar, among its citizens and internationally, will be gone,” Kean said.

The coup has taken place when Myanmar is beset with ethnic tensions, tension with Bangladesh over the return of two million Rohingya refugees, and an on-going case in the International Court of Justice  (ICJ) in The Hague on charges of genocide against the Rohingyas.

In the last two years, clashes between the military and the Buddhist-dominated Arakan Army, an insurgent group based in the country’s West, have left thousands of militants, army men and civilians dead, and hundreds of thousands displaced in Rakhine and Chin states.

No just the army but Aung San Suu Kyi herself created tension with the ethnic minorities. Last March her government designated the Arakan Army as a terrorist organization and the Election Commission cancelled voting across much of Rakhine State.

The coup will certainly severely hamper the return and rehabilitation of millions of Muslim Rohingya refugees. They had fled to Muslim Bangladesh when the Myanmar army tried to clear Rakhine State of an Islamic militant group called ARSA and also totally marginalize the entire Rohingya community. Myanmar was hauled up before the International Court of Justice for this brazen ethnic cleansing.

There was some light at the end of the tunnel on January 19, when Bangladesh, Myanmar and China held a tripartite virtual meeting on the subject of return and rehabilitation. Bangladesh Foreign Secretary Masud Bin Momen said after the meeting, that repatriation could begin in the second quarter of 2021. He also said that China and Myanmar were positive regarding Dhaka’s proposal to have the international community’s presence in Rakhine when Rohingya repatriation happens.

Bangladesh proposed village-based repatriation of the Rohingyas, but Myanmar said they would like to start off with the 42,000 who had  already been verified out of a list of some 830,000 Rohingyas living in camps in Cox’s Bazar.

According to Bangladeshi diplomatic sources, Myanmar, egged on by China, is pitching for relocation and not a return to the native villages. The sources further said that China and Myanmar have agreed that vast stretches of land in Rakhine will be depopulated to enable the execution of Sino-Myanmar infrastructure projects linking a port in Rakhine with Kunming in China. More recently, Sino-Myanmar ties have included oil and gas as Myanmar pumps natural gas from the Bay of Bengal to China. A new oil pipeline feeds Middle East crude through Myanmar to a new refinery in Yunnan, southwest China. This has opened a new oil supply route to China, avoiding the Strait of Malacca.

A military take-over in Yangon will smoothen the way to such ambitious projects. China has close ties with Myanmar’s Generals. These were built during 51 years of military rule when Western countries imposed sanctions on Myanmar for its suppression of the democracy movement.

With China persevering with its plan to settle the Rohingya issue without the involvement of any country or international institution other than Bangladesh, Myanmar and China, the on-going genocide case against Myanmar in the ICC may lose its sting.

Dhaka could dilute its stand on genocide if that would lead to the repatriation of the Rohingyas, who are posing a major economic challenge to the country. In Bangladesh’s view, permanent settlement of the Rohingyas in Cox’s Bazar or in the Bhashan Char is out of the question.

But the million dollar question is: “Will the Rohingyas return to Myanmar when the deadly military is back in power?” If the answer is “no” Bangladesh will be stuck with the refugees and China and Myanmar will have a depopulated Rakhine for the execution of their money-spinning projects.